Joao Moreira’s brilliant form continued on the All Weather track at Sha Tin on Wednesday night as the championship leader sealed a hat-trick with a ride of composed aplomb.

On Sunday past, the Brazilian ace set perfect leader’s fractions to earn an unlikely G1 win on Time Warp, but this evening’s piece de resistance was a whole different kettle of cool as he first clung to the rail and then made weaving progress down the straight to deliver the hitherto unfortunate Righteous Doctrine (124lb) a first Hong Kong win.

“I had to go to plan B because we thought we were going to be a little bit more forward but he didn't jump as well as we were hoping – I had to ride him for luck,” Moreira said.

Trainer Michael Chang, earning his eighth win of the campaign with the 2.8 favourite, was relieved to see Moreira live up to his ‘Magic Man’ moniker in winning the Class 3 Lam Tin Handicap (1800m) by three quarters of a length.

“Joao scared me when we got the slow start but then he saved a lot of ground on the inside and he was cool and calm enough. The horse is always unlucky but this time he found the gaps,” he said. 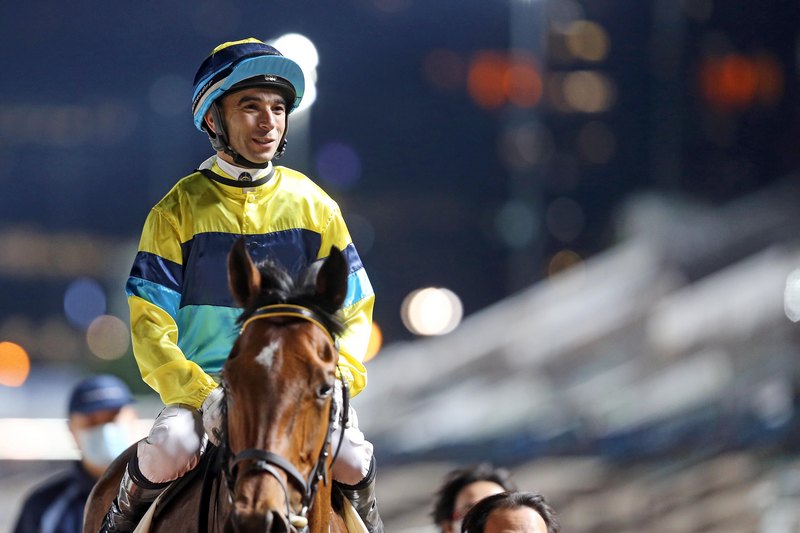 Righteous Doctrine was talented enough to place seventh in the G1 Poule d’Essai des Poulains as a three-year-old in France; almost two years on, he had gone 15 starts without a win in Hong Kong, and had hit plenty of bad luck in running, most notably at his previous start when all doors slammed shut. Tonight, they opened on cue.

“Luckily we got behind a horse that was going forward, Volpino, and the gap was appearing for him as well, and I had to gamble on the inside because I had too many horses on my outside, I couldn't get out,” Moreira said.

“The bad luck that he had last start, we got the pay-off today because he had a lot of luck to get that split!”

Moreira has bagged two wins from 10 rides for Chang this season and had four from 11 last term.

“Michael has been very good to me, he has given me some nice rides and to get a winner for him once again, I couldn't be more pleased. I hope there’s more, not just for his yard but on this horse, and I think there is,” the three-time champion jockey said.

Moreira opened his account for the night on Foodie Princess and followed that with a score on top-weight Red Desert (133lb) in the Class 3 Hang Hau Handicap (1200m), kicking clear off the turn and holding the chasing 2.3 favourite Will Power (123lb) by a length and a quarter.

Chris So’s season has been laboured but the handler saddled his fourth winner inside of three weeks when Foodie Princess nailed his second course and distance success on the bounce in the Class 4 Tiu Keng Leng Handicap (1650m).

“It was slow in the early part of the season but I think things are picking up,” So said. “Some horses needed time, those young horses, and now some of the older horses are dropping to a more suitable rating.”

Foodie Princess took 10 runs to break his maiden but is doing his part now and swooped powerfully from deep under Moreira to score by three and a half lengths.

“It seems that he’s maturing mentally, he’s calmer at the races now than he was earlier in the season. He used to be really keen in the parade ring and he sweated a lot but he’s getting better,” So said of the Sepoy four-year-old.

“He’s more relaxed in his trackwork, we’ve put him in the last batch, we’re not rushing him and he’s calmer. He’s still young so he just needs time.

“I’ll stick to the dirt with him,” he continued, “there’s no point to go to the grass as long as we have the options for him in this class; I think he’s good at 1800 metres also, so there’s a race in March he could go for.”

Viva Council put in a tough run to win the section two of the Class 4 Po Lam Handicap (1200m) under Dylan Mo. The Peter Ho-trained six-year-old raced without cover outside the leader, three deep on the turn, and fought on under Mo’s drive for a deserved fifth career win.

Hidden Spirit won the Class 5 Yau Tong Handicap (1650m) to maintain Neil Callan’s purple patch for the Paul O’Sullivan stable. The jockey and trainer have teamed for four wins, all from only 13 pairings since 1 January.

Striking Mr C bowled along in front and kept on going under Derek Leung to take the night’s opener, the Class 5 Tseung Kwan O Handicap (1200m). Benno Yung’s charge opened his account off a rating of 29 two starts back and overcame top-weight of 133lb this time to strike for a second time at his 18th start. 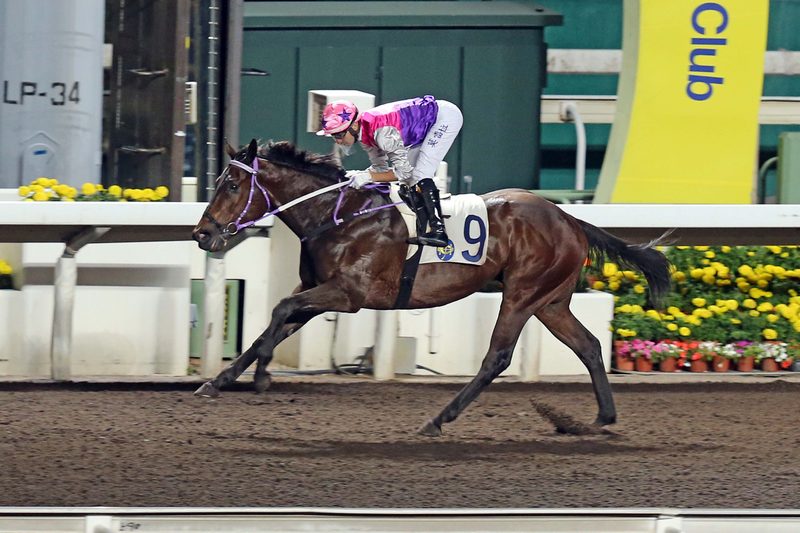