Right You Are comes out on top in promising 3YO company

The training partnership of Mick Price & Michael Kent (Jnr) continued its very healthy sequence of recent metropolitan success when Right You Are (by So You Think) landed the odds as a short-priced favourite of the $108,000 MRC Nick Johnstone Real Estate Handicap (1600m) on the Caulfield program in Melbourne.

Responsible for doubles on each of Flemington's past two Saturday metropolitan cards in Victoria, Price & Kent legged master hoop Damien Oliver aboard the progressive 3-year-old and not only ended up supplying the winner, but also the quinella of the event when stable representative Librate (by So You Think) finished second. 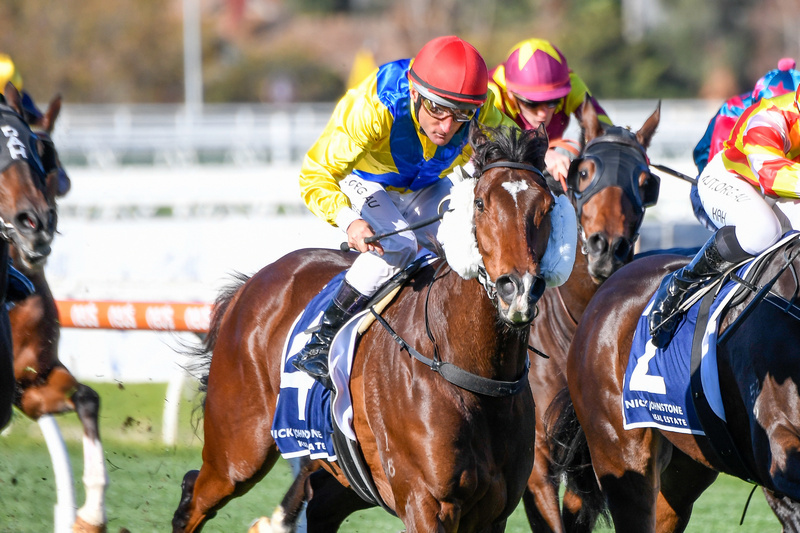 Right You Are and Damien Oliver, picture Racing Photos

Veteran rider Damien Oliver, a long-time favourite of Price, was seen at his masterful best partnering Right You Are, a rising 4-year-old and potential spring prospect. Perfectly positioned just behind the pace after breaking smartly from an inside barrier, the progressive son of So You Think was never worse than fifth at any stage of the contest and had the race in his keeping by the 100-metre mark.

Though only a short-head separated first and second on the line, it appeared as if Oliver was fully in control of the runner-up, notably the only filly in the 12-horse contest.

Represented by no fewer than three runners in the field, winning co-trainer Mick Price was at his analytical best after the victory when discussing the respective performances of his charges.

“All my three drew good gates,” began Price. “I’m not sure what happened to Smoke Bomb. We thought he’d lead and there he was out the back last. I don’t know what happened there.”

“I think he’s a really interesting horse. He’ll get 2000 metres, no problem. He’s got a good set of lungs — always clean winded in trackwork. A lovely, sound horse.

“He’s got a bit to learn but I think we’re just taking him through the grades to capitalise on these $100,000 races. Make a horse out of him.”

Price continued: “Not sure what happens [next] given that the spring is back a bit now. Whether he’ll be an early four-year-old [or not], but we’re going to play around with him. We’ve got the half-sister by Zoustar there, so we’re a bit conscious of making some value for her in black-type.

“But anyway, I think he’s got more improvement to come and I think he’s an interesting horse. He settles beautifully for 2000 metres and I think that’s when you’ll see the best part of him.”

In regards to the runner-up Librate, Price observed: “The filly ran well. She ran well against the boys. I’ll find a fillies race for her.

“She went well for Jamie Kah. She’s another one in the same boat… a So You Think that will get 2000m.

“Hopefully the two of them don’t have to meet again for her sake, but they’re both nice horses doing a good job.”

Winning jockey Damien Oliver also predicted a bright future for the winner Right You Are, though he indicated that there are still a few kinks to be straighten out first.

“He’s going along well,” claimed Oliver. “He’s a quirky bugger. He does a few little things wrong, but he’s got nice ability there underneath it.

“This is a good time of year to have him in as a three-year-old before he’s got to tackle the older horses, so I’d continue on with him. He’ll run a bit further, too.”

While Right You Are proved to be the best horse on the day, a few beaten rivals were also responsible for performances that earmarked them for future success — both short- and long-term.

Runner-up Librate did a great job in getting so close to winning considering that the filly carried equal top-weight against colts and geldings. She carries the familiar colours of Terry Jarvis and looks to be another quality member of the fairer sex to race for the prominent owner.

Third-placed Translator was doing all of his best work at the finish and there's strong reason to believe that he could have finished even closer to the winner. The son of Helmet travelled particularly strongly throughout the contest before encountering traffic problems in the straight. Like the first two horses home, he looks to be an improver with a future and running a strong 2000m shouldn't prove to be any problem.

The performance of Grinzinger Allee (NZ) in fourth was also a bottler. Well back in the field on the home turn, the son of Reliable Man flew home in the straight and is yet another of the race's protagonists worth following.

Margins of the event were a short-head by a length-and-a-quarter. 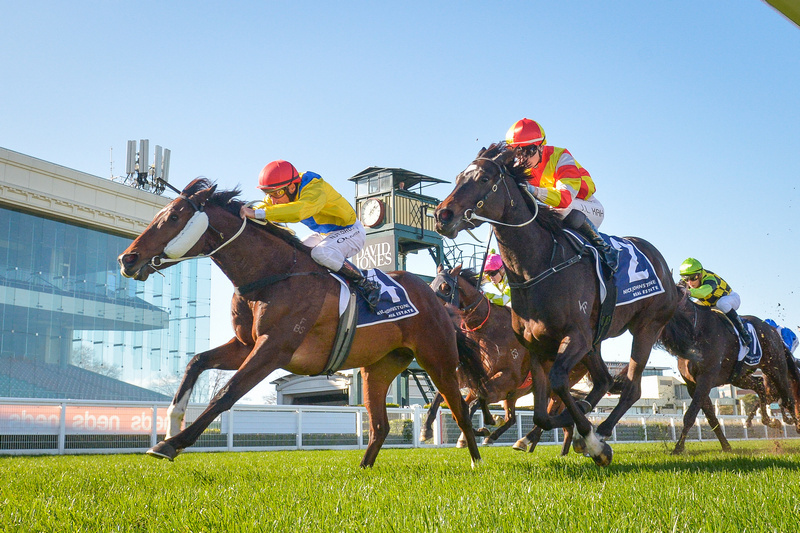 Win number three for Right You Are, picture Racing Photos