Richards excited to dust off passport

Leading New Zealand trainer Jamie Richards has experienced plenty of success in Australia over the last 12 months, he just hasn’t been able to be there to witness it.

That will all change this weekend, with the trans-Tasman travel bubble opening up next Monday, allowing him to fly to Sydney to watch three of his team compete on the second day of The Championships.

“I am going over Wednesday and coming back on Monday when the bubble opens up again,” Richards said.

“I get to dust off the passport and get over there with three really nice chances. I am really looking forward to it.”

Having three strong chances racing in Sydney this weekend has also boosted the energy of the entire Te Akau team at home.

“It’s exciting for the whole team, including Dave (Ellis, Te Akau Principal) and Karyn (Fenton-Ellis), the owners and staff, everybody has got a spring in their step this week as we head towards The Championships,” Richards said.

“We could have three horses that are going to be high in the betting and that always gives you a bit of confidence that your horses are going well, they are in the right race, and in the right form.” 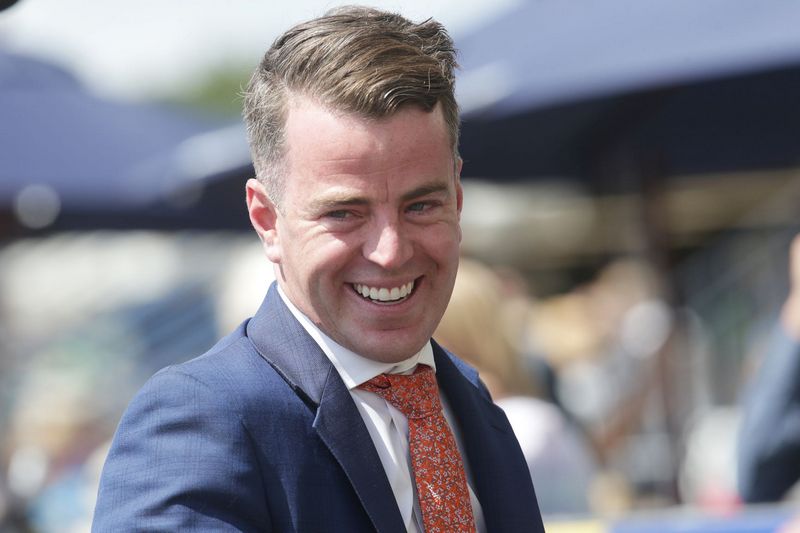 She has since pleased Richards with her 1200m trial win at Randwick last week and he believes she is primed for the Gr.1 Queen Of The Turf Stakes (1600m) at Randwick on Saturday.

“Probabeel has come up from Melbourne where she didn’t have a lot of luck in the All-Star Mile with all the rain,” Richards said.

“She has trialled well and we think this is a really nice race for her to target, a fillies and mares mile.”

While campaigning in Australia is nothing new to Probabeel, her stablemates Amarelinha and Entriviere will make their Australian debuts this weekend.

The pair travelled over to Sydney on Monday and Richards said they have both settled in well to their new environment.

Star filly Amarelinha has been dominant amongst her sex in New Zealand, and now she will attempt to expand that reign to Australia on Saturday when she contests the Gr.1 Australian Oaks (2400m).

She won her 1200m trial at Ellerslie last week in the hands of Opie Bosson, who will travel to Sydney to ride her in the Sydney Classic.

Richards has been pleased with the way she has come through her trial and said it should top her off nicely ahead of Saturday.

“She travelled over there well last night,” he said. “She is going to do a bit of three-quarter work on Thursday morning and Opie is going to go over and ride her.

“It’s a month between runs, with a trial (in-between). She seems to be in good form, I am happy with her.”

Richards is just as upbeat about the chances of Entriviere in the Gr.2 Sapphire Stakes (1200m).

He holds the four-year-old mare in high regard and believes she is up to the challenge on Saturday.

The daughter of Tavistock takes a strong form line into the race, having won five of her six starts, including the Gr.3 Concorde Handicap (1200m) and the Gr.3 King’s Plate (1200m) last start.

She subsequently beat eight-time Group One winner Avantage and exciting four-year-old Levante in a 1100m trial at Matamata late last month, and Richards believes she is on song for Saturday.

“She travelled over well last night with Amarelinha. She trialled well and appears to race well with her races spaced,” he said.

“We are pretty excited about her as a racing prospect. If she is as good as what we think she is then she is certainly up to being competitive on Saturday.”

Punter’s confidence will also be heightened with her pairing with leading Sydney jockey James McDonald in her Australian debut.

While looking forward to Sydney on Saturday, Richards will be keeping a close eye on Te Rapa where Avantage will be shooting for her ninth Group One victory in the postponed Fiber Fresh NZ Thoroughbred Breeders’ Stakes (1600m).

The week postponement doesn’t worry Richards, who is expecting another consistent run from the mare.

“She did some nice work on the course proper here this morning,” he said. “I am pleased with her.

“We have just got to keep her sound, happy, and healthy for the rest of the week, and she will be there on Saturday in good shape.”

Meanwhile, Richards is looking forward to being reunited with Melody Belle on Wednesday following her sixth-placed run in the Gr.1 Tancred Stakes (2400m) earlier this month.

She was required to undergo a veterinary inspection prior to the run after stewards reported she was tying-up after her track gallop on the Wednesday prior.

She was subsequently passed fit to run and Richards said she has come through the race well and will continue her farewell tour in Queensland after trialling at Rosehill later this month.