Reflections on The Run To The Rose

For the second week running, literally, it was all about speed at the meeting at Rosehill on Saturday, last week it was the Concorde Stakes at Randwick and on Saturday it was the three-year-old’s in the important Group 2 Run To The Rose (1200m).

The favourite for the Run To The Rose was Exceedance and the Hawkes’ trained Exceed And Excel colt ran blistering sectionals, but came third. The colt covered the final 600m in 32.59 on the Good 4 track, yet the winner Bivouac ran 32.79 and won by 2L.

A moment’s hesitation and a race was lost. Back to Exceedance again. From the 600m he ran faster times than Bivouac and second placed Yes Yes Yes, yet because he was fifth at the 600m and Bivouac second, even though he ran home faster than the two in front he could not catch them as they were extremely quick as well.

In the Group 2 Theo Marks Stakes (1300m) it was the same, Trope was ninth at the 600m while the winner Arcadia Queen was fourth. Trope had the fastest final 600m in 33.19 over the winner’s 33.33, plus the fastest time from the 400m to 200m and 200m home, but he was too far back to get close to the West Australian sprinter who made the best possible start she could to her Sydney campaign. 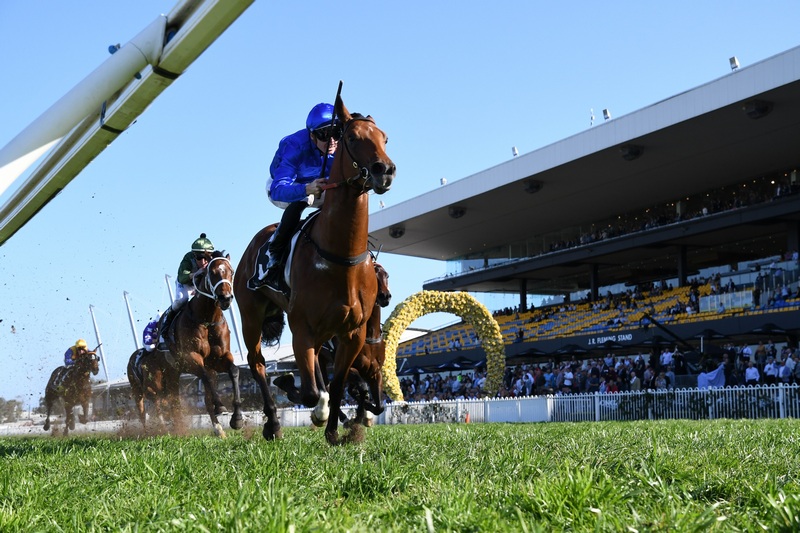 The spring so far has brought with it renewal at the highest level. For seasons there was Winx standing over every aspect of racing and she was a champion of extraordinary ability, managed with the same ability by Chris Waller and her owners.

After the retirement of any champion there is the lingering worry of ‘will the following season be the same’ without the lustre of the champ.

The transition seems to have been made with Winx now enjoying life as she should elsewhere. There is no comparison to her performances over what we are currently seeing, but there fresh signs of top level racing, but in a more normalised manner.

The colts in The Run To The Rose are all top level, Arcadia Queen has joined the fray, Trope runs like the wind and needs a barrier, Thinkin’ Big is heading to the staying heights and they join Redzel, Pierata and co in The Everest climb, plus Libertini in the fillies ranks, to name but several ready to perform over the coming weeks..

Next week at Randwick there is the Group 1 George Main Stakes (1600m) and another scorching hot sprint in Group 2 The Shorts (1100m) with Graff for one. The Cox Plate at The Valley is open and alive, there is a lot of racing to come in the same position.

The spring is only going to get better, with of course a never ending set of thanks to Winx for the memories.