For once Randwick was spared the latest Sydney deluge last week and the Spring Champion Stakes meeting was held on a Good rated track with new records including by Colada in the Group 2 Stan Fox Stakes over 1500m, with the Brazen Beau gelding expertly rated by apprentice Robbie Dolan.

Gerald Ryan’s Bottega was the favourite, but no respect for that status was correctly afforded by Dolan, who send the stablemate Colada out to the lead and while there are few 1500m races run at Randwick, to set a deep rating for the distance, they clipped Kolding’s 1.27.77 back in May by 0.34. The winning margin was 2L and Dolan’s plan had worked extremely well even if the favourite’s backers might not agree.

Tim Clark did a similar job with Cosmic Force in the Group 2 Roman Consul Stakes over 1200m with the Deep Field colt turning the tables on Standout and leaving last season’s Group 1 winning colt Microphone behind as well.

Favourite punters behind Shadow Hero in the feature Group 1 Spring Champion Stakes over 2000m might have had a few nervous moments when the field were crossing the 500m mark. Just Thinkin’ was going well under Clark out in front and Mark Newnham’s Shadow Hero under Josh Parr was fourth at the 400m with a lot of work to do.

However, Parr brought the Pierro gelding home with a strong run in the middle of the track. Just Thinkin’ found his stamina limitations and Battenburg (NZ) and Rachael King were trying to hold Castelvecchio and Brenton Avdulla at bay, but Shadow Hero had the measure of both to go by and away to a 1L win.

It all turned out well in the end, but Parr still gave a mighty blow as he pulled Shadow Hero up for the winner’s sash to be attached for the Hong Kong based owners to proudly lead the horse back to the winner’s stall. Group 1 racing brings Group 1 pressure. 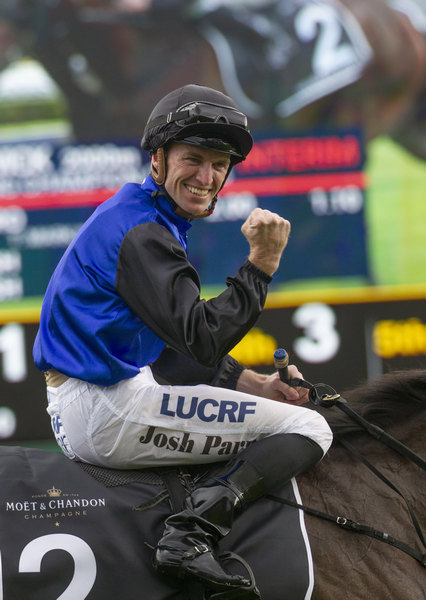 The win was well received with the owners flying in for the race and by Newnham and Parr, two of the good people of the industry.

Onwards to the Group 1 Victoria Derby (2500m) with Newnham holding an interesting hand for the three-year-old classics at Flemington with Shadow Hero the $2.30 favourite with TAB for the Derby and the Hinchinbrook filly Celestial Falls the $8.00 second favourite for the Group 1 Kennedy Oaks (2500m). It would be quite some double to pull off.

Eyes turned throughout the meeting to the broadcast from Caulfield’s great meeting.

The Cox Plate this year will be intriguing with Cape Of Good Hope(IRE) showing he has his outstanding family’s talent, that he can travel like his brother Highland Reel (IRE) and perhaps go two better than the latter’s third to Winx and Criterion (NZ) in the 2015 version of the race.

Flit and Super Seth prevailed in their respective Guineas and the late Deep Impact sired Fierce Impact (JPN) to claim the Toorak Handicap. Then Trekking claimed the Schillaci Stakes and the final piece of The Everest slot puzzle for Godolphin.

Next week Caulfield hosts the $5m, Group 1 Caulfield Cup (2400m) as the feature and Randwick the $14m, The Everest (1200m), an extraordinary amount of money for distribution with international players at both venues.

Next week Randwick has not just The Everest, but two Group 3’s worth $500,000 apiece, yet on Saturday there were two Group 2’s with one worth $300,000 and the other $250,000. The Pattern is being tampered with and care is required to ensure it does not become distorted, it is after all the backbone of the industry. 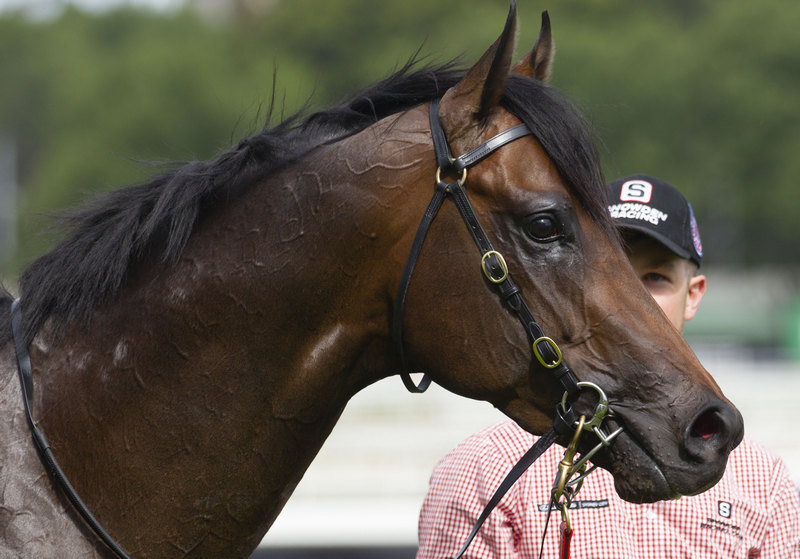