Saturday was meant to be the day of the three-year-old’s at both Rosehill and Caulfield, however with Caulfield’s motorway lane along the rails making passing prohibitive neither Super Seth nor Bivouac were able to reward favourite punters. It was best left to Rosehill to display the promise of the upcoming weeks.

Promise there certainly is after the Group 2 Hobartville Stakes (1400m) with a case for virtually each of the field for their next assignments.

The winner Brandenburg (NZ) had been left unnoticed by punters with Microphone the favourite elect. While the Burgundy colt had flown under the radar he had the extraordinary record of not being out of a place in each of his previous seven starts including two seconds at Group level.

Added by a strong ride by Rachel King the colt rose to the task of sitting outside Microphone and then being stronger in the straight using the middle of the track with Microphone on the rails.  Reloaded came home well to snatch second from Microphone and his time on the podium in first place will come.

Behind the placegetters Group 1 winners Shadow Hero, Castlevecchio and Warning all showed that they were on track for longer distances. Mark Newnham’s Shadow Hero posted the two quickest sectionals of the field from the 600m to the 200m, positively sprinting from the 400m, when eighth, to the 200m, when fifth, in 11.27.

He was allowed to tired for the final 200m, so just to show they were not outdone Castlevecchio closed that section out in 11.62 as the quickest, Warning in 11.77 and Shadow Hero in 11.88. That from runners who are best over 1600m and beyond, so it was slick work and reeking of anticipation of what is to come.

By way of comparison Brandenburg’s time for that final split was 11.97, Reloaded’s 11.94 and Microphone 12.09 with their forte the early speed of the race. 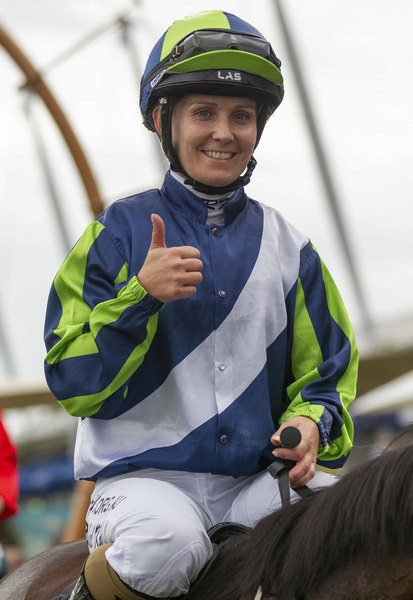 Rachel King was right to give the thumbs up for Brandenburg's win, picture Sportpix.com.au

As an aside it is an industry piece of misfortune that Brandenburg’s sire Burgundy, by Redoute’s Choice out of the Pencarrow Stud Group 1 winner Grand Echezeaux, was lost at Cambridge Stud to acute laminitis in his front feet last December. Brandenburg is a fine flag carrier and the Hobartville Stakes a mighty fine race to win.

The path for the three-year-old’s after the Hobartville Stakes is the Group 1 Randwick Guineas (1600m) at Randwick on March 7th and then back to Rosehill for the Group 1 Rosehill Guineas (2000m).

Then it will be decision time for either going forward to the Group 1 Australian Derby (2400m) on April 4th for those who can last the classic distance or heading off for lessor company or perhaps races such as the Group 1 Doncaster Mile (1600m) and Group 1 Queen Elizabeth Stakes (2000m) against the older brigade.

There was a reminder on Saturday of the fragility of two-year-old’s. The bright early flame can be extinguished quickly. Cellsabeel was the Golden Slipper favourite before the Group 2 Silver Slipper (1100m), she ended up on the third line at $11.00 after never figuring in the race and being found to be lame (2/5) afterwards.

Conversely the Waterhouse and Bott trained Not A Single Doubt colt Farnan came from a 10th place om the MM 2YO Classic on January 11th to never looking like being beaten under Hugh Bowman deputising for Tim Clark who was at Caulfield. The colt zoomed from $51.00 into the second line with TAB at $9.00 which he shares with Saturday’s Blue Diamond Stakes winner Tagaloa. Top of the market is Hanseatic at $7.00 who was second to Tagaloa without the Caulfield passing lane. There is more to come with this market until March 21st.

Next week there are the first Sydney Group 1’s of this campaign with the WFA Chipping Norton Stakes (1600m) and Surround Stakes (1400m) for the three-year-old fillies at Randwick.

There is a fly in guest appearance from Blake Shinn between his Hong Kong commitments to try for another Group 1 back home with John Thompson’s Dreamforce in the Chipping Norton.

The two-year-old’s have their separate Group 2 divisions of the Skyline Stakes and Sweet Embrace Stakes over 1200m with the winners of each guaranteed a place in the Slipper. Unrelenting and unforgiving pressure. 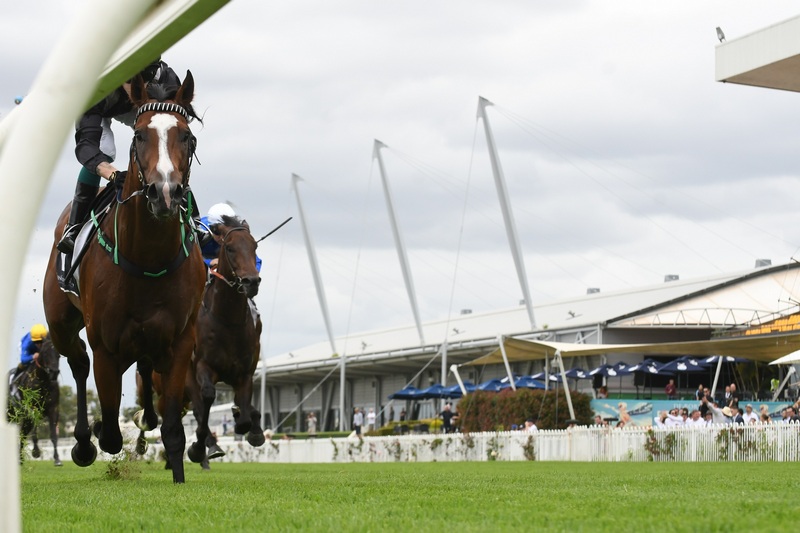 Up close to Splintex, the winner of the first of the programme and a colt going places, picture Stevehart.com.au