The defining mixture of success, hope and despair of the racing industry was on stark display at Rosehill on Saturday with the three-year-old’s containing all three in equal measures.

There was success of the highest order with the Hawkes’ trained duo of Ole Kirk and North Pacific  sharing the Group 1 Golden Rose (1400m), the stylish grey Love Tap cruising to win the Group 3 Gloaming Stakes (1800m), the untapped potential of Wild Ruler resuming to take the listed Heritage Stakes (1100m) and all four stamped themselves for hopefully further honours throughout their classic year.

Then there was the despair of Rothfire’s defeat in the Golden Rose and the subsequent news on Sunday that he has fractured a sesamoid and will be out for perhaps twelve months. Robert Heathcote’s charge came to Sydney off a near picket fence of six wins from seven races including the Group 1 JJ Adkins over 1400m in June.

He thumped the field in the Group 2 The Run To The Rose over 1200m, was invited to contest the heights of the TAB Everest next month on the 17th and the money poured in to back him on Saturday.

From the moment jockey Jim Bryne dismounted after the line for Rothfire to be led back to the mounting yard the news was not going to be good and, regretfully, it was not. A flame of brilliance was extinguished and the hopes and expectations of connections for a spring of almost unimaginable excitement gone in an instant. 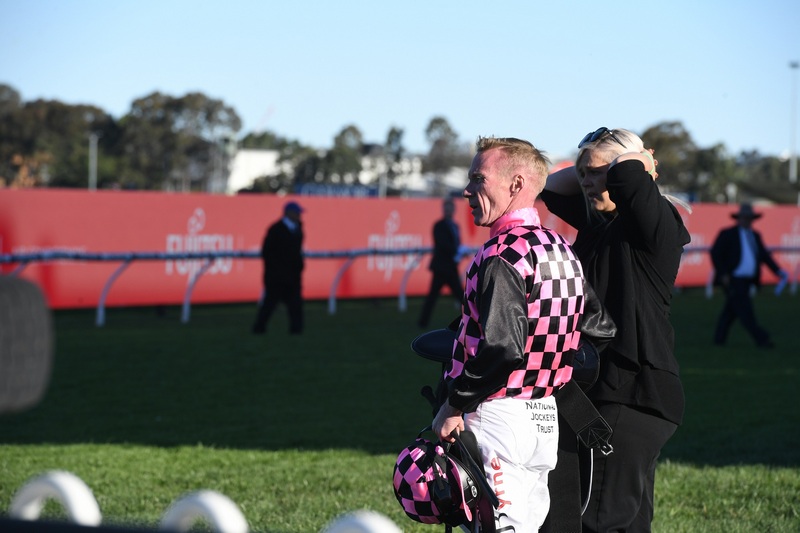 Jim Bryne and Mel Sharp, no more needs to be said, picture Stevehart.com.au

Always with racing there is the future and on display in the success of the three-year-old’s were the names of Ole Kirk’s sire Written Tycoon, North Pacific’s sire Brazen Beau, naturally the champion Snitzel was there with Wild Ruler and then there is Tapit with Love Tap.

The latter, trained by Richard and Michael Freedman, is a Dynamic Syndications runner and those in the group are now four from four with the Freedman’s carefully stepping the gelding up each time with the big one to come of the Group 1 Spring Champion Stakes (2000m) on October 10th.

From winning at Nowra, Goulburn twice and now Rosehill there is the favourite status with TAB’s Spring Champion Stakes market for those connections to contemplate. Quite a rise and the son of the North American sire has made a very distinct impression on his rider Nash Rawiller who commented that he rode Love Tap ‘like the horse I think he is’. Much more to come here.

Another on the rise is Wild Ruler who carried weight over his opponents to win the Heritage Stakes. He too is being carefully managed with the Snowden’s letting the colt grow up and perhaps the autumn will see the finished product. Paul Snowden said the Group 2 Roman Consul Stakes (1200m) on the 10th would be the next guide pole on Wild Ruler’s path and then perhaps a trip to Melbourne, all with the aim of education and the future.

The lads in the senior class needed just the 1400m of the Rose to show they are ready to punch with the best. Ole Kirk and North Pacific did just that even if they are stablemates and on this occasion Ole Kirk and Tommy Berry have bragging rights.

The lead up races for both were their stepping stones and that difference between pure sprinting and needing additional strength for further distance was right into their comfort zones. The winning margin of a head might have been further if Berry had found clear running for Ole Kirk earlier. The colt though showed tenacity in fighting off North Pacific on his outside and just when he seemed to have been headed back he came to stamp his mark, a very good mark.

In third was King’s Legacy, a super colt by the late Redoute’s Choice with the Group 1 double of the ATC Sires’ Produce and Champagne Stakes already to his name. He needs the 1600m of the latter triumph now, perhaps a race his champion sire won at Caulfield. Watch out Caulfield.

Next week it is the Epsom Handicap meeting at Randwick, an excellent spring highlight. 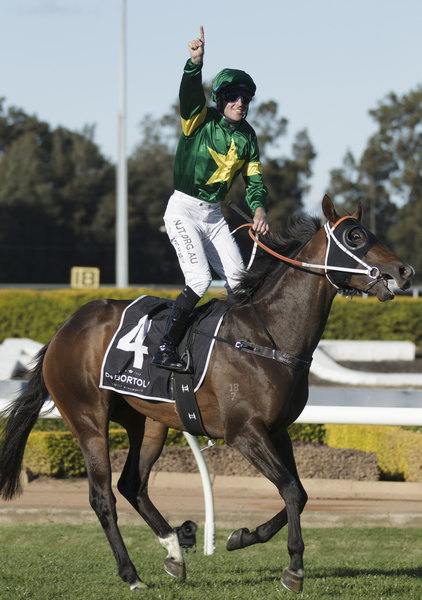