Randwick was truly alive and well for The Star Doncaster Mile meeting on Saturday, it was and felt like a proper Doncaster Day with an autumn day of bright sunshine, racing as befitting the day and a crowd that while restricted to 15,000 reacted with glamour and noise.

It was a day for the Cummings family with James leading the Godolphin charge with the excellent two-year-old’s Paulele and Anamoe and of course the Doncaster winner Cascadian (GB) and his brother Edward collected his first black type winner training in his own right with Duais. Their father Anthony was not able to match his sons, but his beaming smile as he came out to congratulate Edward was a winner in itself and he has much to be proud of.

The equine performances were just as superb. Godolphin’s Street Boss colt Anamoe was outstanding in the Group 1 Inglis Sires’ (1400m). But for drawing barrier 15 in the Group 1 Golden Slipper he would surely have that notch on the page as well, but he has his Group 1 now, mostly likely the first of several.

That win was McDonald’s 50th Group 1 and it must have been his easiest. McDonald was searching left and right to check on the opposition such was the talent of Anamoe in putting the field away from the top of straight. Once he had put his binoculars away after finding those behind McDonald cruised to the line with the good looking colt and still had 2 3/4L on the rest.

It was Group 1 win number 51 through that really raised the bar for excellence. Trainer Chris Waller talks of incremental improvements to tuning Nature Strip, so successful has the leading trainer and his team been that they have a Stradivarius on their hands now.

It was glorious to watch McDonald set Nature Strip up to do what he does best, sprint at the highest level, it was glorious to watch the six-year-old Nicconi gelding launch down the middle of the track, on an athletic pitch of fitness and finesse that was world class. It was glorious to hear the crowd respond and McDonald rightly stood high in the irons passing the line in acknowledgement. On a theatre stage there would have been roars for encores, but the whistles and cheering back to scale on the outdoor stage was the equivalent. 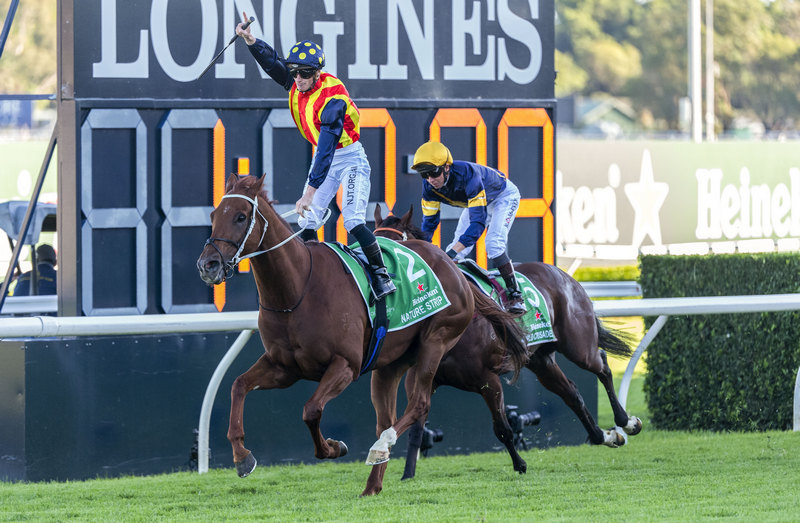 The Doncaster Mile is so much about weight, the highest weighted winner in the last ten years was Happy Clapper, also on course on Saturday, with 57kg and when Mugatoo (GB) – fourth – Avilius (GB) – fifth – Samadoubt – 16th – could not win with 56kg, Cascadian could with 53kg. Icebath (NZ), inexplicably left out of the original field, carried 50.5kg for second and Dalasan 53kg for third.

Cascadian’s win was materially assisted by Kah who found the room in the main straight to improve unimpeded  and the six-year-old New Approach gelding responded with his best performance in Australia. The Street Cry influence was to the fore again as well with Cascadian’s dam, Falls of Lora, by the late sire which bookended Anamoe’s win with his sire, Street Boss, also by the sire.

Kah’s win was another excuse for the crowd to acknowledge a fine racing feat and she will continue to be a force in Sydney in the future joining her Victorian colleagues in riding at the major Sydney carnivals.

The one non-black type race of the meeting was the Newhaven Park Country Championships Final (1400m) and Tommy Berry led the field on a merry chase leading all the way with Terry Robinson’s Art Cadeau. The success of these country and provincial series' is measured by the usual metrics, full fields, wagering, successful lead-up meetings, but also by the ability to bring connections from all corners of the state to Headquarters.

These people are not the international racing and breeding concerns, they are not splashing vast sums of money at elite yearling sales and even if they could they are probably much more circumspect about that concept. However, their participation allows them to become involved in one of the best day’s racing all season, they are right in the heart of the action of the race surrounded by media and officials as they wait to watch their race, their children, family and friends are with them, they are all there because their horse qualified.

They also know how to celebrate, country style, any style will do actually. Berry brought Art Cadeau back along the outside rail to applause. Once he was in the winners stall though the cheer squad jammed against a rail on the other side of the tunnel race took celebrations to a much higher level. They roared, whistled and chanted and loved every minute of it. We did as well and thanks for coming and winning. 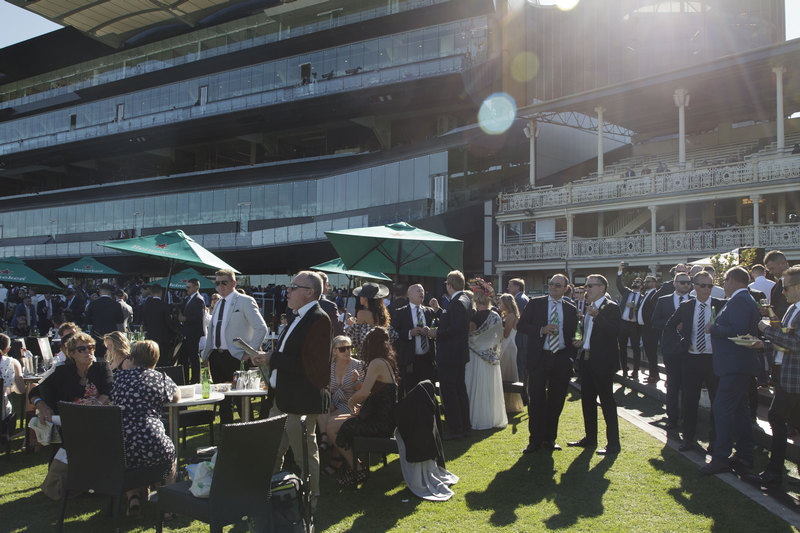