Rawiller and Eduardo dominate The Shorts

Nash Rawiller dominated Randwick on Saturday with four winners including Joe Pride’s Eduardo who claimed the well backed scalp of Nature Strip in the $500,000, Group 2 Bowermans Commercial Furniture Shorts (1100m) to open up considerable intrigue in the run up to the TAB The Everest on October 16th.

On Saturday the two locked horns very early in the trip. Eduardo and Rawiller came out well from barrier eight with Nature Strip and James McDonald soon joining them on the inside from barrier four. Crossing the top they were 3L ahead of Rothfire and Tim Clark in third.

Turning for home Rawiller send Eduardo up alongside Nature Strip on the rails and they went stride for stride pressuring each other. Nature Strip took a neck lead over the hill and were ahead, perhaps a half-length, at the 100m. Behind these two only Gytrash and Jason Collett came from the field to chase, and chase well.

Rawiller set to work on Eduardo into the final 50m and the eight-year-old found another gear and with 25m to run he had nailed Nature Strip, as well as going away, for a long neck win. Nature Strip (Nicconi) was 1L ahead of Gytrash (Lope De Vega) and Collett who had run into a pocket inside the winner, but with Nature Strip ahead.

Rothfire was fourth, 3L in arrears with Masked Crusader fifth a further 2L back. The time was 1.03.54 on the Soft 6 track with the final 600m in 35.06 reflecting the impact of the heavy rain on the track earlier in the programme. 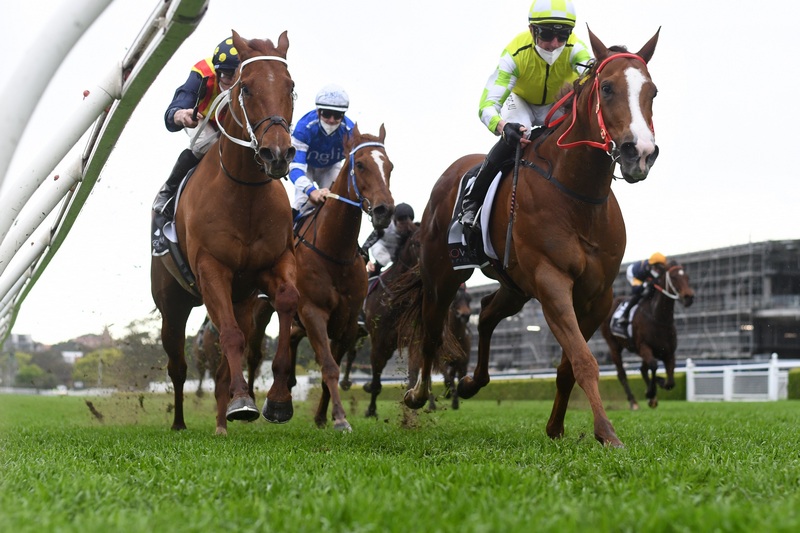 “He ran the sectionals early. I stayed out a little bit, just out of where the ground is chopping out now. Probably allowed Nature Strip to really flow up inside me. I never thought I was a chance until the 100m. It was a great effort by Joe to get him here today to be able to have a run like that with four weeks in mind. It was a bloody good training effort and the horse was just magnificent over the last 100m, very strong,” said Rawiller.

“He was going away the last 100m. He was very strong late. We have always felt 1200m was going to be good. The thing is he can relax now. With this shifty track I was pretty happy to make them run a bit early."

Eduardo, by Host out of the Fantastic Light mare Blushing, was second in the 2020 The Shorts to the eventual Everest winner Classique Legend before finishing 11th in The Everest. In March he won the Group 1 The Galaxy over 1100m at Rosehill and he finished third to Nature Strip in the Group 1 TJ Smith over 1200m at Randwick in April.

A rematch awaits for each of them, plus Gytrash, Rothfire, Masked Crusader and Lost And Running (NZ) (eighth on Saturday) in the $15m invitation sprint at Randwick a month away. 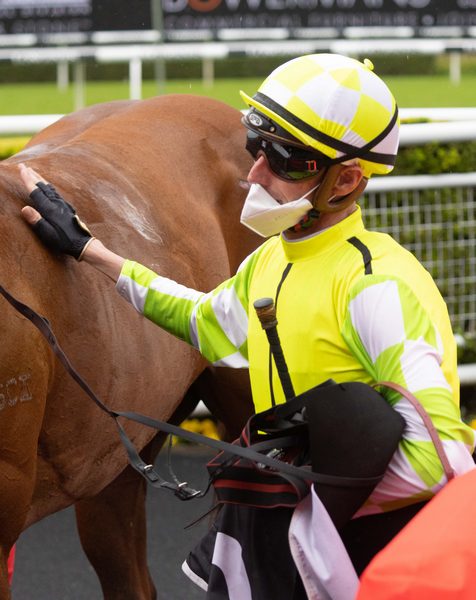 Jason Collett (Gytrash): “Chased the speed. Stayed in and it got a bit tight late.”

Josh Parr (Masked Crusader): “They went very fast. He was a long way off them but nice improvement to come.”

Tim Clark (Rothfire): “I was rapt with that performance from Rothfire. He hadn’t had a run for a long time. The track is deteriorating. Obviously there was plenty of pressure on so he can only improve off it.”

Hugh Bowman (Lost And Running): “Difficult run which cost me.”

Robbie Dolan (Adelong): “She has gone really well. If she can just get into a race where she can win she will be very competitive. She’s gone great.”