Rain no concern for Buddies and Moore

The John Moore-trained Buddies returns to the Sha Tin dirt as he looks to build on an impressive record on his favourite surface in Wednesday's finale, the Class 2 Cheung Sha Handicap (1650m).

A three-time course and distance winner, the four-year-old gelding is yet to finish outside of the top three from six attempts on the dirt track, but with showers forecast to continue through the week in Hong Kong, there is the likelihood of a wet surface this time.

Moore, though, was quick to quash any concern that the track condition would be a hindrance to the gelding’s chances.

“The conditions are perfect, he’s by So You Think and they love the cut in the ground, I’ve had a few of them and I not only think they are good in the wet but they’re good on the dirt too,” the handler said.

Moore also takes confidence from his four-year-old’s second to the improving Seattle Choice in a Class 2 on turf last time.

“His last run was very good – in fact it was above expectations when he finished second to Seattle Choice and he’s done everything right since then, so with that run under his belt, he’s going into the race a very fit horse,” Moore said. 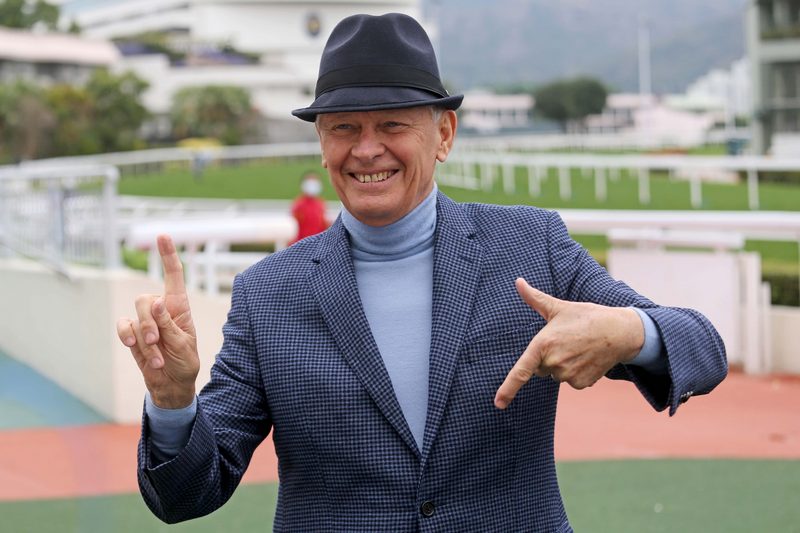 Joao Moreira was aboard Seattle Choice on that occasion but will take the reins for the first time aboard Buddies. The pair will break from gate three with 126lb allotted as the equal third-highest rated horse in the field of 14.

“Buddies got beaten by a very good horse the other day and he made it very tough for the winner (Seattle Choice); he just needs to produce the same form he produced the other day and we know the surface is not a concern,” Moreira said.

Moore added: “He’s actually a versatile horse, I thought he’d be a little underdone the other day but the way he hit the line was impressive.

“We have a very fit horse going into this contest, so I’m hoping he can take that run from the other day into Wednesday and improve on that and he’s got to be a hard horse to beat, especially if it’s sloppy,” he added.

Moreira leads the current jockeys’ standings with 94 wins following a five-timer at Sha Tin last weekend, with 14 of his season’s total coming on the Sha Tin dirt from a total of 53 rides. Hong Kong’s last all-dirt meeting in February saw the Brazilian secure a running treble.

“Buddies seems a very good ride - he’s been proven on the surface and he’s a horse that has plenty of gate speed, so he should be up there on the pace,” Moreira said.

“The gate also helps us out a little bit, so let’s hope he brings his best and I’m quite confident that he is a winning chance.”

Glorious Artist (133lb) was fourth in the 2019 KOR G1 Korea Cup (1800m) and returns to his preferred surface with trainer Frankie Lor pleased with his gelding ahead of Wednesday’s test.

“His form’s good, everything is good - this time though he carries a big weight so we’ll see how he goes. I think the 1650 (metres) is ok but I feel the 1800 (metres) is better, but still this should be ok as there aren’t too many suitable races for him,” Lor said.

Three-time champion jockey Zac Purton again hops in the plate and will be looking to secure his fourth course and distance score atop the Zoffany gelding.

Also in the race is Dances With Dragon (128lb) who Purton partnered to victory last start, though this time it will be Blake Shinn aboard for trainer Caspar Fownes.

“He’s been very good, I’ve given him two trials on the surface and he’s indicated that he probably will handle it but obviously trial conditions are very different to race conditions and the key now is the track. The weather looks like it’s settling in for this week so it’s expected to be a slow boggy track,” Fownes said.