The Mark Newnham trained Quackerjack under Rachel King defied weight and a wide barrier draw to win the $250,000, Group 2 Quincy Seltzer Villiers Stakes (1600m) at Randwick on Saturday with a last stride victory over a determined Invincible Gem.

Quackerjack carried 56kg under King to become the first winner since Monton with 58kg in 2011 to win the Villiers with weight with the most carried to victory since Monton the 54.5kg with Crack Me Up (NZ) in 2017 and Ninth Legon in 2013.

King also had barrier 11 to overcome and she did that by driving Quackerjack forward to reach the lead and the rails at the 1000m. Then the question was would the energy spent in that forward movement take away from the finish.

The answer was no. At the 400m Quackerjack and King had 2L on the rest of the field. They were still leading at the 200m and 100m. Then Invincible Gem with top-weight of 59kg under High Bowman came with a strong challenge inside again the rails. The last 10m was head for head with Invincible Gem seeming to have the edge, then right on the line Quackerjack had his head down as Invincible Gem’s went up and the margin was a nose to outside.

Invincible Gem was leading again a stride after the line, but Newnham and King’s leading policy had succeeded and Quackerjack had the strength to work hard at both ends of the trip.

Invincible Gem (I Am Invincible) and Bowman were a further nose ahead of Sambro (Fastnet Rock) (56.5kg) and James McDonald in third with Goodfella in fourth, the margin a short neck. 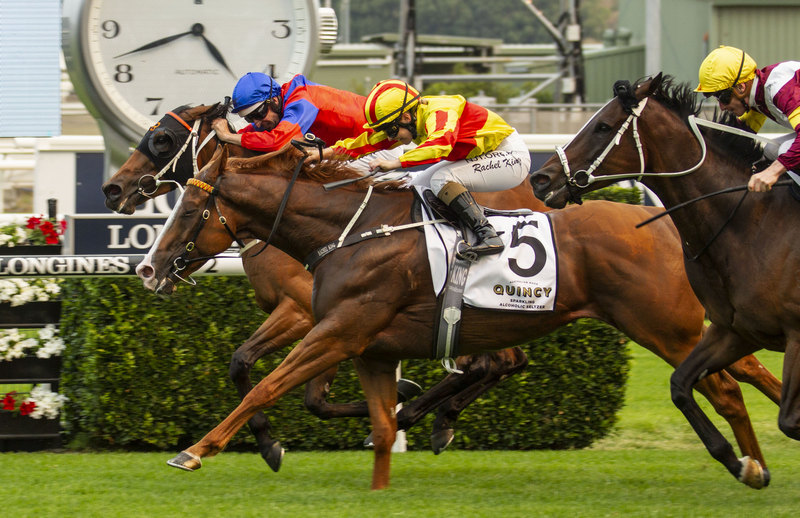 The win guarantees Quackerjack a place in the field for the Group 1 Doncaster Mile (1600m) at Randwick in April.

“Everybody loves him because he tries so hard. He gets out and does all the work himself and as soon as he looks like getting beaten he raises another effort all the time. So horses like that you have to love them,” said Newnham.

“He gets a free kick into it (Doncaster) now, he goes on wet and dry and he will probably only get 51kg so it is definitely worth having a throw at the stumps.”

“We thought for once that there might not be quite as much pressure, but there was again and he is literally the toughest horse I have ridden. He just does not want to lay down, every time he could feel that other horse coming to him he kept finding that little bit more. He sticks his head out, he is just a champion,” said King.

“He just keeps progressing, you would not think two starts ago he was only winning a Goulburn Cup, every time we ask him a question he keeps answering.” 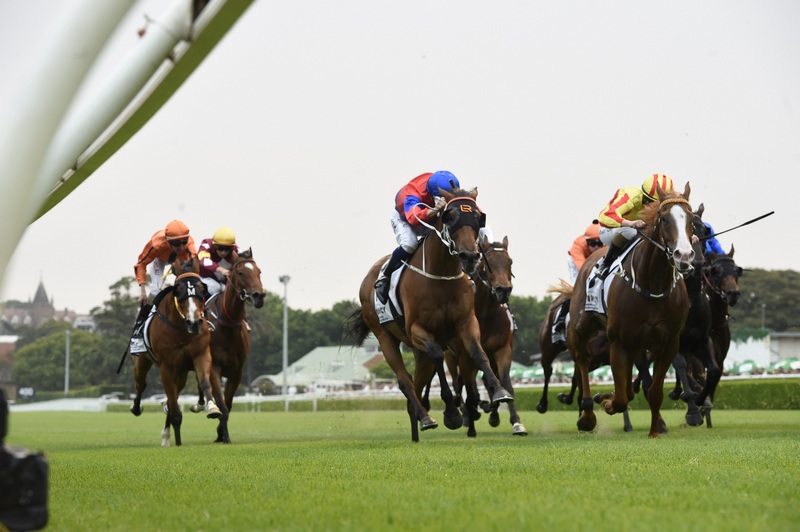 What a thriller! How can you not love this horse?! Quackerjack books his spot in the Doncaster with this gutsy win in the Villiers Stakes for @mark_mnracing and @RachelK11 @royalrandwick! pic.twitter.com/Rm2Vgh06yC