With the preliminaries all in the book here is the prospective field for the May 1 Kentucky Derby, ranked by Churchill Downs in the order of preference for the maximum 20-horse field:

If and as horses drop out from that ranking, their spots will be filled in this order: 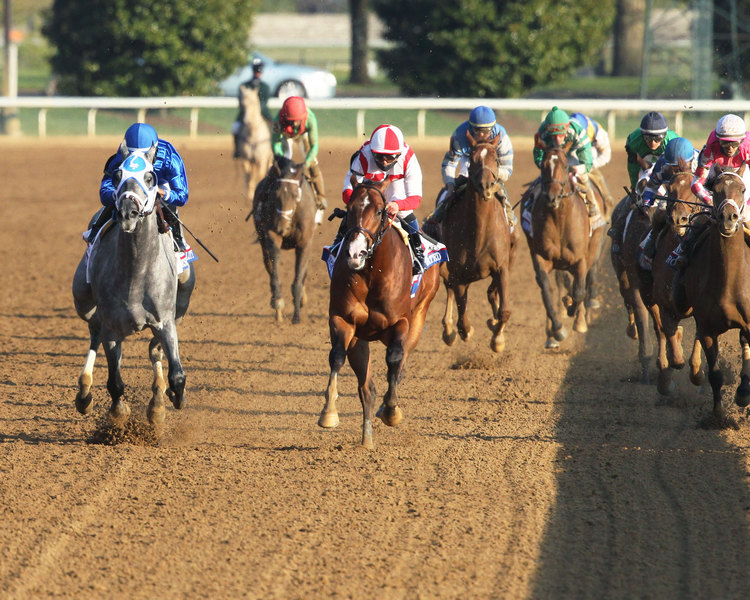 Essential Quality (gray horse), seen winning the Blue Grass Stakes at Keeneland, tops the Kentucky Derby field with the last of the preliminaries in the books, photo courtesy of Keeneland