Progressive 3YO out to make an early Impact

Tim Clark is eager to reunite with lightly raced three-year-old Silent Impact, believing he has the scope to develop into an autumn carnival contender. 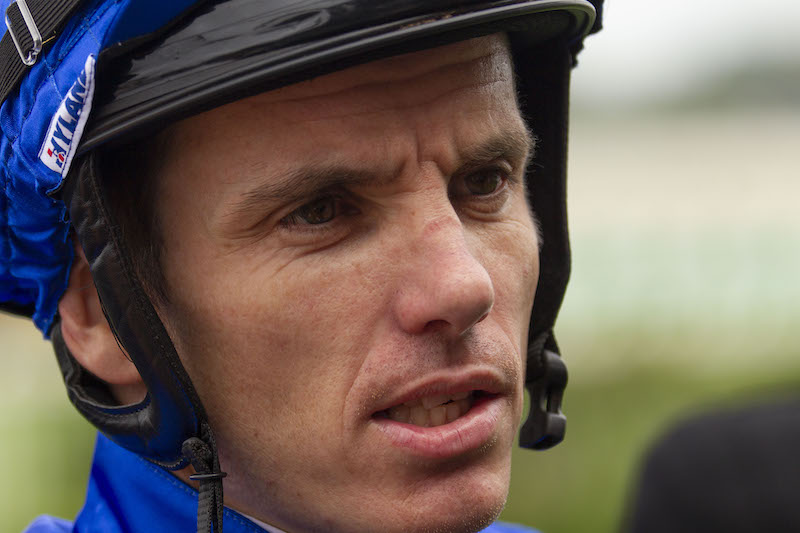 Clark has a good book of rides at Randwick on Saturday, picture sportpix.com.au

The Tulloch Lodge gelding showed potential at his initial campaign, posting back-to-back wins at Goulburn and Rosehill, before finishing just over two lengths from winner Giannis in the Listed Dulcify Quality.

A son of 2004 VRC Oaks winner Hollow Bullet, Silent Impact resumes in the Petaluma Handicap (1100m) at Randwick on Saturday and Clark regards him as the pick of his rides.

“He is definitely a horse who, if he continues to improve, it wouldn’t be any surprise to see him feature in some of the better autumn races,” Clark said.

“It’s a good kick off point for him. Hopefully starting him off that little bit earlier will help him get his rating up and get a bit of prizemoney to make sure he can get into those races if his form warrants it.”

Plymstock makes her debut in the Heineken 3 Handicap (1000m) off the back of two barrier trials, winning the latest at Warwick Farm under her own steam.

“They’re rarely put under a lot of pressure at the trials, so you are never quite sure where they can get to,” Clark said of Godolphin’s juveniles. “It’s always interesting to see how they can perform under race conditions.

“The horses up the top of the weights, Zambezi River and Emperor, have the form on the board and hopefully she can match it with the likes of them.”

Lackeen (GB) doesn’t win out of turn but Clark is upbeat about his chances in the Ranvet Handicap (1600m) after partnering him to an eye-catching fifth behind Kingsheir (GB) earlier this month.

“It was an excellent performance. He had to give away ground from a wide gate and the race was slowly run, but sectionally, he was really good to the line,” Clark said.

“He has drawn a much better barrier on Saturday, so hopefully he can race closer and I liked how he attacked the line the other day.”

Clark’s rides also include the Gerald Ryan and Sterling Alexiou-trained Steely, a $10 chance for the feature Carrington Stakes (1400m).