#11 Who’s Horse is better than his record suggests and the soft gate could spark significant improvement if he plans to roll forward and lead under Ruan Maia. #4 Iron King is another who is better than his recent record suggests. He trialled well recently and appears capable of turning his form around. #3 Regency Poet rarely runs a bad race. Still, he is winless but with even luck he can finish thereabouts. #10 Alloy Star is next best.

#5 Cordyceps Two caught the eye in a recent trial down the straight, crossing the line third with relative ease. He can make his presence felt on debut. #4 Amazing Rocky gets the stand-side draw. Suspect he can rally under Zac Purton and challenge in the finish. #13 Noble Desire rarely runs a bad race and, gets the services of championship leading jockey Joao Moreira. #2 Seven Heavens mixes his form but is capable of bouncing out of the ground at any time, especially down the straight.

#1 Beauty Smile is looking for a third consecutive win. He’s on the up and is capable of notching a hat-trick here over his preferred course and distance. #6 The Crown steps out for in-form handler Caspar Fownes. He’s a talent who has shown that it’s only a matter of time before he breaks through. #4 Beauty Rush can figure with the right run from gate one. #2 Team Spirit mixes his form but is capable in this grade. He’s worth including.

#11 Party Genius turned his form around to grab third last start. He just needs to offset the awkward gate and with another run like his last, he is capable of breaking through. #3 Telecom Rocket doesn’t win out of turn but he is rarely uncompetitive. He’s worth including. #6 My Ecstatic showed ability at the trials but hasn’t exactly set the world alight at the races. Still, he is racing well enough to warrant respect, especially with Zac Purton engaged. #14 Swot Troopers Wind slots in light and commands respect for the Matthew Poon and David Hall combination.

#13 Fire Ball is looking to snap a run of two consecutive runner-up efforts. He’s in career-best form and his recent form suggests that a win is only around the corner. #3 The Anomaly couldn’t have been more impressive on debut, winning with ease at Happy Valley to become the first son of Real Impact to win in Hong Kong. #10 Free Foal closed nicely for third on debut. He’ll have a bit more to give with race-fitness under his belt. #1 Enchanting Start is next best.

#9 Winning Steed narrowly missed last time out. He’s becoming a costly but still, he is racing well and has shown on a number of occasion that he still has plenty of rating points to climb. #2 Bright Kid makes a welcome return to Class 4. He bears close watching with Zac Purton engaged. #12 Green Envy is in-form and always seems to run a competitive race. #4 All For St Paul’s can roll forward and play catch me if you can.

#2 Charity Fun could not have been more impressive when winning last start and he appears more than capable of stringing two together here as he plots a trail toward next month’s Hong Kong Derby. #8 Above rarely runs a bad race and is aided by the booking of Joao Moreira. #6 Arrogant is slowly but surely coming to form in Hong Kong. Any rain around and his chances are increased significantly. #7 Vincy is next best.

#12 Fantastic Way could not have been more impressive when winning on debut. He appears more than capable of remaining unbeaten here. #4 Mighty Valor returns to his preferred trip. The booking of Zac Purton commands respect. #9 Dublin Star is consistent in his spot. #11 War Of Courage can figure with the right run from gate eight.

#14 Winner Method impressed on debut with a tidy win. He steps up to Class 3 which is never easy, but he does get a handy relief in weight. #3 Valiant Dream is looking to snap a run of four consecutive top-three efforts. He has an issue getting his head in front but still, his consistency holds him in good stead and it won’t be too long before he gets one. #10 Super Axiom is a serious talent. He returns to straight racing which suits off the back a stylish trial on the dirt. #2 Trillion Win caught the eye when winning on debut. He bears close watching.

#10 Xiang Yin has been sparingly raced due to injury but, he does have considerable ability and his last-start performance indicated a sharp return to form as he closed off nicely into fourth. #2 Silver Express can roll forward and give his all from the front. He turned his form around last start and he’s capable of holding it here. #8 Compassion Spirit mixes his form but does rate well over this course and distance. #6 Regency Bo Bo is racing well and bears close watching. 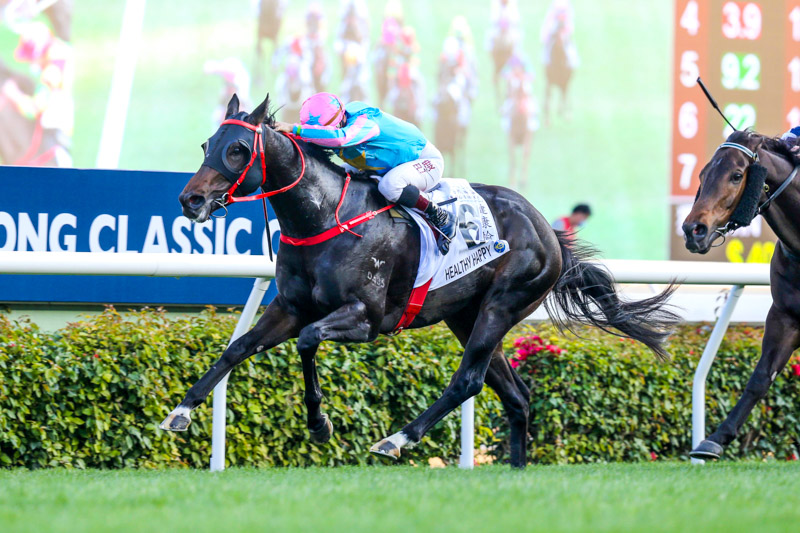