#8 Winner Method caught the eye at the trials and he now, makes his long-awaited debut. He looks to have a high cruising speed which should, see him take plenty of running down. #13 Noble Desire is racing well having finished runner-up his last two starts. #14 Bella Baby has won two out of his last three starts. He slots in light and looks capable of handling the step up in class. #2 Sell My Sole has race-experience on his side. He can return to form.

Competitive Class 4 affair. #7 Family Leader won first-up last season and does, rate to do the same again here for Joao Moreira and Caspar Fownes. #8 Rainbow Light ran with credit last start to notch a fast-closing fourth. #2 Ezra rates strongly but will need to offset the awkward draw. #11 Cheerful Star is consistent and his sole win did come with Zac Purton in the plate who does, take the reins here.

#6 Golden Four is better than his recent record suggests and he’s capable of bouncing back to his best in this grade with Zac Purton getting the leg-up. #7 Master Hero has shown plenty of ability early on and rates as the main danger with Joao Moreira engaged. #4 Charity Grace is looking for back-to-back wins but the wide gate is a slight issue. #12 Apex Top slots in light and does draw well with gate three.

#2 Sea Of Life is looking for back-to-back wins. He won well last start and does rate as the one to beat here, especially as he remains in the same grade following that impressive effort. #8 Juneau Park is also looking for back-to-back wins. John Size and Alexis Badel have proven a formidable combination all season and this galloper commands respect. #5 Flagship Glory steps out for his Hong Kong debut. He trialled well and commands respect with Joao Moreira up, just the wide gate on debut isn’t ideal and he may be looking for further. #12 Green Reign bears close watching as he’ll relish the step up in trip here.

#4 Wishful Thinker is racing well this term and was a strong G2 winner three starts ago. He draws well here, gets Christophe Soumillon up and looks ready to improve further following his close-up fourth in last month’s G1 LONGINES Hong Kong Sprint. #3 Jolly Banner rattled home for second in that same race. With a fast enough tempo he is capable of doing the same again here. #1 Hot King Prawn is still chasing an elusive G1 score. He owns a slick personal-best over this course and distance and does, rate strongly from gate two with Joao Moreira taking the reins. #5 Computer Patch is next best off the back of an eye-catching trial.

#11 Entrusted turned his form around to grab an eye-catching third last time out against strong company. He can improve off that effort and with even luck from the draw, win this for jockey Antoine Hamelin who last Sunday, rode five winners. Chances are #5 Arrogant rolls forward to try and pinch this. He has a big race in him nearing and he might be worth taking a chance on here. #12 Natural Storm is a consistent stayer from the Ricky Yiu barn. He’s looking to snap two consecutive runner-up efforts and jag his third win Hong Kong here. #6 Blastoise is next best.

#1 Golden Sixty is Hong Kong’s outstanding miler and he’s capable of scoring his 12th consecutive win here and second G1. This is his race to lose off the back of his brilliant recent form. #5 Rise High has caught the eye at the trials as he returns from a lengthy layoff with injury. He has the ability and it’s going to be interesting to how much he can really test Golden Sixty but his lack of race-fitness isn’t ideal. #2 Southern Legend rarely runs a bad race. Last year’s winner #3 Waikuku is next best.

Competitive and exciting field assembled for the first leg of the Four-Year-Old Classic Series, the HK$12 million Hong Kong Classic Mile. #4 Healthy Happy has done nothing but impress since his debut win three starts ago and, he even followed that triumph up with another in Class 2 last start. The wide draw isn’t ideal but if he can sit close to the speed then he is capable of taking out this contest. #3 Enrich Delight is another won in style on debut. He was a touch unlucky last start and with a clean run, he arguably would have won. #1 Sky Darci rattled into a strong second at G3 level over 1400m last start after copping interference upon turning for home. He has the class edge. A mid-race move from Chad Schofield saw #12 Maximus snare a close-up second last start. He has ability and is improving nicely but may want further.

#12 Tianchi Monster is nothing short of consistent and with even luck, he is capable of getting his fifth Hong Kong win here. He slots in light with next to no weight on his back. #11 Panfield is on-the-up. He’s a three-time Chilean G1 winner who has plenty of class about him. #10 Charity Go won well last start but will now have to contend with Class 2 and, while in form he does draw poorly. #4 Reliable Team is a winner in this grade. He’s found a suitable contest stepping back from G3 level last time out.

#7 Sight Success is unbeaten across two starts and does, rate strongly to grab a third in succession here. He has plenty of upside. #3 Master Montaro can return to his best with a clean run in transit. He appears to have plenty of rating points in hand. #12 Excellent Chariot is looking for his third consecutive win. He slots in light but does face stronger opposition this time. #1 When You Believe looks ready for his Hong Kong debut off a tidy trial performance. 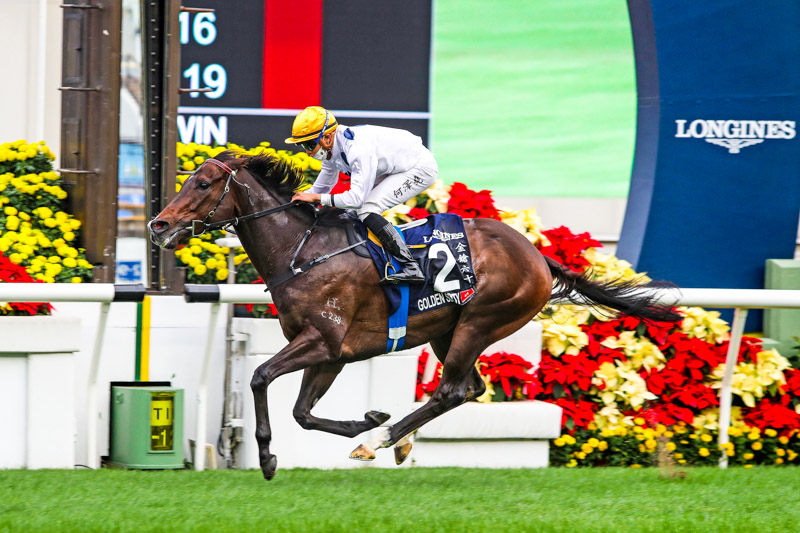