Preview and form for the All Weather track meeting at Sha Tin on Wednesday night. Selections by Declan Shuster.

#5 Royal Chocolate is winless across 24 starts. Still, he has been racing well of late and his previous trials on the surface have looked sound. He’s drawn to find the front here for Karis Teetan and with even luck early, he could take plenty of catching. #10 Exponents is a course and distance winner. He’s been consistent all term and the low draw, as well as Dylan Mo’s 4lb claim should see him fight out the finish. #12 Nashashuk has the wide gate to overcome but with the in-form Alexis Badel up he can figure. #2 Pleasant Guy is very lightly raced but has shown steady improvement across his short six-start career. He won’t be too far away.

#2 Super Red Dragon narrowly missed last time out over this course and distance. He’ll need to overcome the wide gate, but he appears to have found a suitable race to breakthrough in. #10 Mi Blanco rattled home from the tail of the field to grab third last time out. He’s proven himself as a consistent customer over this course and distance and his best should see him in the finish. #6 Sky Gem got off the mark two starts ago. His sole run on the dirt was sound as he flashed home from the rear of the field and with a race run to suit here, he can figure. #8 Hidden Spirit is a two-time course and distance winner. He should get a nice run from the inside draw which will afford him every opportunity.

#6 Wonder Brahma steps out for his first try on the dirt under race conditions. He’s trialled impressively on the surface previously and if he brings his turf form across, then he’s going to be in the thick of it. #7 Excel Delight got off the mark over this course and distance last start. He remains in Class 4 which is suitable, and another win would not surprise. #11 Iron King appears ready to finally put it all together. His last three runs have caught the eye and with Joao Moreira now taking over, he warrants respect. #9 After Me is a two-time winner already this campaign. The booking of Alfred Chan for this suggests he’s going to roll forward from the inside gate and try to pinch this.

#5 Coolceleb does his best racing on this surface, especially as a two-time course and distance winner. He’s drawn to get the right run and although his form of late hasn’t been close to his best, he’s probably going to be good value to bounce back which he has done previously. #6 Party Genius steps out on debut for Douglas Whyte. He’s caught the eye at the trials, especially on the dirt where he managed to cross the line in first. This is a suitable race for him to debut in. #9 Daily Beauty did well on debut before struggling at his latest. He trialled under a strong hold on the dirt recently suggesting that he can handle the surface and with Zac Purton retaining the ride for a third time he’s expected to be thereabouts. #4 Zero Hedge is consistent as ever. He can figure with the right run under Joao Moreira.

#1 Best Alliance narrowly missed two starts ago before struggling to make ground at his latest. Still, he’s shown the ability and with a fast pace predicted here, he’s one who is capable of capitalising on this. #12 Megatron is one of those likely to set a cracking tempo. He kept on well for second last time out and with the good gate here, he’s likely to take running down. #13 Curling Luxury is another who is likely to roll forward from the good gate. He’s consistent and as a two-time winner already this term he warrants respect. #8 Mister Monte gets the services of apprentice Alfred Chan who takes 10lb off his back. He’s another who should ensure a fast run race and with race fitness under his belt, he can cling on for a cheque.

#8 Will Power has hit the ground running since commencing his career, winning both of his starts in an impressive fashion. He’s the leading player here and it won’t shock to see him tally a hat-trick of wins. #5 Whiskey Neat caught the eye in a recent trial, closing very strongly from the tail of the field. He’s shown little across his three starts but maybe now a switch to the dirt is what he needs to go on with things. #1 Red Desert is unlucky not to have won a race already this term. He steps back into Class 3 which is suitable and from the good gate under Joao Moreira, he is capable of testing these. #3 Silver Fig returns after bleeding in early January. His best is up to this as long as he’s past that issue.

#1 Holy Heart has done everything right since his arrival to Hong Kong except win. He clearly handles the dirt as a two-time winner previously in Great Britain at Kempton Park and with a bit of luck on Wednesday night, he can go on with it. #6 Red Elysees steps on the dirt for the first time this term following largely frustrating recent run of outs. Tony Piccone takes the reins fresh off a double and with the right run he can figure. #7 Enfolding is a two-time winner already this campaign. This is suitable if he can overcome the awkward draw. #5 Volpino although winless, does have experience on his side and it should only be a matter of time.

A trip to Dubai is on the cards for #1 Big Time Baby who will need to put a big run in on Wednesday night if he wants to stamp his claims on that. He’s risen to become one of Hong Kong’s elite dirt gallopers and even still, his G3 placing last start on the grass to Big Party rates highly for this and with even luck he’s going to take beating. #3 Ugly Warrior has struggled to return to form following his Korea Sprint trip where he finished down the track. Still, a recent trial may have indicated a bounce back to form was on the cards and this race appears suitable for him to do so. #12 Elite Patch tallied back-to-back scores before going unplaced at his latest attempt. He’s drawn to get the right run and he can be a factor with only 113lb on his back. #7 Encore Boy is a two-time course and distance winner already this term. He faces a stiff rise in class here but shouldn’t be too far away if he’s held his condition.

Form for the Hong Kong Jockey Club's All Weather track meeting at Sha Tin on Wednesday. 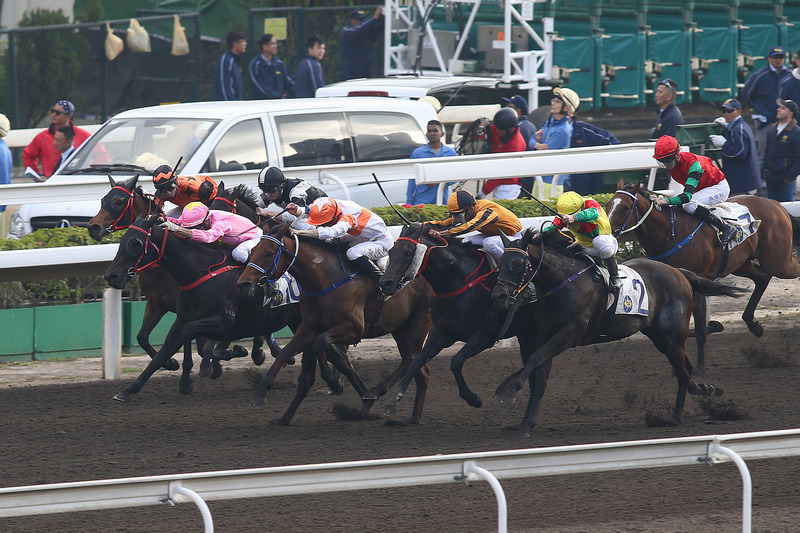