#6 Smart Of Youth raced only fairly on debut, however, his trial form prior to that run was excellent and with added experience under his belt, he can figure. #9 War Of Courage comes out of a strong race behind the runaway Luck More. He beat home Island Winner that day who has since come out and won, indicating that form is strong. #13 Trust Me comes out of the same race as War Of Courage. He’s taken time to acclimatise but he now appears ready to go on with it. #11 Aurora Steed is next best.

#12 Majestic Endeavour appears to have returned to his mark. He gets Blake Shinn on here from the right gate and his best should test these. #6 Big Bully has been consistent without winning this season. If he can recapture his best from two starts ago, he’s going to be in the finish. #10 Victorious Leader narrowly missed first-up. This isn’t overly strong and his best can capture this, especially under Zac Purton. #2 Great Harvest can figure with the right run up on the pace.

#2 Zero Hedge hasn’t won for over a year but he now appears to have found his mark. He’s had five runs this campaign to ensure he is fit and from the draw he is capable of finding the front. #3 Dollar Reward took 30 starts to shed his maiden. He then backed that win up with another and since those two outings he has been racing well. #10 Will Power is on debut for Douglas Whyte. He’s trialled fairly and could be ready to make an impression on debut. #8 California Rad caught the eye on debut. He’s open to further improvement.

#11 Virtus Star has been running on fairly well of late. He now gets the services of Zac Purton which signals intent and this race appears well within his grasp. #13 Romantic Journey has finished runner-up in his last three starts. Although he hasn't won, he’s racing consistently and it will only be a matter of time before he grabs one. #2 Golden Kid dug deep to win last start at the Valley. He remains in Class 5 off that performance which suits, as well as the inside draw. #6 Reeve’s Muntjac got off the mark last start. He’ll be thereabouts again.

#7 Authentic Champ steps out for his second start in Hong Kong. He hasn’t raced for 12 months but he has had a number of trials of late at Conghua, catching the eye in each. Suspect he’s ready to run a bold race here and depending on his price, he might be worth siding with. #1 Amazing is another who steps out for the first time this season. He’s trialled well and now gets the services of Zac Purton. #2 Wood On Fire has done well so far across his short career. He’s open to further improvement. #11 Sprint Forward is consistent and the strong booking of Silvestre de Sousa warrants respect.

#4 Cheerful Leader closed impressively to grab third last start over this course and distance. He’s shown steady improvement and the combination of Matthew Chadwick and Ricky Yiu have been on fire this season. #6 Witness Hunter has shown very little but he appeared to turn his form around last start. He can progress further with the right run. #10 Joy Master rattled home last start from the rear. He’s a course and distance winner already this season and his best commands respect. #2 Amazing Satchmo gets Zac Purton on again. He’ll be thereabouts.

#4 Elite Patch couldn’t have been more impressive when scoring his four length demolition job last start. He can repeat that effort here and in his favour is that he remains in Class 3. #1 Solomon’s Bay has the class about him and with the right run he can figure. #8 Mega Heart was competitive last start. He’s a course and distance winner previously, so with even luck he should go close. #2 Handsome Bo Bo should try to make all here. He can run them along for Matthew Poon.

#1 Decrypt finished third in this year’s Irish 2000 Guineas behind Phoenix Of Spain and Too Darn Hot and if he manages race anywhere near that level here, he’ll prove awfully hard to beat. He’s since trialled well and he’s worth taking a chance on here. #9 Perfect Match rattled home for third first-up. He can progress further up in distance and his constancy from last season warrants respect. #5 Superich struggled first-up from the tail of the field. He’s much better than that and if he can recapture his best, he’s a chance from the good gate. #11 Beauty Rush is a lightly raced Australian G3 winner pre-import. He’s capable.

He might not have put it all together yet but it’s only a matter of time before #1 Lone Eagle breaks through and it could very well come here for Joao Moreira. He’s drawn well and this contest looks suitable. #2 Lockheed has been consistent without winning but he’s shown enough to suggest that he was capable of breaking through off the right mark. #5 Big Fortune is already a two-time winner this campaign. He’s capable of adding a third under Karis Teetan. #9 Quadruple Double steps up to Class 3. He’s drawn well and should be up to this.

#10 Super Elegance flashed home from the tail of the field last start, narrowly missing by a short-head. He’s been competitive this season and with the right run, he can finally register his first win at his tenth Hong Kong start. #2 Seerite Dragon is another who made significant ground from the rear of the field last start. He can progress further stepping up in distance, it just depends how far back he finds himself in the run. #1 Packing Warrior has the wide gate to contend with but he has the class edge on a number of these. #4 Alcari is next best for the in-form Ricky Yiu stable. 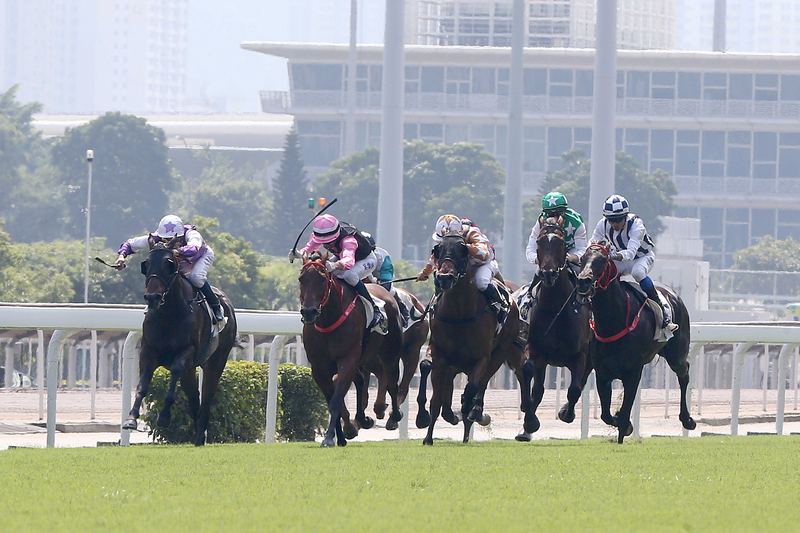