Preview and form for the HKIR meeting at Sha Tin on Sunday. Selections by Declan Schuster.

#1 Emerald Spur is looking for the hat-trick of wins. He’s racing in career-best form now for the in-form Ricky Yiu and although he has top-weight duties to shoulder, he does shape as the one they have to beat. #7 Triple Triple’s debut run was a total forgive and last-start he ran a competitive third. Further improvement can be expected here and with even luck, he’s going to be in the finish. #3 All Wongchoy has done nothing but impress across his short three-start career in Hong Kong. He’s likely to roll forward and make his own luck for Zac Purton. #8 Bright Kid is next best, especially from the inside draw.

#6 Champion Supreme flashed home from the tail of the field first-up before finishing only fairly last start. He can find his best stepping up to 1800m and with James McDonald engaged he should go close. #10 Cinquante Cinq rarely runs a bad race. He’s finished runner-up in his last three outings and his consistency warrants respect. He’s never been worse than two lengths off the winner and this is unlikely to change here. #8 I Do narrowly missed two starts ago before he was withdrawn from his latest due to a blood abnormality. He’s since trialled impressively on the dirt and if he can translate that form to the turf, he’ll be in the thick of it. #5 Vincy gets the services of Joao Moreira. He’s drawn to get the right run.

#14 Prince Of Gems gets in light with only 114lb to carry. He’s drawn a touch awkward but his last two runs have been excellent and if he finds the front he’s capable of pinching this. #3 Be Ready trialled well before his debut sixth. He can bounce back from that run as he’s shown plenty in training and he commands respect. #8 Rise High Soldier closed for a competitive third on debut. He displayed plenty of early talent then and with even luck, he’s going to figure in this affair for the dynamite combination of Vincent Ho and Francis Lui. #7 Magic Supreme is next best. He’s been training well and shouldn’t be too far away.

#10 Deirdre comes into this following a successful British campaign which resulted in G1 Nassau Stakes victory at Goodwood in August. She overcame the testing undulations to score the second G1 of her career, following her 2017 Shuka Sho success. She flies into Hong Kong following a last-start third behind Magical in the G1 British Champion Stakes and although her recent form has been over 2000m, she appears ready for the step up to 2400m here, especially as she has gotten older and she slots in on top. #1 Exultant is looking for back-to-back wins in the LONGINES Hong Kong Vase. His two runs this term have been excellent and his win last start in the G2 Jockey Club Cup rates highly for this. His form ahead of Lys Gracieux has been franked with her winning the G1 Cox Plate, however, he’s more than likely not going to be under the odds and from the widest stall he could find a bit of trouble. He’s worth opposing here as his last two runs may have taken it out of him. #11 Lucky Lilac is the last-start winner of the G1 Queen Elizabeth Stakes at Kyoto finishing ahead of the Japanese Oaks winner, Loves Only You,  Crocosmia as well as Chrono Genesis; who won the G1 Shuka Sho the start prior. She rates highly for this, especially with the current form under her belt. #7 Prince Of Arran comes into this following a promoted runner-up effort in last month’s G1 Melbourne Cup. This is a weaker edition than what he contested last year and his current form suggests that he’s going to be in the finish.

#14 Aethero is the new kid on the block and he was utterly dominant last start when winning the G2 Jockey Club Sprint, defeating the majority of this field with ease. He appears to be the real deal, both visually and on the clock and if he manages to bring his best this Sunday, he’s going to take a power of beating. #4 Hot King Prawn was super impressive in his return to racing last start behind Aethero following a bout of colic. He’s seemed to have gotten over that issue following nearly five months on the sidelines and his best is up to this. Last season he came into this following three wins and was sent around as favourite, now, he’s a five-year-old and it’s going to be a test for him but, eight five-year-old’s have won this race since the races inception - the most of any age group. He’s the main danger to Aethero and if he does manage to win, it will be a spectacular training performance by John Size. #2 D B Pin has finished runner-up in the last two editions of the LONGINES Hong Kong Sprint. He’s a rising seven-year-old now but each and every year he finds a way to peak for this and if he does the same again, he’s going to be sent around at a massive price. He’s the value proposition of the race and he’s worth backing on an each way basis, especially if he goes around higher than 40/1. #11 Full Of Beauty ran a blinder last start. He’s constantly improving and his consistency warrants respect.

#9 Monica has been in excellent form of late, falling short in her latest to Lakeshore Eagle. He was arguably the run of the race that day, closing strongly from the tail of the field to just miss. He can turn the tables here and the strong booking of James McDonald signals intent, primarily as the Kiwi rider has won on him previously. #8 Lakeshore Eagle was that horse who defeated Monica last start. He’s racing in top form also and in his favour is that he remains in Class 3 following that success. #7 Star Of Yuen Long grabbed second last start. He’ll roll forward for Vincent Ho and with even luck, find himself in the finish. Tony Millard and Joao Moreira have been in excellent form together and they combine again here with #2 Super Star. They warrant respect.

#2 Indy Champ comes into Sunday’s LONGINES Hong Kong Mile having claimed both of Japan’s premiere G1 mile races, the Yasuda Kinen at Tokyo, followed by the Mile Championship at Kyoto. He lowered Almond Eye’s colours in that Yasuda Kinen and if that’s any form to go off, then he’s going to prove difficult to get past. As well, his Mile Championship win was visually impressive and if he’s held his condition and travelled well, he’s going to give this race a big shake. #1 Beauty Generation’s win streak was snapped two starts ago when he gave away 20lb to the lowest rated horse, though, he then came out and struggled again, hinting that his era of invincibility was now over. Still, he’s shooting for his third LONGINES Hong Kong Mile in a row and if he recaptures his blistering best, he’s going to take beating. He’s still close to the same horse and he warrants respect. #10 Normcore claimed the G1 Victoria Mile two starts ago at Tokyo. She was excellent that day and her work all week at Sha Tin has been visually impressive. #4 Waikuku has come out of the Four-Year-Old Classic Series nicely, winning his latest at G2 level ahead of Beauty Generation. He’s a talent and in a competitive race, he’s going to be in the thick of it all.

The withdrawal of Almond Eye has thrown the LONGINES Hong Kong Cup wide open and of the field, #8 Edisa catches the eye. She won the Jockey Club Oaks Invitational Oaks two starts ago at Belmont, New York in impressive fashion and although this is a sharp step up in grade, she might be worth taking a chance on at a big price. #1 Win Bright is 1/1 over 2000m at Sha Tin after claiming the QEII Cup late last season. He commands respect once again as he regularly peaks for his grand final following two mediocre runs, which he comes into this with under his belt. His best is more than up to this and he’s going to be a threat in the finish. #6 Furore is the Hong Kong Derby champion who last start, turned his form around to finish runner-up behind Exultant. He’s primed for this with three runs under his belt but he’s going to need to be at his best if he’s going to fend off the international challengers. #2 Rise High looked a touch flat last start but, he’s shown previously that he can mix it at this level.

#7 Raging Storm won twice in Class 2 last season over this course and distance and a third win here would not surprise. He’s been racing well considering where he’s been settling in the run and if Ryan Moore can slot him in a touch closer to midfield, he’s going to get his chance. #2 Thanks Forever struggled last start. He’s drawn a touch awkward but dropping back to Class 2 grade here suits for him. #4 Fat Turtle is consistent. He won’t be too far away although the gate makes things tricky. #12 Aerohappiness is next best.

#4 More Than This is on a Four-Year-Old Classic Series trail and he seeks his fourth consecutive win. He’s a serious talent on the rise and although this will be his toughest test to date, he’s going to be right there in the finish. #7 Nicconi Express was an eye-catching victor last start. He displayed an excellent turn of foot that day which could see him cross the line in first again. #8 Super Oasis placed in the G1 Australian Derby pre-import and also brings some high class New Zealand form to Hong Kong. He won a trial recently and the booking of Zac Purton on debut signals intent. #10 Star Performance is next best with Frankie Dettori aboard. 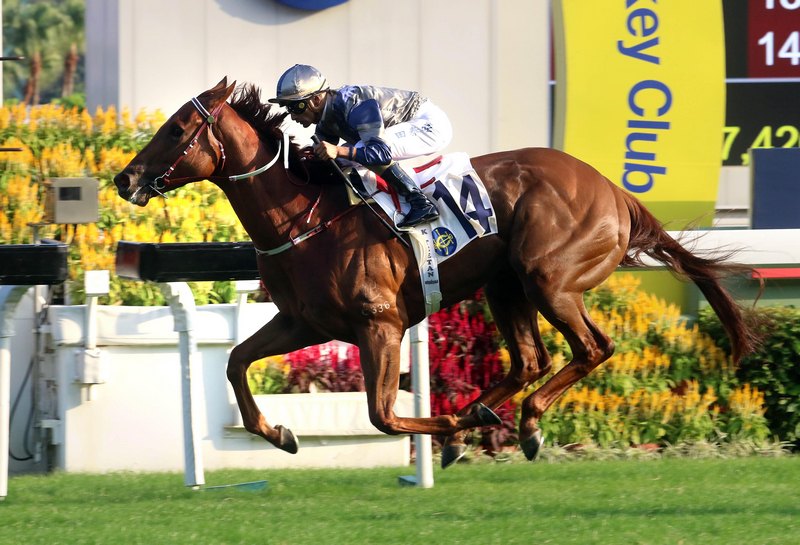