Preview and form for the meeting at Happy Valley on Wednesday night. Selections by Declan Shuster:

#7 Thunder Stomp narrowly missed last time out after attempting to make all. He rates strongly off the back of that performance and he gets his chance to go one better from the good gate. #1 Charge On returned from a lengthy stint out to finish a competitive eighth last start. He commands respect with that run under his belt. #3 More Than Enough is better than his last-start struggles suggest. He’s competitive in his spot and deserves respect. #8 Amazing Luck mixes his form but warrants respect in this contest.

#6 Triumphant Horse is still after a first Hong Kong win. He’s raced well first-up previously and he bears close watching with no trials in the lead-up to his return. #7 Red Brick Fighter is racing well with two wins from his last four starts. He draws well and gets his chance. #8 Copartner Era won well two starts ago. He gets his chance again among the small field. #3 All You Know can figure with the right run from gate one.

#1 Jade Theatre hasn’t won for a while but has returned to a more than competitive mark, especially as a Class 3 winner previously. He switches back to the turf which suits and he rates as the one to beat. #5 Universal Crown draws well and gets his chance. He’s slowly improving and he does look ready to take the next step. #7 Prawn Yeah Yeah only needs to overcome the wide gate to be competitive in this contest. #12 Wonder Brahma bears close watching having his first start for trainer Caspar Fownes.

#2 Prance Dragon is nearing another win. He’s had five runs this term and appears close to getting on the board this season, which he is, more than capable of doing. #8 Star Of Wuyi draws well and gets the services of Joao Moreira. He’s on the up and commands respect. #10 Hero Star is closing in on a first win. He gets his chance from gate one for the in-form Manfred Man yard. #11 Winner’s Heart is next best with no weight on his back.

#6 Romantic Trove is on the up and looks set to breakthrough for his first Hong Kong win. Strong booking of Zac Purton signals intent and this contest appears suitable. #9 Happily Friends is racing well and does appear to be closing in on a first win. He’s a tricky ride at times but he does have plenty of ability. #1 Stock Legend is looking to bounce back into the winner’s stall. He’s racing well. #2 Whiskey Neat draws well and gets a handy seven pounds taken off thanks to apprentice Alfred Chan’s claim. He’s worth respecting.

#1 Jolly Good Heart can find the front here from gate five. Alfred Chan takes off seven pounds which helps and the inside gate should afford him every opportunity. #8 Spicy So Good caught the eye in a recent trial. He looks set to atone for his debut struggles. #4 Joyful Win is looking for back-to-back wins. He’s on the up but he has drawn poorly. #3 Victory In Hand is racing well. He gets his chance and only needs offset the awkward draw to be competitive.

#10 Fast Pace is still on the up, and does appear to have a number of rating points still in hand. He gets his chance from the good gate with Joao Moreira engaged. #6 Helene Wisdom Star has done well since his arrival in Hong Kong. He has a bit of class about him and the booking of Zac Purton warrants plenty of respect. #11 Xiang Bai Qi slots in light. He gets his chance under Karis Teetan. #5 Turin Redstar mixes his form but he’s a threat in his spot, especially as a Class 2 winner previously.

#4 Capital Star is looking for back-to-back wins. He’s a high-class import who has taken to Hong Kong racing with plenty of ease. #1 Stanley Park is the likely leader. He’ll roll forward and play catch me if you can. #6 Kinda Cool has won two out of his last three starts. It wouldn’t surprise to see him bounce back to form, especially as his last start was too bad to be true. #9 First Responder gets his chance with no weight on his back.

#8 Shouson narrowly missed last time out. He’s done a stack of racing this campaign and he looks the one to beat off the back of his latest effort. #9 Aurora Pegasus won three on the bounce last campaign. He’s been struggling to recapture that form but with a light weight and the services of Joao Moreira engaged, he’s sure to get every chance to bounce back to his best. #1 Ka Ying Master has a bit of class about him. He draws well but does need to shoulder top weight duties. #11 Hercules is next best off the back his fast-closing third last start. 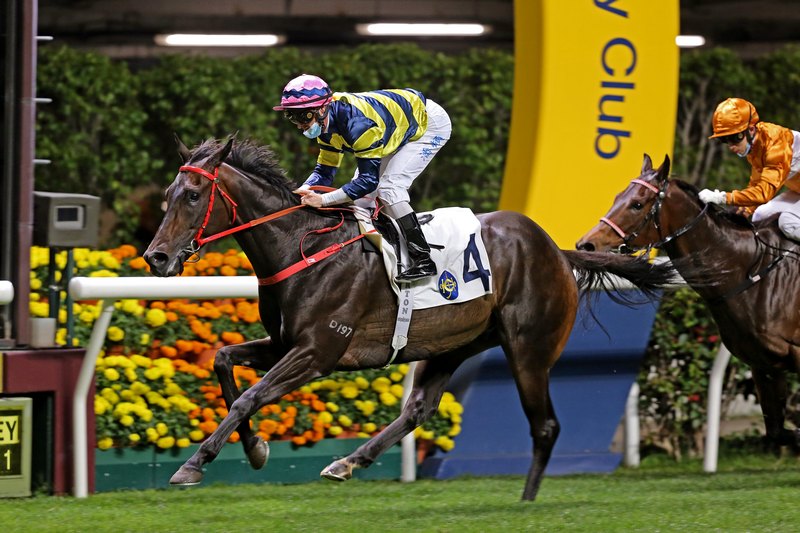