#5 Virtus Star is shooting for his third consecutive win and should get his chance to capture it. He’s in-form, draws well, remains in Class 5 and gets the services of a familiar ally: Alexis Badel. #2 Telecom Missile is racing well and Jerry Chau’s seven-pound claim holds him in good stead for this as he aims for a first win. #4 Baby Storm has steadily improved and from gate one, he should be able to finish around the mark. #9 Green Generation is next best.

#9 Indigenous Star is a two-time course and distance winner who has previously won off this mark before. He’s racing well and from gate five he should get his chance. #1 Total Power turned his form around to finish a close-up second at his final run of last season. He’s trialled leading into his first-up run and the booking of Zac Purton commands respect. #4 Play Wise was narrowly shrugged off last start. He’s notched two consecutive runner-up efforts and he can test this field. #7 Nunchuks is in-form and he shoots for back-to-back wins. He just needs to overcome the wide draw.

#5 Momentum Galaxy won well first-up and since then he has been racing well. He should be able to bounce out into a nice position from the good draw and he’s the one to beat in his spot. #9 Rewarding Together did well first-up and he’ll have taken plenty improvement from that run. The draw suits, as does the booking of Joao Moreira. #1 Hercules sits on the cusp of Class 3. He’s in-form and he should improve switching back to the turf. #2 Prance Dragon catches the eye with Zac Purton up for the first time. He bears close watching, as he is a course and distance winner previously.

#1 Cantstopthefeeling receives a welcome step down to Class 4 and now, with Alexis Badel hopping back up, he shapes as the one they have to beat. #3 Jazz Steed is in-form and gets handy weight relief from apprentice Jerry Chau. He should get a charmed run from the inside draw for championship leading trainer Caspar Fownes. #8 Ambitious Heart draws favourably and does get the services of Joao Moreira, who on Sunday, bagged a running treble including a pair of G2 contests. #4 Monkey Jewellery looks primed with three runs under his belt and he deserves respect in his spot.

#12 Tom’s Style has been working well and his latest trial at Conghua was sound. He’s first-up which is a slight concern but he has shown glimpses of ability and with no weight on his back, he just might be worth taking a chance on. #3 Grateful Heart was a tidy winner last start who looks to have plenty more rating points to come. #8 Sky Show is better than his first-up failure and he can atone for that performance with a switch back to the turf, at a course where is a one-time winner. #2 Good View Clarico is honest and should be around the mark again.

#5 King Dragon only needs to overcome the awkward draw to be competitive in his spot. He narrowly missed two starts ago and he only needs to replicate that run here to be winning. #1 Regency Master sits on the cusp of a Class 3 berth. Top-weight isn’t ideal but he’s racing well and shapes as a major player in his spot. #8 Royal Racer rarely runs a bad race and this looks to be no exception. The Moreira/Fownes combination has been on fire this term and once again deserves respect. #3 Kiram is better than his form suggests. Expect an improved run with the seven-pound claimer up.

#2 Classic Unicorn led and won impressively last time out. He rates to try and do similar again here, especially from gate one which should, allow him to roll forward under his own steam and play catch me if you can. #1 Hong Kong Win is classy, although his ascent up the handicap has appeared to have slowed. Still, he has ability and the favourable draw with the right run gives him every chance. #7 Multimillion should enjoy a good run in transit and he can finish around the mark. #8 Joyful Union is capable, only concern is that he is first-up this season, which poses a fitness query.

Tricky contest to close the card with but #8 Toycoon might be worth taking a chance on as he steps up to 1650m for the first time this season. He was competitive over the trip last term and now with two runs under his belt, he looks ready for it. #1 Holy Heart scored a deserving win last time out. He is racing well and should take plenty of benefit from that run. Suspect he can be competitive in Class 2 should he make the step. #2 The Rock scored a classy first-up win and is looking to repeat the dose here for championship leading duo Joao Moreira and Caspar Fownes. #3 Easy Go Easy Win is looking to jump out of the ground at any time. He should be around the mark. 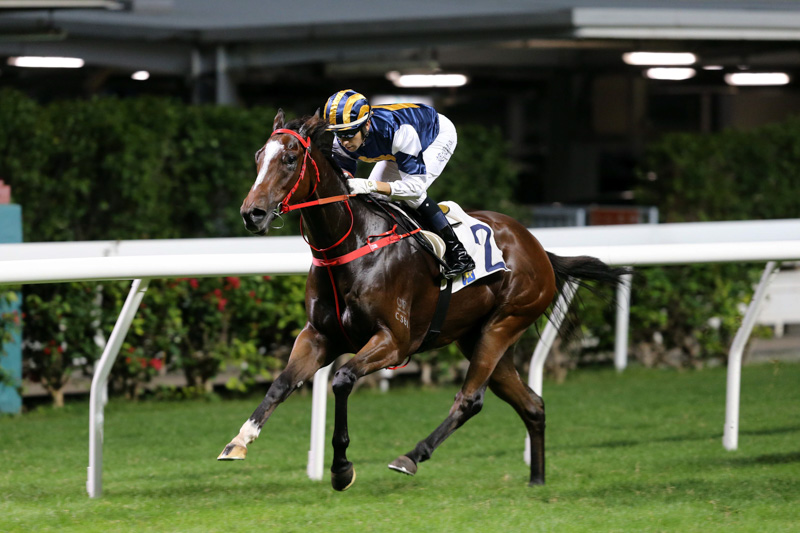