#6 Turf Brilliant was well supported last time out on the dirt and managed to keep on well for a close-up fourth. He’s shown steady improvement across his career and with that run under his belt, he does appear ready to finally go on with it. #2 Bundle Of Energy is also winless. He’s looking to snap a streak of two runner-up efforts which bodes well for this as he appears to have returned to a competitive mark. Strong booking with champion jockey Zac Purton up. #3 Hay Run snagged the second win of his career last time out, over 2200m at Sha Tin. He has race fitness under his belt and if he can offset the wide gate, then he’s a winning chance. #9 Great Smart got off the mark two starts ago. Again, he slots in with a light weight and he’s a live chance in this contest, especially from the good gate.

#4 Oversubscribed is still winless across 13 stars. Still, he has gone close on several occasions and he catches the eye with Zac Purton retaining the ride from last start. He’s the one to beat, especially from the good draw. #7 Fairy Floss is on the up. He’s another who is winless but he has shown a number of times that he can be competitive at this level. #10 Jimson The Dragon slots in light with a handy seven-pound claim from apprentice Alfred Chan. He just needs to offset the wide draw to be a live chance in this contest, especially as he has race-experience on his side. #9 Show Mission is next best but like last start, is not favoured by the wide barrier.

#8 Happy Tango tracked wide from the awkward gate last start but still, did manage to close off the race nicely for sixth at Sha Tin. Suspect he races better over this course and distance with two close-up placings to his name and it would not shock to see him finally go on with it here. #4 Sell My Sole narrowly missed last time out by a short-head over this course and distance. Once again, he does draw favourably in gate one which should see him do next to no work in the run. #3 Power King is lightly raced. He steps out from a favourable draw here and he has shown glimpses of ability prior to this. He can figure. #1 Honest Way has a weight-bearing task with 132lb on his back but in his favour is the significant improvement he has shown in Class 4.

Peter Ho is still searching for his 16th win this season to reach the Club’s required benchmark for a trainer and #2 Party Together rates as an excellent chance to give him that win here. Champion jockey Zac Purton takes the reins and with even luck, from the good gate, he can go one better here. #5 Universal Go Go finished a close-up second last time out over this course and distance. The inside draw is favourable and hi race experience holds him in good stead for a contest such as this. #8 Incanto Prepared mixes his form but did narrowly miss over this course and distance last time out. The draw is in his favour here and with even luck he should be able to finish thereabouts. #9 My Family is next best.

#1 Hero Time won well three starts ago and since then has been in good condition with two competitive runs under his belt. The inside gate suits for this contest and if he can shoulder the 133lb allotted, then he is a leading player in this. #6 Kinda Cool has shown plenty of ability early across his first three starts. He’s drawn to get the right run for champion jockey Zac Purton. #8 Jazz Steed got off the mark impressively over this course and distance last time out. The wide gate makes things tricky here but with even luck he can rattle into the finish once again. #3 Happy Good Guys is a two-time winner already this term. The in-form Jerry Chau takes the reins fresh off a double and his 10-pound claim ensures he is well weighted in this contest.

#6 High Rise Soldier is much better than his last run suggests and he can atone for that performance here. His best is more than up to this and the booking of Zac Purton enhances his claims. #2 California Rad is looking for his fourth win from his last five starts. He’s racing in career-best form and although the wide gate hinders his chances, he still does rate as a leading player. #9 Loriz’s racing pattern affords him every opportunity to win each time he runs and with another positive, on-pace run, he is capable of snagging another win. #7 Flying Bonus falls under a similar category. He’s another who is likely to roll forward and from there, take plenty of catching.

#9 Fenrir isn’t hopeless like his record suggests and if he does manage to bring that, then he is capable of breaking through albeit in a tough contest. Jimmy Ting has done a stack of fast work leading into this contest with him and with the right run, settling a touch closer to midfield, he can make his presence felt. #3 Alpha Hedge gets the services of champion jockey Zac Purton again following their success together last time out. He’s racing well and the inside gate gives him every opportunity, especially as he has to lug an added six pounds this time around. #8 Kasi Farasi was well supported last time on debut for his new stable but could only manage a distant twelfth. Still, he’s better than that and he’s worth keeping safe here as there’s every chances he turns it around. #10 Joyful Heart grabbed second last time out. The wide gate makes life hard, but if he can offset this, then he’s a chance with next to no weight on his back.

#6 Magnificent can find the front here and run them along. He’s done this twice previously over this course and distance and it would surprise to see him try the same again here, especially with Peter Ho requiring that crucial 16th win. #1 Butterfield is looking to snap a streak of two runner-up efforts. He gets a handy ten-pound claim from apprentice Jerry Chau which ensures he is well weighted for this contest. #9 Easy Go Easy Win grabbed second last time out. He’s drawn to get the right run here but against him is that he does step up to Class 2, which will make life difficult. #12 Uncle Steve is far better than his record suggests. If he’s sound he can make his presence felt here.

#4 Victoriam has gone from strength to strength of late with three wins from his last four starts. Zac Purton again takes the reins and in his favour is that he remains in Class 2 following his narrow last start victory. #7 Winning Method is looking to snap a streak of three runner-up efforts. He has the awkward gate to contend with but his consistency holds him in good stead for this. #1 Shining Ace is a three-time course and distance winner this term. He has the class to win again, just the 133lb allotted will make this difficult. #6 Encore Boy loves the dirt but did manage to run a blinder on the turf last start, closing fast to grab fourth, beaten a length. He’s right in this and bears close watching. 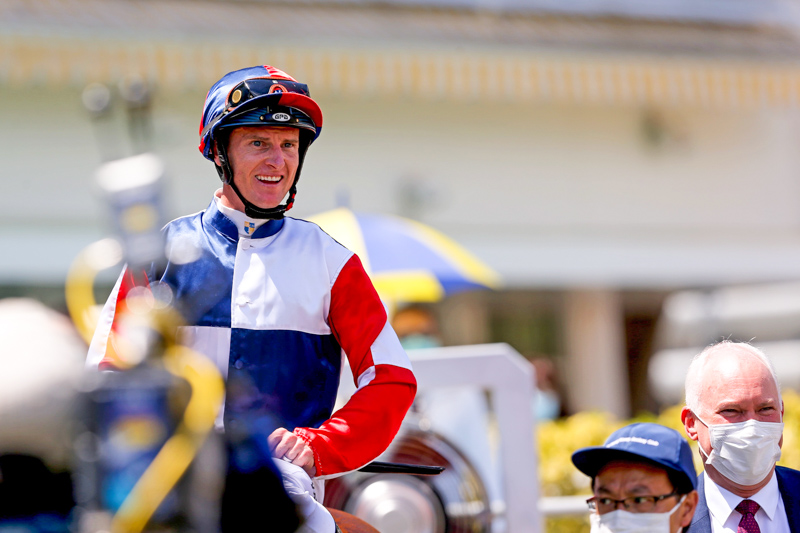