#10 Mischievous Sundae is racing well and rates strongly off his last start effort, to which he finished second over this course and distance last month with Karis Teetan up. Teetan takes the reins again here and from the good gate, he should be ultra-competitive. #9 Virtus Star is winless, however still, he has gone close on a number of occasions and this contest is more than suitable, especially as he breaks from gate five with only 118lb allotted. #1 Break Record won well over this course and distance three starts ago. He can figure from the good gate with Victor Wong’s five pound claim in use. #6 Golden General should relish the step back in trip. He won’t be too far away for Matthew Chadwick and Jimmy Ting.

#1 Split Of A Second is capable as a two-time winner in this grade and it wouldn't surprise to see him put his best foot forward here and grab a third. He’s drawn to get the right run and with that month break between runs he should fresh, fit and ready to fire. #2 Fearless Fire narrowly missed last time out by a neck. He’s a consistent customer as a two-time winner this term and again is another, who should get the right run from the favourable draw, especially with Zac Purton aboard. #12 Shining On slots in light with only 116lb allotted. He’s down to a competitive mark and his last run suggests that he is nearing another win. #6 Momentum Happy should improve switching back to the turf. He’s drawn to get the right run and will be thereabouts from the draw with the in-form Derek Leung up.

#3 Sprint Forward has the runs on the board and following on from his latest defeat, looks hard to beat in this. Champion jockey Zac Purton takes the reins here and against this field, he is more than capable of going home best. #7 Maldives lacks experience but was sound on debut, finishing sixth. The inside gate suits and under Blake Shinn he should get every opportunity. #2 Harmony N Home has the awkward draw to contend with but does get a handy seven pounds off his back thanks to Alfred Chan’s claim. He still has a number of ratings points in hand and this contest isn’t an overly difficult one, especially as a number of these are largely inexperience. #1 Xponential is next best.

#7 Multimax is drawn to find the front here from gate one with Victor Wong engaged to ride. The pair have made all previously together this term and from the draw, the duo are expected to get every chance out in front. #6 Aurora Steed is consistent albeit, still a maiden. He might find himself in the right spot here and get every chance to be hanging around at the finish. #8 Kwai Chung Elite is another who is winless. Still, he’s competitive and it’s only going to be a matter of time before he does score that elusive win. #12 Fox Cheunger breaks off a low mark. He’s drawn well and should be able to finish thereabouts for Karis Teetan and Francis Lui.

#3 Forza Angel was game in defeat last time out and with that performance under his belt, he can figure once again. He’ll lug a fair bit of weight from an awkward gate but he only needs to improve in the slightest off his latest effort to go close in this contest. #11 Ardenode gets in light with not much weight to carry. He went close last time out and off that performance rates as a leading player in this contest. He can figure with the right run for Matthew Poon. #1 We The South is a two-time winner already this campaign. He’s a very straightforward horse who can find the front for Alfred Chan and from there take a bit of running down. #4 Winner’s Heart mixes his form but has proven that he isn’t far from shedding his maiden status in Hong Kong. The gate makes life hard but this is a suitable contest for a horse of his ability.

#3 King’s Man has the runs and the wins on the board this campaign and if he’s continued to hold his condition for leading trainer Ricky Yiu, then he’s going to be a force to be reckoned with in this contest. He’s honest and is capable of adding another win to his haul here. #2 Total Power is winless across nine outings. He was only fair last start but warrants respect once again with Zac Purton sticking aboard following that performance. #9 Murray’s Partners dug deep for a narrow score last time out. He’s drawn to get the gun run once again and in his favour is that he remains in Class 4 for this. #5 Dionysus Collin broke through last start following a relatively frustrating campaign which has seen him narrowly miss on a number of occasions.

#4 Little Bird hasn’t won since last season however this term does appear to have returned to a competitive mark now back in Class 3. The draw suits, the booking of Matthew Poon suits and this contest is well within his reach. #2 Sunset Watch has shown steady improvement this term. He’s done his best racing over this course and distance and back in this grade now, he should be able to figure in the finish here. #1 Seven Heavens should relish the return to Class 3 where he is a winner already this term. The draw makes things awkward but still he has the capability to take out a contest such as this. #1 California Gungho won well last time out, making all impressively from the wide draw at Sha Tin. Expect he attempts the same again here and if he can offset the wide gate, he is going to look the winner for a long way.

#5 Diamond Brilliant has been a model of consistency all term with six placings to his name. Although he is winless, he has gone close on a number of occasions and the booking of Zac Purton for this contest suggests that they’re throwing the kitchen sink at him to win. He is capable of taking this contest out. #6 Eternal Harvest is an impressive talent from the Ricky Yiu stable. He’s a two-time winner already this campaign and he does still appear to have a number of ratings points in hand. The wide gate is tricky but Vincent Ho takes the reins, the pair strike at 24% together with 12 wins from 51 pairings. #2 Be Ready has gone close a number of times with five placings from his 10 outings. He’s racing honestly and he bears close watching with Alfred Chan up who takes seven pounds off from the inside draw. #8 Very Sweet Orange is the likely leader of this. He’ll need to use a stack of petrol early from the wide draw but he can make his presence felt if he finds the front early.

#1 Golden Spectrum steps back in trip to a distance that suits. He narrowly missed two starts ago over this course and distance by a half a length before stepping up to 2200m at his latest which saw him struggle. He’s drawn to get the gun run and over a favourable trip, he can win, especially as a G2 winner pre-import over the mile. #8 Brave King is racing well and is a leading contender from pole position. He’s on an upward trajectory and can continue his ascent up the ratings here. #3 Blastoise loves the course and distance and is another who will relish the return to nine furlongs. He’s a leading player. #2 Toycoon grabbed third last time out at his Happy Valley debut. 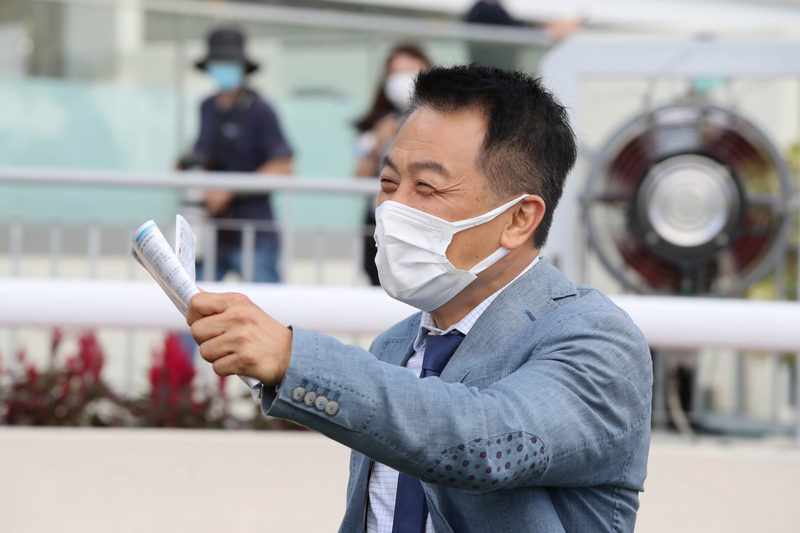