#4 Clement Legend is a four-time course and distance winner and although he’s lost his form of late, he is a proven customer and with his best, he can win. He’s drawn to get a soft run throughout from gate four which should allow him to do next to work in the small field. #1 Golden Spectrum has shown steady improvement since his Hong Kong debut seven starts ago. Latest, grabbing third over 1800m at the Valley, coming from worse than midfield when doing so. He warrants respect against this bunch, especially as a G2 winner pre-import. #3 Blastoise steps up to 2200m for the first time. He’s consistent and though he faces the rise in trip for the first time, he rarely runs a bad race and still in this grade, he can his presence felt once again. #2 Vincy mixes his form but does have plenty of ability. Whether he can piece it all together is another question but if so, he’s going to be in the finish.

#1 Ambitious Heart stepped back into Class 4 last start and showed significant improvement. With that run under his belt, and now a better draw, he gets conditions which should see him prove tough to beat, especially as a two-time course and distance winner. #10 Super Winner gets the services of Alfred Chan who is fresh off a Sunday double at Sha Tin. He takes seven pounds off his back here and if he can dictate terms to suit himself out in front, then he’s going to give himself a chance to pinch this. #6 All Best Friends is racing well and did score impressively three starts ago by four lengths. He’s back into Class 4 following that win but has been running well and warrants plenty of respect here. #8 Travel Datuk has drawn awkwardly but does get the services of Zac Purton. Must respect.

#10 Green Envy has taken to life in Hong Kong well and gets conditions to suit here. He’s drawn to get the gun run for Joao Moreira, who, from gate three should ensure he gets every possible chance up on the pace early. #1 Classic Posh remains in Class 4 following a grinding win at Sha Tin over 1400m. Zac Purton retains the ride here and with even luck, he’s going to get every chance to win his way into Class 3. #4 After Me rattled home from the tail of the field to score over this course and distance last start. He’s another who remains in the same grade following a last-start win and if he gets a race run to suit, he’s going to be thereabouts. #8 Murray’s Partners mixes his form but clearly has ability. The draw is favourable and he shouldn’t be too far away with Karis Teetan up.

#9 This Is Charisma has gone close on a number of occasions this season, namely three starts ago over this course and distance with Karis Teetan in the plate when the duo missed by half a length. He hops back up now and from the inside draw, rates as the one to beat. #4 Sprint Forward rarely runs a bad race and gets the services of Joao Moreira once again here. He wears the blinkers for the second time now which he should be comfortable with and from the gate he shouldn’t be too far away throughout. #8 Jolly Convergence has been nothing short of consistent all season. He once again, rates as a chance. #1 Sky Show was impressive last start, making all for a two length success over this course and distance. This is more difficult but he’ll once again, put himself in the race and give himself every chance.

#1 Right Honourable’s last run in Class 4 yielded a win and since then he has been relatively competitive up in grade. He steps back in class now and with Chad Schofield hopping up again, he shapes as the leading player. #11 Humble Steed is searching for his third consecutive win. Slight concern about the draw and step up in grade but he is racing well, and with the right run, can take this contest out. #3 Big Bang Bong is a grand campaigner having won four times from 63 outings. He has race experience on his side and does also get Zac Purton aboard for the first time, which alone, warrants plenty of respect. #10 Courageous Dragon is a horse on the up. He’s drawn well and should be able to get a soft run on the speed which will give him every opportunity.

#7 Everbrave kept on strongly over this course and distance last start and now, breaking from a good gate, should ensure that he gets a better chance than last time. His sole win came over the 1000m at the Valley and with the right run, he can double that tally on Wednesday. #1 Forza Angel gets the services of Zac Purton for the first time this season. He’s been racing well and this looks a suitable contest for him. #3 Daily Delight scooted up the rail to score handsomely last time out. He rattled home from well back that day and though he will need favours from the wide gate, he does still appear to have a number of ratings points in hand. #10 Prawn Yeah Yeah is next best in a competitive contest.

#5 Columbus County tallied three consecutive runner-up efforts earlier this term before finishing down the track in the BMW Hong Kong Derby. He’s worth forgiving for that run as his form prior at Class 2 level was excellent and if he can recapture that here, then he is the one to beat. #4 Super Oasis narrowly missed at his first run for Ricky Yiu last start. He’s racing well and he is going to be a threat again with that performance under his belt. #9 Helena Baby turned his form around last start to grab third. If he can hold his form out of that run then he’s a leading player among a competitive field of 10. #6 Reliable Team is next best.

#5 Best Alliance is a solid galloper on his day though can be quite hard to catch at times. Still, he finished a close-up second last start and off that performance rates strongly to go one better here. The inside gate suits him and the strong riding capabilities of Antoine Hamelin will also favour him. #9 Rich And Lucky is a lightly raced talent on the up. He’s looking for his third win this season, each time with Zac Purton, who once again takes the reins here for his Class 3 debut. He appears up to this grade. #10 Charity Wings is nothing short of consistent all the time and the light weight on his back should favour him here. #3 Flash Famous is a four-time course and distance. He’s drawn a touch awkward but he can make his presence felt with the right run.

#10 Big Fortune closed impressively at a big price last start and if he can repeat that here, then he might be worth taking a chance on. Ben So sticks aboard again and from the good gate this galloper is going to get his chance. #5 Island Shine is in form for leading trainer Ricky Yiu. He’s still racing well and the inside gate here, combined with the booking of Antoine Hamelin, and should ensure that he gets his opportunity. #6 Hardly Swears mixes his form but his blistering best is very good. He gets his chance to recapture it here and if he can, he is a leading contender, especially as he returns to the city circuit where he is a three-time winner. #1 Fantasy has the tough draw but does have the wins on the board. He’ll be in the finish. 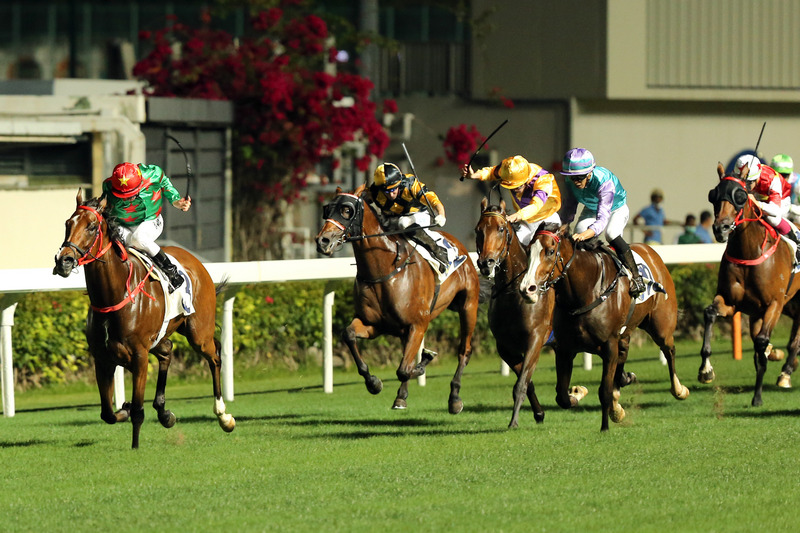