#6 Mcmunigal led and won well two starts ago and since then he’s remained in sound enough form to suggest he can replicate that run again. The tight turning nuances of Happy Valley will suit his forward style of racing and breaking from the inside draw should allow Jack Wong to find the front with ease. He’s the one to beat. #3 Garlic Yeah has mixed his form this term but should be more than fit with eight runs under his belt. He’s returned to a competitive mark and this contest appears suitable. #1 Speedy Wally steps down Class 5 which helps. He’s a five time winner at Happy Valley and with Zac Purton engaged here, he’s capable of adding a sixth. #12 Young Glory gets in light and from the good gate he can figure with the right run under Lyle Hewitson.

#4 Colonel has hit the ground running since commencing his career in Hong Kong, impressing in each of his three outings including a narrow three-quarter-length defeat two starts ago. He gets the services of the in-form Alexis Badel and if he can overcome the awkward gate, he’s the one they all have to run down. #2 All Wongchoy has led and won over this course and distance before. He’s drawn to find the front here and he could prove difficult to reel in with Blake Shinn sticking aboard. #1 Gunnar gets the services of Victor Wong back from his lengthy injury spell. He’s a Class 4 winner previously and the good gate should afford him every opportunity, especially with Victor Wong’s 5lb claim in play. #5 Ares grabbed fifth on debut. Zac Purton retains the ride and he’s worth keeping safe.

#4 Let’s Take It Easy narrowly missed last time out. He closed strongly that day over this course and distance and arguably was unlucky not to have won. Zac Purton hops in the plate now which commands respect and if he can offset the awkward gate, he’s going to take beating. #2 Dor Dor is a winner in two of his last starts. He’s in career-best form and appears to still have a number of ratings points up his sleeve. #1 Happy Warrior is consistent as ever and as a Class 4 winner this term he deserves respect. #6 Tung Wah Glory hasn’t been too far away in both of his Hong Kong outings and further improvement here is projected.

#11 Oversubscribed narrowly missed last start. Matthew Poon hops back in the plate due to Joao Moreira’s suspension and from the inside gate he rates as the leading player if he doesn’t find himself too far away throughout. He should be able to do very little work from that draw and with a hot tempo expected, he can rattle over the top of them. The wide gate beat #6 Dr Proactive last time out but although he’s drawn wide again, the hope is that they take him back to capitalise from a fast pace which could be set. Although he’s only won once, he’s clearly returned in excellent form this term and with the right run he won’t be too far away. #3 Very Sweet Orange is one of those who is likely to roll forward. He can stick on for prize money if he doesn’t go too hard too soon. #5 Winning Ways finally pieced it all together at start number 22. Zac Purton retains the ride here and this is a similar calibre contest to last.

#6 Time To Celebrate finally draws a good gate and from there he’s capable of positioning himself close to the speed. He struggled to find room in the straight last time out and subsequently faded to 10th, but with a clean run that day he potentially finishes near the top three. This race is suitable and with the right run he can finally go on with it for the first time since February, 2019. #1 Encouraging led all-the-way in a hot Class 1 field earlier this time, in doing so lowering that course record in the process at Sha Tin. He can roll forward for Zac Purton and may give them something to reel in. #5 Good Standing has had issues across his career, ranging from lameness to a number of bleeds. Still, he’s racing consistently enough to warrant respect, especially from the good gate. #3 Fast Most Furious is looking to snap a run of two narrow defeats. His blistering best is up to this and he remains a winning option.

#8 Giant Turtle has led and won over this course and distance previously. He figures to do the same again here with Victor Wong and 5lb claim applied and the step back up in trip to 11 furlongs from the good gate will suit. #7 More Than A Horse flew home last start to grab fourth. He gets up in trip here which looks ideal and if he can handle the city course at his first try, he’s going to be in the finish. #1 Tashidelek has his limits but this is still a very suitable race. He’s narrowly missed in his last three and he could be ready to atone for those performances here. #9 Magnetism has won two out of his last three attempts. Lyle Hewitson takes over and from the inside gate he remains a chance, depending on if he has anymore ratings points in hand.

#7 Gentle Breeze has been a Happy Valley star all term, thrice winning from six attempts at the city circuit. He faded to eighth last start after doing a fair bit of work early and from there faced the breeze and subsequently dropped out. His form prior warrants respect and a return to his best cannot be discounted, especially after drawing pole position. #8 Waldorf recaptured his near best last start, rattling home for second over this course and distance. He’s a four-time course and distance winner and with even luck he could test these. #4 Amazing Star is looking for his fourth consecutive win. He’s gone from Class 4 to Class 1 across three starts and although he’s a super talent, this might just be one step too far, especially against a hot contest such as this one. #2 Country Star loves the Valley as a five-time course and distance winner. He’s returning to his best and this race is well within his grasp.

#8 Flying Quest is a two-time winner already this term. He’s since placed in his most recent two and has caught the eye in each. This is a difficult contest but he maps to get the right run for Tony Piccone. #5 Dances With Dragon makes his debut for Caspar Fownes after transferring from the Peter Ho yard. Interesting booking with Zac Purton taking over the riding duties and from the inside draw with the visor applied first time, he could be ready to turn his form around. #2 Circuit Glory snatched third last time out. Expect he rolls forward with Chad Schofield and from the soft draw he should do little work early to find that forward spot. #10 Cinquante Cinq is a supreme talent who is a Class 3 winner already across his short eight-start career. This is suitable especially following his dominant display last time out, albeit against a rather mediocre field.

#1 Highly Proactive dug deep to tally his second win last time out, fighting back on the rail after being headed early. He sits on the cusp of Class 2 and if he can overcome the wide gate, he’s going to prove tough to beat. #6 Shining Ace is a model of consistency with 12 top three finishes from 17 attempts, including four wins. He’s yet miss the top three this term and if he’s continued to hold his condition, he’s going to be in the finish once again. #4 Sunny Boy has largely struggled across three starts this term. Still, the blinkers and tongue-tie have been applied to sharpen him up and if so, he could be thereabouts. #2 Cue The Music is capable snatching some prize money, especially as a winner already this campaign. 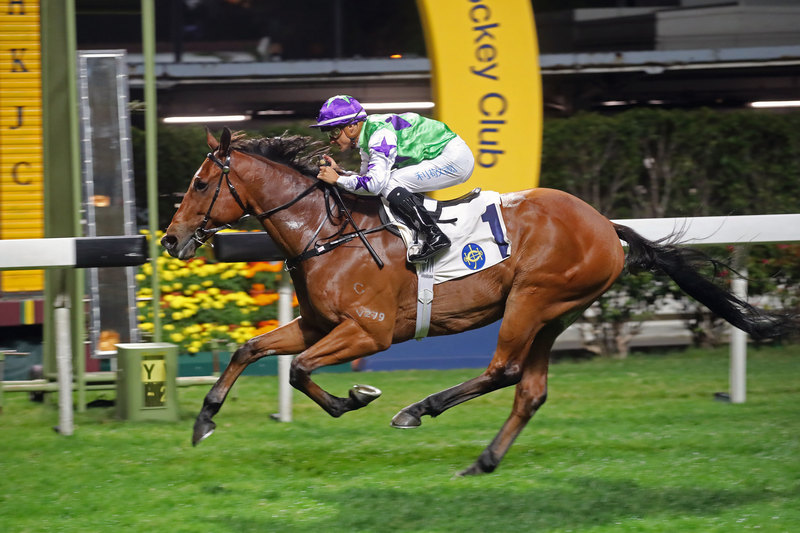