#4 Little Island faded first-up after being crowded at the start. All three of his wins have come over this course and distance and if he’s taken a step forward following his first-up performance, he’ll prove tough to beat. #1 Calling The Shots gets down to Class 5. He might be ready to piece it all together against weaker company. #2 The Joy Of Giving gets Zac Purton aboard first-up. He races well fresh and if he can overcome the awkward gate, he should get his chance. #5 Lucky Shiny Day closed nicely for fourth upon first-up. He’ll have taken improvement from that outing and the booking of Joao Moreira signals intent from the Peter Ho yard.

#6 Exponents has twice placed over this course distance from three attempts. He struggled first-up after having a torrid run in transit, however, the good gate on offer here should afford him every chance to roll forward and pinch this. #2 Great Son is a two-time course winner. He’s a much better horse second-up and with that run under his belt, he should be fit and ready to pour the pressure on this bunch. #8 Show Mission comes into this third-up. He rarely runs a bad race and if he can tack on somewhere close to the speed, he’ll be in the finish. #10 Raichu gets the services of leading jockey Joao Moreira again. It won’t take much improvement from his first-up performance to see him testing these.

#10 Speedy Wally is looking to end a run of two runner-up efforts with a win here. He comes into this following two game performances and although he’s drawn awkwardly, Zac Purton should be able to use his gate speed to ensure a forward position throughout. #9 Mischievous Sundae displayed steady improvement second-up last start when closing rapidly from the tail of the field to grab third. He steps up in distance which suits and if he gets a quick tempo, he can make his presence felt. #12 Multimax impressed first-up before struggling last start, finishing dead last. The vet report showed no significant findings, indicating the performance can be put down to a wide run which saw him cover significant ground. He can return to form with an easier run in transit. #1 Amazing Satchmo is next best.

#2 Not Usual Talent seeks the hat-trick of wins. He’s done nothing but impress across his short career and this race looks well within his reach, especially following an impressive trial hit-out at Conghua. #8 Brave Legend is a much better second-up horse. He should get a fast-pace to suit his get back style of racing and with clear running room, he’ll be rattling home fast. #1 Helene Charisma has returned in excellent order, placing first-up before winning his latest. He remains at his preferred course and although he steps back to 1650m, he’s still an excellent winning chance. #3 Ruthven is the likely leader of this. He placed last time out and he’s capable of clinging on for some prizemoney here.

#3 All Wongchoy sat on the speed and got home to win by a narrow margin. Suspect he does similar again and although he won’t be double figures this time, he still rates as a leading chance. #7 Little Thunder has shown steady improvement across both of his outings this season. He has an awkward gate to overcome but he’s shown so far that his progression indicates a win is nearing. #2 Oriental Elite returns first-up. He’s been up at Conghua throughout the offseason and although he might need the run, his class should still hold him in good stead for this. #1 Very Rich Man is expected to set a cracking tempo under Dylan Mo. His racing pattern should see him challenge for a top three finish.

#2 Split Of A Second won second-up last season and his first-up performance this campaign suggests that he’s on a similar path. Matthew Poon retains the ride and a major improvement is expected second-up. #3 Happy Time dictated terms in a recent barrier trial, scoring by 6.5L under Zac Purton. He’s the likely leader off that performance and from the inside gate, he should be afforded every chance run away with this. #4 Shamport broke through for his first Hong Kong-win upon resuming this season. He’s still racing well and he should receive all the favours from the inside gate. #1 Speedy Luck is winless across eight outings. He might be getting down to a competitive mark so he could be worth keeping safe, especially with Joao Moreira up.

#11 Merrygowin made ground from the tail of the field last start at Sha Tin, closing strongly for an eye-catching sixth. He’s better ridden closer to the speed which he gets a chance to do here, especially with Jack Wong’s claim on his back. #1 Cot Campbell turned his form around last start, finishing fast to grab second last start at Sha Tin over 1400m. He gets a welcome rise in distance to 1650m and with a race run to suit; he can finish around the mark. #6 Reliable Team struggled up on the pace last start, engaging in a speed battle which clearly cost him the race. He’s a much better horse than that, as his first two wins suggest. He can bounce back. #8 Big Bang Bong should be around the mark again.

#5 Le Terroir returned a brilliant first-up victor, scoring by nearly three lengths over this course and distance. He can repeat that performance again, especially as he remains in Class 3 following that win. #2 Jumbo Happiness was narrowly defeated first-up. He’ll have taken plenty of improvement from that performance and with Zac Purton sticking aboard, he deserves respect. #7 First Responder has mixed his form but he’s shown on a number of occasions that he is capable of breaking through. He’s another who will have come on from his first-up effort and his progress bears close watching this season. #3 Smart Leader broke through first-up. He still has a number of ratings points up his sleeve.

#9 Cue The Music caught the eye on debut, closing strongly behind Aethero to grab fourth alongside Thanks Forever. He displayed plenty of natural talent in that performance, enough so to suggest that he would make his presence felt in this. Depending on his price, he could be worth taking a chance on. #1 Yee Cheong Baby was undefeated before his last start struggle on the dirt. He’s since won a trial by over 14L and if he brings that performance on race day, he’s going to be in the finish. #3 Tornado Twist returns first-up following a debut campaign which saw him register four wins from nine outings. He’s proven in this grade and he deserves respect. #8 Sunny Boy is consistent. He only has the awkward draw to overcome. 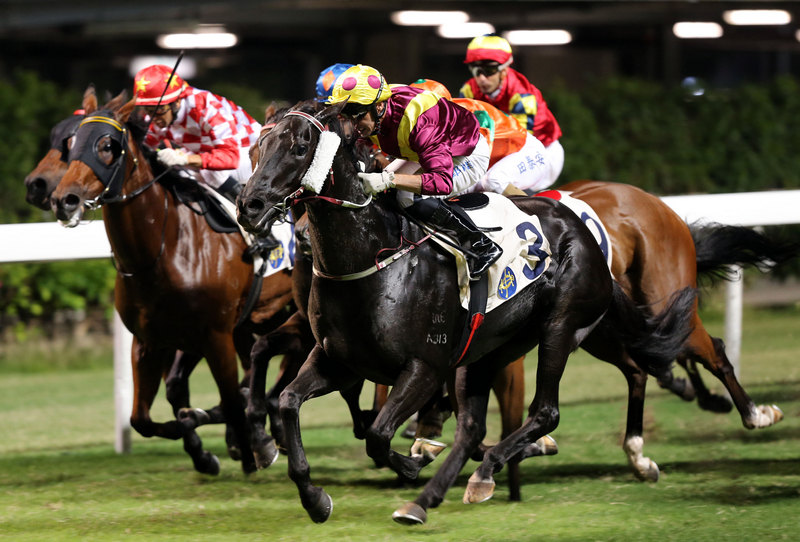