It took him seven months, but Michael Poy finally got back the ride on the ever-durable Jungle Edge at Sandown on Saturday and it turned out to be a winner he may never forget.

The victory for the popular eight-year-old in the Ladbrokes Handicap saw Poy join Ethan Brown as the leading apprentice rider in Melbourne for the season with 24 wins.

The 20-year-old rider said Jungle Edge supplied him with his first ever metropolitan meeting back in November of last year, but that he’d been unable to get back on him since.

"I’ve been trying to get on him a lot lately but since I lost my three kilo claim it’s been hard because he carries such high weights," Poy explained after the all-the-way win.

"But I was lucky to get back on him so thanks to (trainer) Mick Bell for backing me." 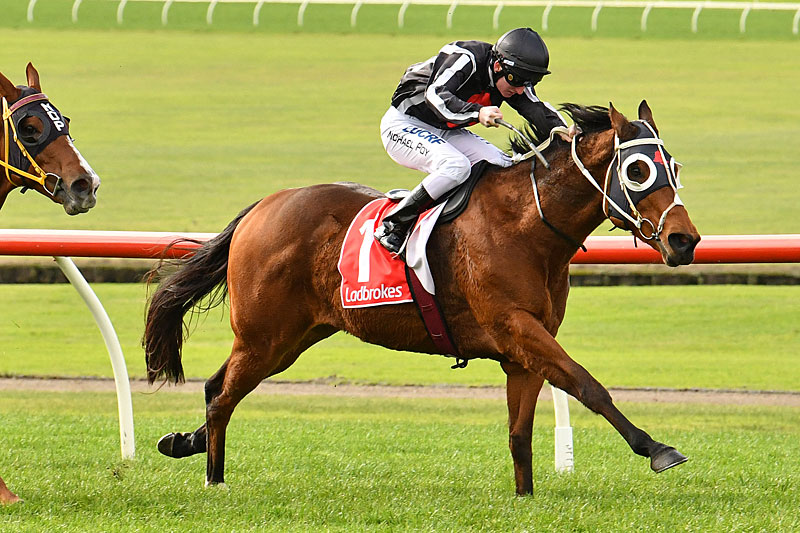 Poy took Jungle Edge ($3.20) to his familiar spot in front of all his rivals and he never gave it up despite a late challenge by runner-up Malibu Style ($3.70) with the $2.80 favourite William Thomas in third place.

Poy said he had ridden against Jungle Edge over the past seven months and has been keeping an eye on how the veteran has been going. He got a closer look last Monday and was suitably impressed.

"I worked him on Monday and he showed every sign that he’d be competitive today," he said.

"He wins his races from the 800 to the 600 where he can get them off the bridle where he makes them try to pick him up early," he said.

"We just rolled along and he showed that nice turn of foot at the top of the straight and was able to keep it going."

As for the metropolitan title, which could be his in just six weeks’ time, Poy admitted he had an advantage over Ethan Brown in the run home.

Bell said the winner of almost $1.4 million in stakes was 'a dream come true' for him as a trainer and said he would again attempt to get the horse into October’s $14 million The Everest, although conceding the consolation race on the same day – the Sydney Stakes – could be a more realistic goal after running second in the event last year.