Positive Peace adds the Nivison to her Emancipation success

Successful in the Group 2 Emancipation Stakes (1500m) at the backend of March, the 5-year-old racemare had struggled in elite fillies and mares company in a handful of starts since, but relished the Heavy 8 conditions when holding on in determined fashion to record a slender win.

Ridden in the 'one-one' by Josh Parr, the Bjorn Baker trained galloper wrested the lead away from long-time leader Sweet Deal with 200 metres to negotiate before fighting on doggedly for a very game win.

Wandabaa (by Wandjina) rattled home late in the straight to finish second, ahead of Godolphin’s Athiri (by Lonhro) in third.

A very satisfied Bjorn Baker, the winning trainer, voiced after the win: “It was a super result. She is a class mare.

“She’s won eight of 21 [before today] and a Group 2 on a wet track, so I couldn’t believe the price today — not that I worry about that.

“Louise and Steve Gillard have been great owners of mine and it’s great to see her back.”

Discussing his winning ride, Josh Parr remarked: “I was very keen to be positive on her, especially coming from the 1600m [at her previous outing] to the 1200m.

“I needed her fitness to be her best asset. Racing on [the] speed was vital.

Positive Peace won by a Neck, with 1¼L separating second and third.

Positive Peace races in the colours of Louise and Steve Gillard and now boasts a record which reads nine wins and four 2nds from 22 starts for $507,465 in earnings. 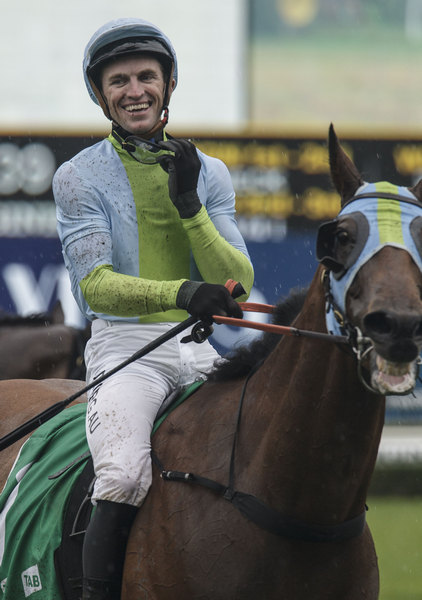 Jason Collett (Evalina): “Copped a lot of kick back. She didn’t like it and wasn’t able to finish it off.”

Sam Clipperton (Jen Rules): “She doesn’t show any speed in those conditions and we were no hope where we were positioned.”

Regan Bayliss (Seasons): “She likes a bit of sting out of the ground but not that much. Her wheels started spinning from the 600m onwards.”

Robbie Dolan (Blazing Miss): “It was too heavy for her. She has won on heavy before but in weaker company. I couldn’t get her to travel today.”

Rachel King (Athiri): “Huge run. She is just so tough. She didn’t enjoy that track at all but doesn’t know how to run a bad race.”

Tom Sherry (Tricky Gal): “Ran really well. Hope to get another one with her.”

Tim Clark (Insensata): “She ran OK considering she was first up.”