Portland Sky under Ben Melham led all the way in the $200,000, Group 3 PFD Food Services Red Anchor Stakes (1200m) at The Valley on Saturday for the Matt Laurie trained Deep Field’s second and most important victory.

Melham took full advantage of barrier one and controlled the race from the outset. They were smartly away from the barriers and then Mildred and Jordan Childs arrived to travel outside with Bella Nipotina and Michael Rodd three wide as they went through to the turn.

Mildred took a narrow lead at the 300m on the bend, however Melham quickly had Portland Sky back leading as they passed the 200m and with a margin established they did not look under threat for the run to the line.

The winning margin was 3/4L to the $3.70 favourite Bella Nipotina (Pride Of Dubai) and Rodd with Valaquenta and Mark Zahra coming through for third, the margin 1L over Mildred. 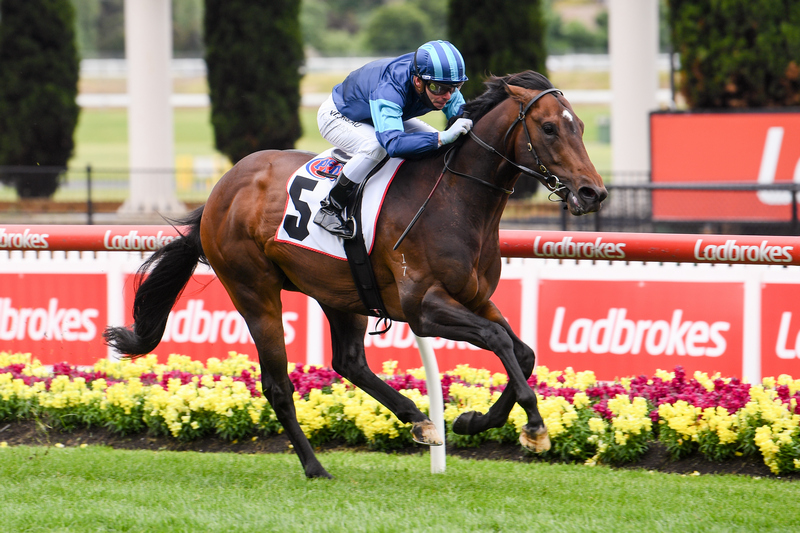 “I felt like he is a group horse and we are going to strike a wet track at some point. I still do not think he handles it, to be honest, but very pleased obviously to get the win," said Laurie.

“From day dot, even breaking him in he just always felt like a quality horse and throughout this preparation he has continued to improve. I think he is going to keep doing that. We have got a really nice horse."

Portland Sky is not nominated for the Coolmore and Laurie said that he would see how the colt comes through Saturday's win before making a decision on make a late entry.

“We are not nominated so we will see how he pulls up. Very mindful that it is his first preparation and we want to be looking after him. It may not be the right thing but if he was jumping out of his skin, you never know,” he said.

“He is a lovely colt. He did a good job to win. He has got good gate speed. His runs have been good in his first preparation. I really felt that he has been looking for the 1200 (metres). He jumped, he led comfortably and then he got absolutely pestered for two or three hundred metres. It is tough going today, so it was a good solid performance by the colt,” said Melham.

“I was happy to stay on the fence in this race. It did not prove any disadvantage, but obviously it will deteriorate as the day wears on.

“He is a very good trainer, very under-rated. He is starting to get some good cattle now. I actually had to talk him into running this horse this morning.

“He texted me about 9.30 and said he might scratch it. I said ‘don’t you dare’. So thankfully he didn’t. He has always had good faith in this horse's ability and so have I. It is good to see him with a stakes result on the board,” he said.