The New Zealand connections of smart mare Polly Grey (NZ) were delighted to see the daughter of Azamour show a glimpse of her ability when finishing second in the Listed Winter Championship Series Final (1600m) at Flemington on Saturday behind impressive winner Sircconi.

Fawcett races Polly Grey with her partner Rob Joyce and brother Brook, whose battle with serious health issues inspired her to give him his first taste of racehorse ownership.

Bred by the late Barbara Perry, Polly Grey was bequeathed to Fawcett, who looked after Perry’s small broodmare band and young stock at her Oxford Thoroughbreds, 10 kilometres south of Matamata.

Fawcett leased a half-share in the mare to Auckland client John Thompson for the Australian campaign and there looks to be more in store for the improving mare.

“Chris (Waller) was happy with the run and he is confident that she will get over more ground,” part-owner Rob Joyce said.

“He is keen to get her out over 2000m and there is a race in two weeks’ time at Flemington over that trip which he is looking to line her up in.

“Despite being three-wide with cover, Chris was happy with the mare. She hit the line well.”

The black-type placing was well celebrated in Matamata, with Polly Grey starting at odds of $41, having finished 10th at her debut run in Australia a fortnight earlier.

“With a mare, it is terrific to add that black-type in Australia,” Joyce said.

“We knew that she would need that first run and she probably raced in preference to a trial. If you look at her last campaign, it took her a few starts to get going and then she went bang.

“She is in the right hands with Chris Waller and we are hoping to have a bit of fun with her.” 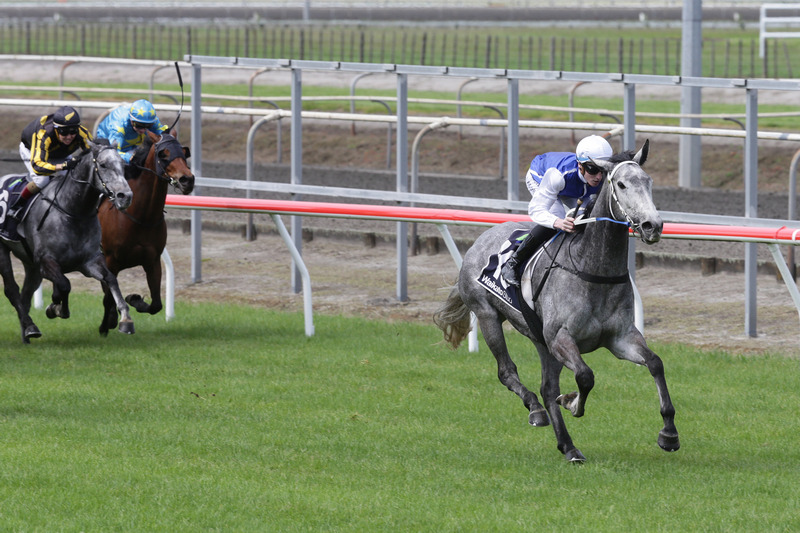