Point Nepean (Ire) has provided Team Williams with a Melbourne Cup starter after outstaying the opposition to claim the Andrew Ramsden Stakes at Flemington.

The Andrew Ramsden provides the winner a ballot exemption into the Group 1 Melbourne Cup (3200m) at Flemington in November. Lloyd Williams has won seven and it is the trophy most coveted on his mantlepiece and later in the season he will attempt to add to his arsenal for Australia’s great race. 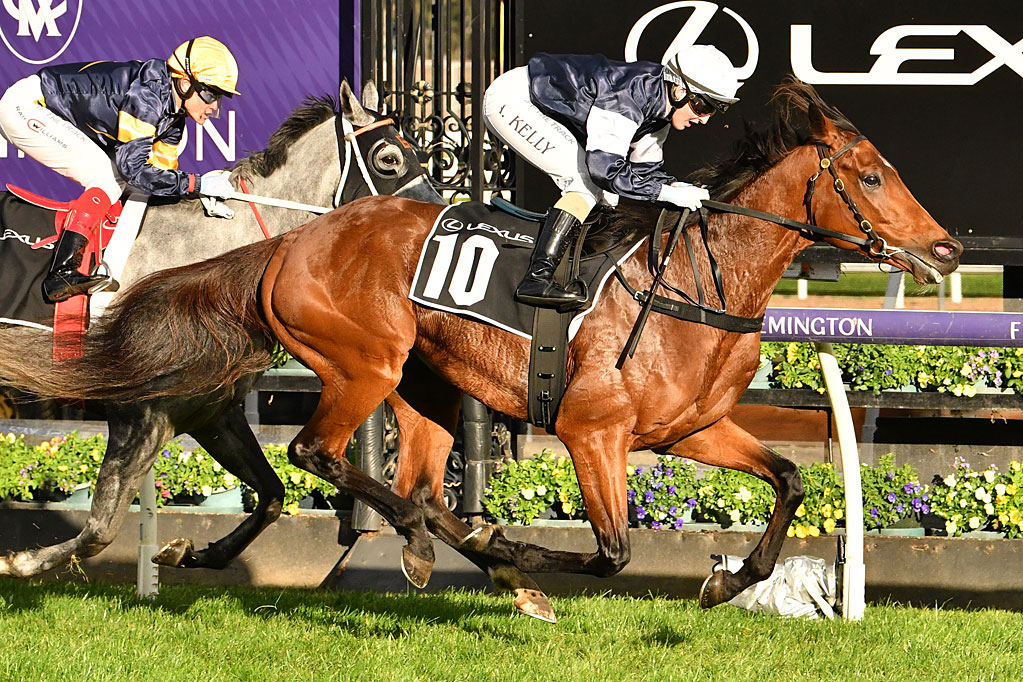 With apprentice Alana Kelly making a move passing the 1000m mark, Point Nepean ($6) scored a three-quarter length win from Luncies ($4.80), with Through Irish Eyes ($6) a further 2-¼ length away third.

Nick Williams, who has been associated with his father in a number of Melbourne Cup victories, the most recent being Twilight Payment (Ire) in 2020, said it was a credit to the team at Mt Macedon with how much improvement Point Nepean (Ire) has shown.

“This horse has really come forward over the last two or three months,” Williams said. “You don’t see them win like that very often, particularly an inexperienced horse against seasoned stayers.”

“He was very poorly weighted in that race today, and it was probably fair to say that everything that could’ve gone wrong for Alana went wrong.

“But the great thing about her, and this is why she will be such a good jockey, is she didn’t panic, she kept the horse in a rhythm, and once the pace came out of the race she got herself into a position to win and the horse did the rest for her.”

Williams said 2016 Cup winner Almandin reminds him of Point Nepean (Ire). He said although Almandin was a Group 2 winner when he arrived at Team Williams, he was raw and an unfinished article, like Point Nepean.