Pierata firms into The Everest favourite following his Shorts success

A select field of five elite sprinters took their place in the $500,000, Group 2, Bowermans Office Furniture Shorts (1100m) at Royal Randwick in Sydney and were responsible for a magnificent spectacle with Pierata (by Pierro) proving to be a narrow winner over his high-class rivals.

A brilliant runner-up to Redzel (by Snitzel) first-up from a spell, Pierata went into the contest expected to reverse the previous finishing order by many good judges and delivered one of his finest performances to date to claim first prize.

Ridden much closer to the pace compared to his previous outing, Pierata was always travelling well in third and fourth position before delivering his winning challenge in the straight.

In what turned out to be an epic finish to the Group 2 feature, Pierata found plenty when asked for a supreme effort by Tommy Berry to win by a clear margin from the equally fast finishing Classique Legend (by Not a Single Doubt). 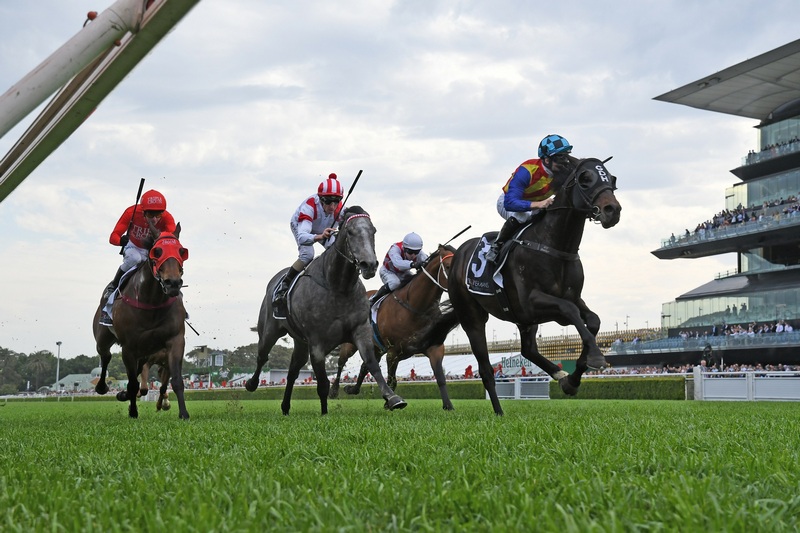 Pierata was returned the $2.70 favourite, the runner-up Classique Legend at an SP of $3.10, and the minor placegetter Redzel at $4.40.

Winning rider Tommy Berry was slightly critical of his performance in post-race interviews but full of praise for his mount.

“I went a bit earlier on him than I would have liked,” observed Berry. “I was trying to get around Home of the Brave and shut the door on Nash, but he poked his head through anyway.

“My bloke, when he felt Classique Legend come, he just surged again. He is such a trier and he knows where the winning post is.”

Berry added: “Greg [Hickman] and I have been saying all prep that he has come back bigger, stronger and better. And he has. This means so much. It’s not a Group One but there is another one coming I think.”

Berry concluded: “They [small fields] are tactical. Greg called me this morning and said what do you want to do. I said there are only five in it, it can’t be that hard.

“But I’m so happy for Greg; he has done such a great job with this horse and he has got an unbelievable group of owners. You’ll see them celebrating.

“Bring on three weeks time [and The Everest]!”

“The race has worked out perfectly,” declared the veteran Warwick Farm-based trainer. “He let down and fought really hard to the line. He is right where we want him.”

In terms of The Everest, Hickman replied: “He loves Randwick and The Everest is at Randwick.” 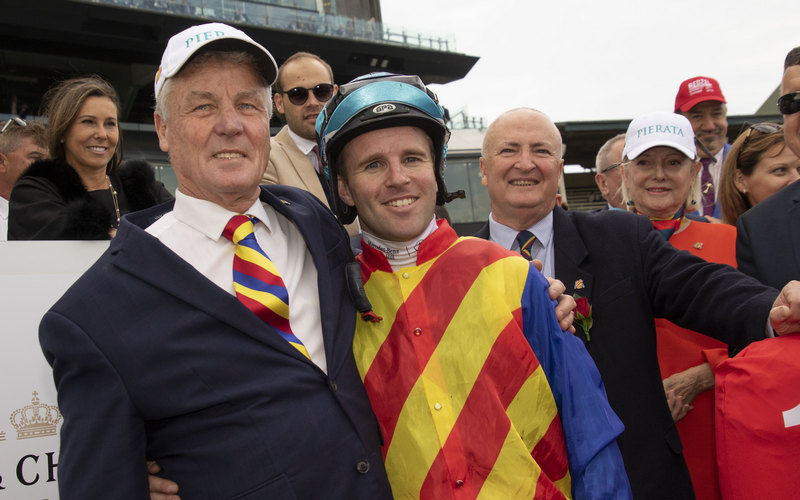 Pierata was immediately made the $5.00 favourite for The Everest by tab.com.au on the strength of his performance, the eighth win of his 21-race career.

Beaten fair and square on the day, runner-up Classique Legend nevertheless raced right up to his promise and lost few admirers in defeat. Held up at a crucial stage in the straight, the lightly-raced 4-year-old managed to get into the clear in time but couldn’t match the effort of the winner at the death.

Though relegated in to fourth place, Graff caught the eye with another late finishing effort. Ridden at the tail of the field for the majority of the contest, the talented 4-yer-old again hit the line with gusto and isn’t too far off a winning performance.

Fifth of five, Home of the Brave raced on the shoulder of Redzel through the early stages before fading over the final 200 metres. The import was ultimately beaten just over three lengths and looks certain to be improved by his first outing since the Stradbroke in June.

Kerrin McEvoy (Redzel): “Happy with his run, he knuckled a bit out of the gates, which got him off balance a shade, he soon moved well, we were there at the top of the straight with a good chance and he’s ran well. Knowing the Snowdens they haven’t got him screwed down yet and we’ve got a month before the Everest, so looking forward towards the next race.”

Nash Rawiller (Classique Legend): “Awesome, awesome performance. He just probably lacked that match fitness against those big boys, but he’s proven today that he can certainly match it with them. It’s pretty exciting going forward. He seems to have come through the run unbelievably well and just looking forward now.”

Glyn Schofield (Home Of The Brave): “I suppose he ran well, he’s been beaten a couple of lengths by those good sprinters.”

Brenton Avdulla (Graff): “He ran terrific, I think he’s going as good as he can. He started 2L off Pierata at the top of the straight and he finished about a length off him, he’s going great, he’d be a good pick up for anyone for the Everest.”