The Lor-trained Winning Dreamer went to Sha Tin with a perfect record and he departed in the same manner, bringing up a hat-trick in the Class 3 Kwai Fong Handicap (1200m) at on Sunday. 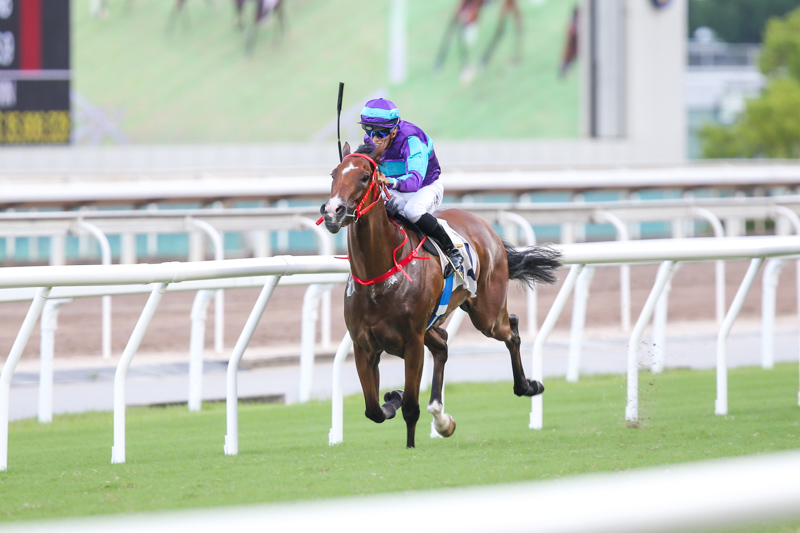 Having drawn gate 12, the Deep Field youngster was up against it but a smart, positive ride from Vincent Ho got the New Zealand-bred across the field and from there he dug deep to nail a tough half-length score.

“Before the race I was a little bit scared, especially having drawn gate 12 for such a young horse,” Lor said of the horse eligible for this season’s Four-Year-Old Classic Series, should his trainer opt to direct him there.

“He can relax, even in front, there were horses next to me and he still settled very well, he’s actually a lot more relaxed at the races than at trackwork, he’s quite nervous in the mornings,” Ho said.

“He gave me a nice sprint and stayed on well in the finish,” Ho said.

Callan gets on the board, Yiu takes two

Irishman Neil Callan secured his first win for season 2020/21 aboard the Ricky Yiu-trained Excellent Chariot in the second section of the Class 4 Shek Lei Handicap (1200m) which gave the reigning champion handler a double.

The Jimmy Choux gelding broke cleanly to settle midfield before pouncing to the front at the 200m mark for a one-and-a-quarter length win.

“I think he looked like a versatile type when he was trialling last season, so I asked Ricky (Yiu) if I could I get on him this year and he stayed true to his word and let me do a little bit of work on him early.

“His trial was very good behind Thanks Forever and Ka Ying Star and I knew that in the trial he gave me a nice comfortable feel, so I went in today very confident that he could win and I think he should be able to go on an upward curve,” Callan said.

Today’s win was Callan’s 256th in Hong Kong and he suggested the four-year-old New Zealand-bred has a bright future ahead.

“He ran well at his first run last year - he was only beaten by a little bit in Class 2 but now he’s in Class 3 and even his first-up run was very good - the small field helped a lot today,” So said.

Dylan Mo and Michael Chang bagged their first season wins after Charitydream made all in the Class 5 Tai Wo Hau Handicap (1650m, dirt).