Patience the key for Bottega in Cup

Tommy Berry will be given strict instructions to ride Bottega patiently when horse and jockey team up for the first time in the Listed Scone Cup on Friday.

The multiple stakes placegetter was expected to be competitive last start when he stepped out in a Benchmark race at Randwick, but after driving forward from a good draw, Bottega refused to settle and raced ungenerously. The 4-year-old was a spent force in the straight and finished last to swooper Rocha Clock, albeit less than five lengths from the winner.

It is a trait Bottega has occasionally shown in the past, and co-trainer Gerald Ryan is keen for the horse to revert to his usual pattern and be allowed to find his feet in the early stages of the 1600m race.

“If he pulls and doesn’t settle, he doesn’t finish off,” Ryan said. “He has done that before.

“Tomorrow, he’ll be ridden quietly back in the field. There looks to be good speed in the race and that will give him his chance to hit the line.” 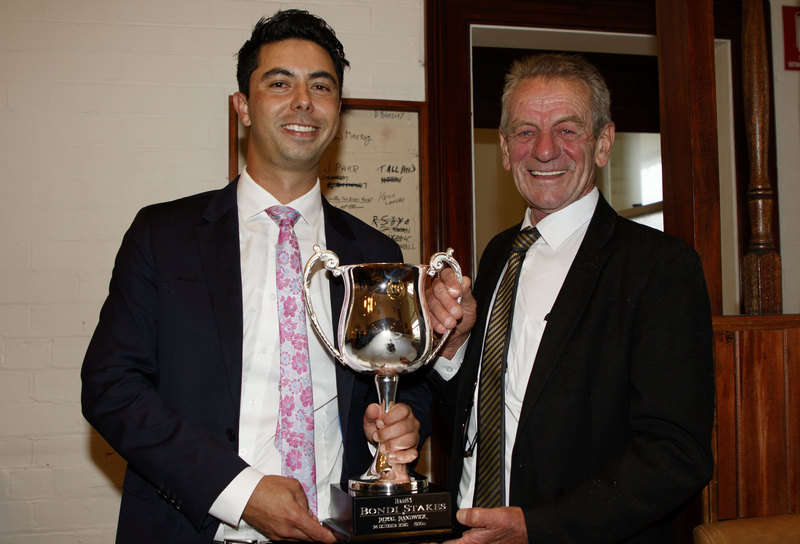 Gerald Ryan is expected an improved showing by Bottega in the Scone Cup, picture sportpix.com.au

Bottega’s prior form holds up well for a Scone Cup bid. He resumed with a second to Gem Song in the Newcastle Newmarket (1400m) and backed that up with a third to runaway winner Yao Dash in the Doncaster Prelude (1500m).

Ryan said the horse had done well since his last run and was confident he could race to his best, provided he found cover and relaxed.

Bottega ($9) will have 15 Scone Cup rivals, with the David Pfieffer-trained Laure Me In a nominal $5 favourite.

There have been some early betting moves with Order Again, resuming for Chris Waller, crunched with TAB fixed odds from $19 into $9.50, while Pandano has also had some early support, firming from $13 into $8.50.