Pakula: Cox Plate should get preference

The AFL Grand Final appears likely to be played on Saturday, October 24 - barring any further interruptions once the season recommences in mid-June - placing it on a collision course with the Cox Plate at The Valley.

Both the AFL Grand Final and Cox Plate are traditionally held on a Saturday afternoon but both events have the ability to be held under lights for the first time at their respective venues.

"Principally, I don't want them to clash, which I'm absolutely confident they won't," Pakula told RSN927 on Tuesday morning.

"I think in terms of who gets priority, my instinct is that it's the MVRC's day in the calendar, the AFL is the sport that is moving, so I think the Moonee Valley Racing Club if they indicate a strong preference to remain during the day, I think the AFL should respect that and I think they will."

Pakula was also quizzed about his views on moving this year's Caulfield Cup from October 17 to November 28, more than three weeks after the Melbourne Cup is held, and stated it was 'wholly and solely a decision for Racing Victoria', who have an 'intricate job' to weight up the different considerations.

"I've made it clear to both the MRC and Racing Victoria that I've got no issue with it if that's the way they decide to go," Pakula said.

"But my clear understanding is they haven't made any decisions yet and I think the Racing Victoria board still has a fair bit of consultation to do.

"Everybody knows that if you were going to have the Caulfield Guineas and Caulfield Cup on the other side of the Melbourne Cup Carnival it may or may not work optimally.

"But I think it's equally right to say that a Caulfield Cup up against the (AFL) preliminary final might not be optimal from another point of view.

"This is a compromised year in so many respects. If ever the industry is going to try something different, I suppose this might be the opportunity to do that." 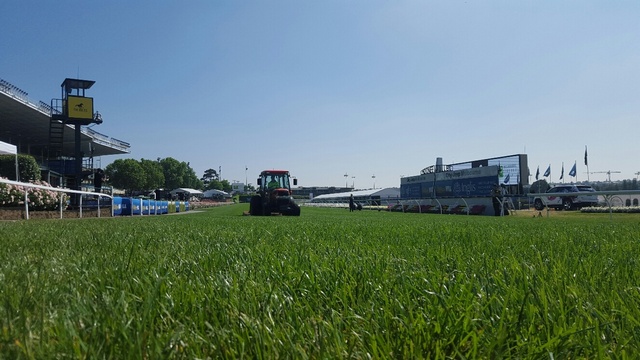