Pakenham calling for Ocean Beyond

Trainer Daniel Bowman won’t himself be making the trip from Warrnambool to Pakenham, but says his sole runner Ocean Beyond (NZ) is in peak order to record successive victories. After winning at Ballarat a fortnight ago, the 4-year-old is set to line up in the David Bourke Memorial Handicap (1200m) on Saturday. 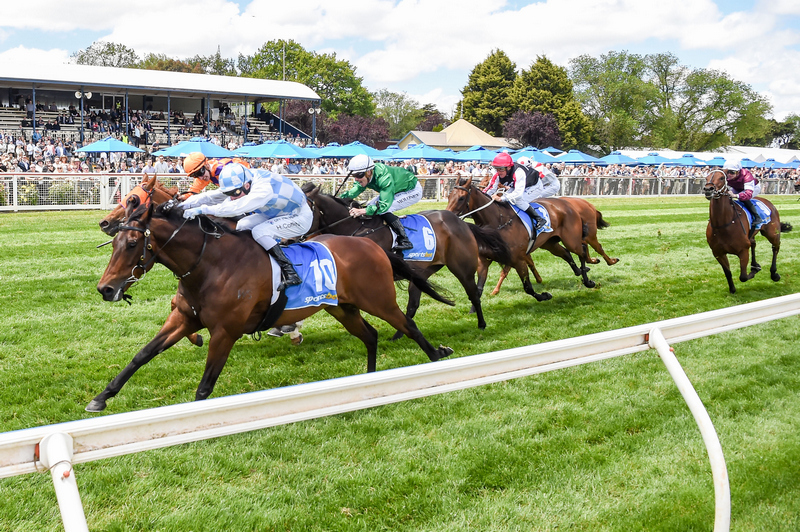 Ocean Beyond (NZ) won his first two starts, the second of those being a stakes race at The Valley in November last year, while the Ballarat win has been his sole win since.

Bowman said Ocean Beyond (NZ) was bound for Hong Kong following The Valley success, only for the deal to fall through.

“He was vetted and pretty much sold to Hong Kong,” Bowman said. “He vetted clean, but they changed their mind because he was a bit small.

“When they vet them, they inoculate them, and it can knock them around a bit and I reckon when he came back for a couple of runs later as a three-year-old, that might have had a bit to do with it.

“He might have also been a bit inexperienced as he does a bit wrong, but the more times he goes around the better he seems to be getting.”

Bowman said Ocean Beyond (NZ) had continued to develop. He afdded the now four-year-old had put on between 40 and 50kg after the initial knock back from Hong Kong and had added more weight during his break before his current campaign.

Despite that, Bowman said Ocean Beyond (NZ) has a racing weight of around 470kg, but for some reason had taken time to reach full fitness.

“His coat took a long time to come through, so we’re in no rush to give him a break,” Bowman said. “He’s doing really well and he’s handling it well.

“We’re just one race at a time, so we’ll see how he goes on Saturday. But there’s a couple of stakes races around Christmas, one at Caulfield. There’s plenty of options and this is probably the right time of the year for him.”