Owner Michael Owen believes his Commonwealth Cup second Flaming Rib is improving with every run and hopes he can be right in the mix in Saturday's Darley July Cup after being supplemented on Monday.

Connections paid £36,000 to add the Hugo Palmer-trained sprinter to the Group 1, meaning the talented colt will have to finish in the first three to make a return on their investment.

Flaming Rib could be set for a rematch with his Commonwealth Cup conqueror Perfect Power on the July course but that is not guaranteed with the three-year-old, trained by Richard Fahey, also being considered for the Prix Jean Prat at Deauville the following day.

James Doyle will maintain the partnership with Platinum Jubilee winner Naval Crown in the £600,000 contest, with Ben Curtis booked for Flaming Rib and seeking a breakthrough top-level success.

Flaming Rib was introduced into the July Cup market at a best-priced 10-1 with Coral and William Hill. Perfect Power heads the betting at 9-4 with the latter firm.

Owen, a former star striker for Liverpool, Real Madrid and England, said: "It's an exciting week and we felt he deserves a shot at the race. He's improved a lot and shown a sharp upturn in form in his last few starts.

"It was a career-best at Ascot but it wasn't such a surprise. Hugo really fancied him going into the Commonwealth Cup and he ran a big race. He's going the right way with every run and we're really pleased with him.

"Perfect Power is a very good horse and he'll be a tough nut to crack if lining up. We possibly didn't see him coming in the Commonwealth Cup as he was towards the other side of the track – as soon as we won our battle then he appeared!

"Flaming Rib is very tough and on a different track and different day you never know what the result will be."

Owen issued high praise for Palmer, who saddled his first runner – and winner – from Manor House on April 1 and has enjoyed Group 2, Listed and big-handicap success with Brad The Brief, Ever Given and Zoffee.

"We've got huge plans for the future and to see so many horses running so well already has been brilliant, particularly as Hugo has not long been here," said Owen. "You'd forgive him for taking a while to learn the gallops and set-up but Hugo has absolutely hit the ground running.

"Lots of horses have thrived since Hugo arrived and off the track we’re really gathering momentum at Manor House, building new barns and doing plenty. It's an exciting time."

A decision on where Perfect Power runs at the weekend will depend on ground conditions and will be left up to Fahey, according to owner Sheikh Rashid Dalmook Al Maktoum's racing manager Bruce Raymond.

"We don't know where he's going and we'll wait until the last minute," he said on Monday. "We would prefer to go to Newmarket as the July Cup is a bit more prestigious, but there's the alternative of the Prix Jean Prat on Sunday.

"He's working tomorrow and we're leaving it all to Richard as he gets it right. It depends on the rain and how much water they're going to put on at Newmarket. He really wants easier ground, which he'll probably get in Deauville."

Among those waiting on the call is Coral-Eclipse-winning rider Christophe Soumillon, who has won three Group 1s on Perfect Power but would likely be required elsewhere on Sunday with the Aga Khan's Rozgar entered in the Jean Prat.

"Christophe can ride him at Newmarket but not at Deauville as I think he's committed there," added Raymond. "We'd have to make other arrangements but I don't think there would be a problem getting a jockey for him. We'd prefer to have Christophe, of course."

Perfect Power started the season with victory in the Greenham Stakes over 7f before finishing halfway down the field when stepped up to a mile in the Qipco 2,000 Guineas.

He bounced back to his best at Ascot and has impressed with the way he has taken his Commonwealth Cup exertions.

"He came out of Ascot much better than the Guineas, which took a lot out of him," added Raymond. "I suppose it's going that extra two furlongs with a horse that doesn't stay." 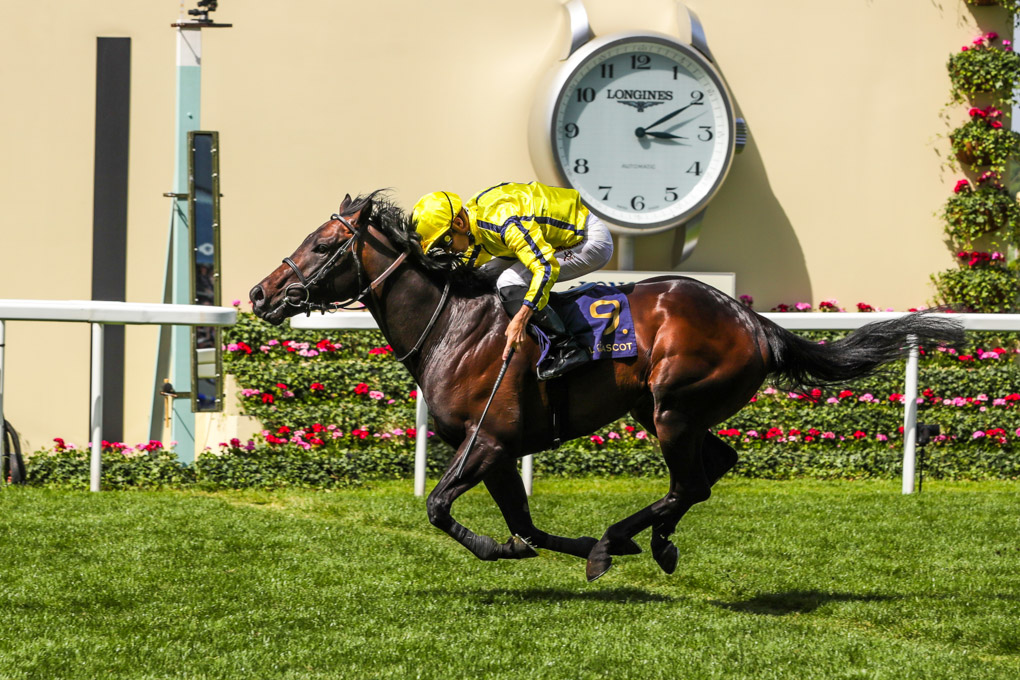