O’Shea gearing up for a fruitful autumn

Randwick-based conditioner John O’Shea has been in solid form of present with eight winners (16%) and a further 15 placings (46%) from his past 50 runners, and he had no less than 16 gallopers going around in his home track trials this morning. 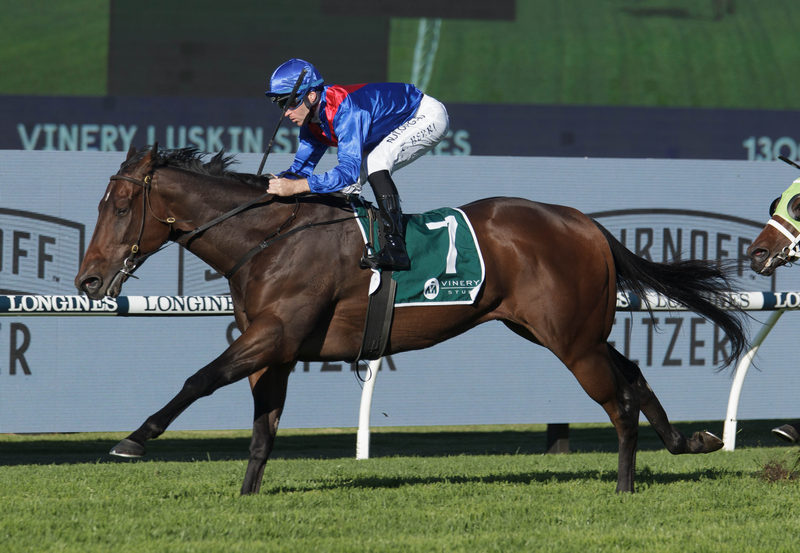 Lost And Running (NZ) was a trial winner at Randwick this morning, picture sportpix.com.au

One of the headline acts was Everest fourth placegetter Lost And Running (NZ) who was too strong in the Group trial over 900m on the course proper. The Per Incanto gelding settled midfield in running before letting down nicely out wide to overcome Godolphin’s Group 2 winner Arcaded, with Group 1 winner Shout The Bar back in third.

O’Shea was pleased with the hit-out and believes last year’s The Hunter winner was on track for another handy campaign.

“We’re more than happy with the way he’s going,” O’Shea told SEN’s Andrew Bensley. “He learned so much last preparation just in terms of his overall execution, he’s been very good.

“It was reflected again this morning, so we’ll look to give him another trial and then we’ll possibly kick him off in the Southern Cross [at Randwick on February 12].”

O’Shea’s Group 3 winning mare Rocha Clock finished fifth in the same heat when not being asked to do too much, and he believes the Pierro progeny can add to her record of seven wins and six placings from 20 starts this time in work.

“She seems to be in good form and she’s a mare on track for the Coolmore [at Rosehill on March 12],” O’Shea said. “She’s a mare that likes to be a little bit fresh before she runs and we’re going to give her one run into it. She’s got a great second-up record and hopefully she can continue this year.”

Rocha Clock is currently a $26 chance for the Coolmore Classic with the TAB.

Exceed And Excel mare Minhaaj has only had two runs for O’Shea, both Group 3 wins, and she showed she is in for a good preparation with an easy second in her trial behind Group 2 placed Malkovich over 900m.

“I can’t vouch for what she did early on. All I can say is that since she’s been in our stable she’s been a delight to train and we’ve been very happy with her,” O’Shea said. “I think she looks to have made nice improvement since last preparation. She’s strengthened up immeasurably.

“She’ll have one more trial before running in the Oakleigh Plate [at Caulfield on February 19]. She’s got a good first-up record and hopefully we’ll add to that this season.”

Minhaaj is currently a $15 proposition in pre-nomination betting with the TAB.

Coming off a Cantebury win last week, O’Shea’s promising Sebring filly Jal Lei made it three wins on the bounce and looks to have bigger fish to fry next month.

“She goes to the Light Fingers [at Randwick on February 12] in three weeks,” O’Shea said. “She’s a really talented filly … obviously has a good record. She’s won her last three and wasn’t suited at Canterbury on Friday night, but was still good enough to get the job done.”