Chris Waller had his usual day out at his home track on Saturday with four winners including a near picket fence in the feature $150,000, Listed XXXX Winter Challenge (1500m) with Order Again (NZ0 winning, Sambro third and True Detective fourth with only Godolphin’s Ziegfeld (GB) in second interrupting the clean line.

True Detective (53kg) and Kerrin McEvoy went out strongly from the barriers leading the nine strong field across the M4 side and into the main straight with Ziegfield (56kg) and Josh Parr closely tracking them. Back at the rear Hugh Bowman with Order Again (58kg) were tailing the field and were still doing so at the 300m.

Bowman had had tot hen call upon his steering skills as he found a slightly checked passage through and then asking Order Again to pick up with his weight impost. Up front Parr had carefully sent Ziegfeld into the lead and eventually they looked to have the field covered. However, once clear Order Again picked up with every stride and with Bowman’s urging they managed to reach Ziegfeld in the last stride before the line for a long head victory.

Ziegfeld (New Approach) and Parr nearly had the win and the lightly raced rising five-year-old took another step in adapting to Australian racing. They were 1L ahead of Sambro (Fastnet Rock) (53kg) and Jay Ford with True Detective just 1 1/4L from the winner. 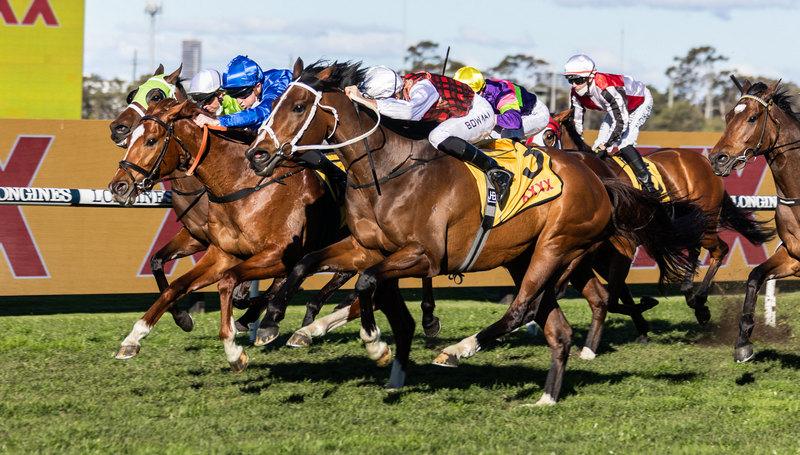 “He felt really good going to the barriers. Sometimes you just get on a horse and they fill you with confidence on the way to the gates. This horse did that to me today,” said Bowman.

“I was always going to have to go back from that wide barrier and that is his racing pattern. The pace was quite genuine and I felt he was going to finish strongly  but I needed to weave a little passage at the 300m and he delivered for me when I needed him to in the last 100m.

“He is going to start to come up against better opposition in the coming months, but he is in good form and fit and ready and those good horses are going to know he is around if they race against him,” he said.

Bowman is back riding in Sydney after riding in Brisbane and a family holiday and he secured a winning Saturday treble to remind everyone he was back with Order Again, Casino Mondal in the Midway Handicap and Starla in the City Tattersalls Club Bm 78 Handicap.

“He has been very consistent without a lot of things going his way and it was a well timed run and in typical Hugh Bowman style just got there in time,” said Waller.

“He has been running around against some decent horses, especially Bandersnatch last start was a very good win, he deserves one or two when they come is way.”

The consistency Waller mentioned is made up of four starts since May for Saturday’s win, a second and two thirds and stakes now reaching $640,275 with some $130,000 of that total over those four starts. 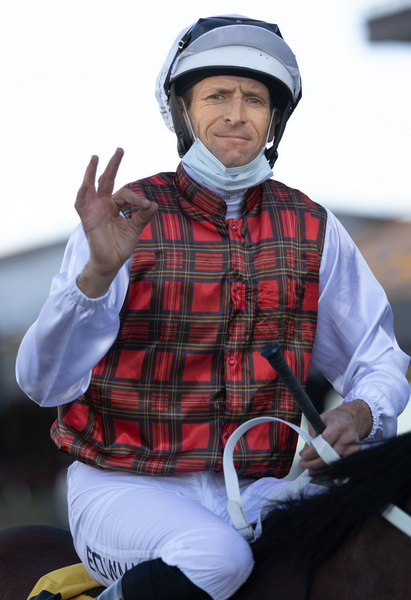 Make mine a treble, picture Sportpix.com.au