One Out lands Ballarat prize

One Out has surprised the Tony and Calvin McEvoy stable by making it to the races as a two-year-old, let alone winning in his juvenile year. But that was the case at Ballarat on Wednesday when One Out scored in the Hertz Ballarat Plate (1200m). 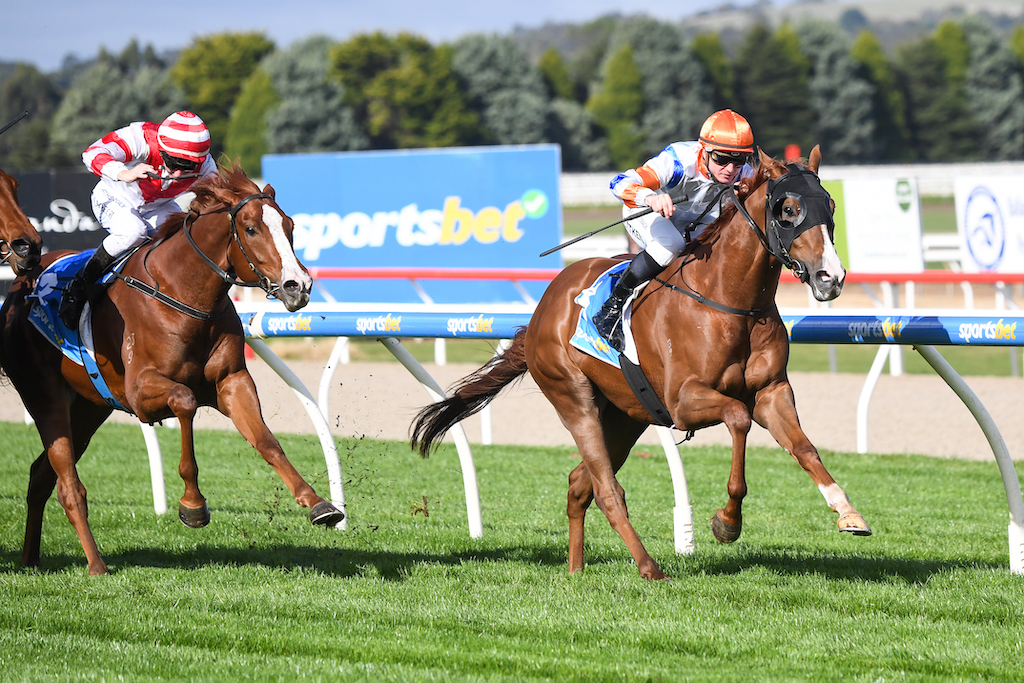 One Out scored an all-the-way win at Ballarat, picture Racing Photos

Jumping straight to the front under Mitch Aitken, One Out ($7.50) held off a late challenge from the $1.85 favourite Dashing to score by a half-length, with debutant Jatobi ($10) a long-neck away third.

“He’s done a terrific job as we didn’t think he would actually get to the races this early,” Calvin McEvoy told racing.com. “He’s just matured quickly and made improvement from his first start where he chased home a pretty smart one.”

McEvoy said One Out had been mentally fragile but had made giant strides following his debut second to Proud Conquest at Donald on May 7. He also pointed out that One Out was a brother to Outlandos that has been successful in Sydney over a staying trip.

“His full brother has won over a mile-and-a-half, so he’s going to get better next time over further,” McEvoy said. “It’s a bonus doing what’s he’s doing now.

“He’s a nice type. We didn’t think he would be expensive and luckily, we got him for a nice price.”

After racing in blinkers on debut, the McEvoys elected to resort to a one-eyed blinker on the off-side while also applying a bubble cheeker.

“He probably hasn’t gone straight a day in his life so far,” McEvoy said. “He hangs out, so we had a few minor gear changes with a one-eyed blinker and a bubble cheeker in his final bit of work and he went really straight on the sand here at Ballarat, and he worked well, so we elected to do that, and it proved the right move.”