Frankly Darling became the latest exciting youngster trained by John Gosden to advertise her talents at Newcastle, producing an impressive five-length success to light up the first fixture after British racing's shutdown. 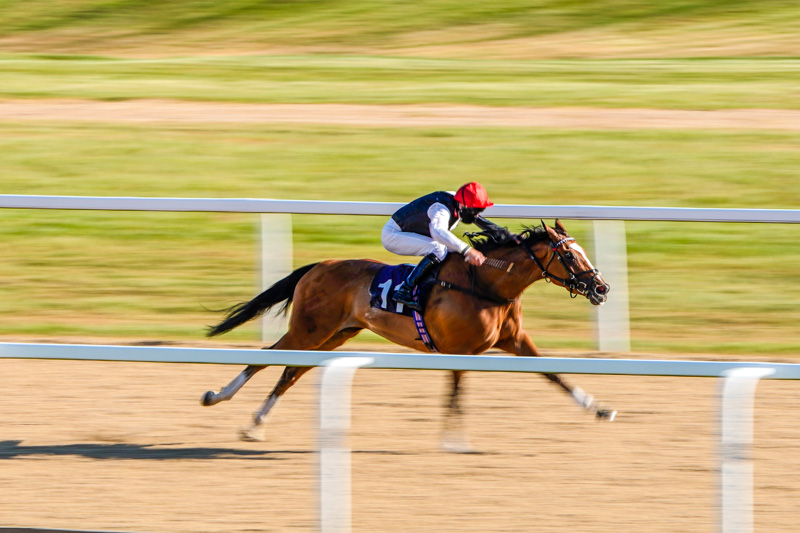 The 10-11 favourite, having her second career start, still shaped as though she had plenty to learn, but the manner in which she saw out her 1m2f assignment was quite taking.

The daughter of Frankel is now a general 12-1 chance for the Investec Oaks on July 4, with jockey Robert Havlin impressed by Monday's display while admitting his mount was still pretty green.

"Turning in I was fairly confident, she'd organised herself by then," said Havlin. "I always felt she was going to put the race to bed."

He added: "She saw the mile and a quarter out well. She's by no means a slow filly but I think she can see the mile and a half out no problem. She's filling into her frame nicely and she's going the right way."

A good end to the card for Frankel got even better when Valyrian Steel, another of the superstar's progeny, made a winning debut in the concluding maiden for Roger Varian and David Egan at 11-4.

Trainer Roger Fell had earlier made history when saddling a 1-2 in the first race after British racing's return from the Covid-19 shutdown.

The strong-staying Zodiakos caused a 22-1 upset under James Sullivan, getting the better of stablemate Al Ozzdi at 4-1 in the aptly named Betway Welcome Back British Racing Handicap.

The all-weather surface was expected to ride slower than usual due to the prolonged dry spell and warm weather, and that appeared to be the case as stamina came to the fore late on.

"It's very nice to get the first winner," said Sullivan, who has enjoyed big-race success in recent years through his partnership with Ruth Carr's Sovereign Debt.

"I think his ability to handle heavy ground helped him."

Commonwealth Cup contender Art Power announced his Royal Ascot credentials with a highly impressive victory in the second division of the Betway Novice Stakes at Newcastle.

Tim Easterby's three-year-old earned a quote of 25-1 with Paddy Power for the Berkshire Group 1, although a handicap option at the royal meeting is also being considered by connections.

The King Power Racing-owned colt, sent off the 5-4 favourite, quickened clear of his rivals in style to score by five and a half lengths.

Winning rider Silvestre de Sousa was impressed by the son of Dark Angel.

"He’s a nice horse and Tim thinks a lot of him. He’s got some classy entries, but he had to prove he could do it," he said.

"Mentally he’s not there yet, he’s still a big baby, going into the gate he didn’t know who he was and on pulling up he was waiting for the others. There’s a lot of improvement in him."

It wasn't complete plain sailing for everyone on Monday's much-welcomed return of racing, with a trio of runners withdrawn at the start across two divisions of the novice stakes (2.10 and 2.45).

A deduction of 35p in the pound occurred as a result of favourite Freedom Flyer and Ejtilaab being declared late non-runners in the first instance.

There was a sad postscript to the 1m4½f Betway Handicap as Phil Kirby's December Second could not be saved after a nasty incident in the straight.

A spokesperson for the BHA said: "We are all deeply saddened about the loss of December Second this afternoon.

"No one will be more affected by this than the trainer Phil Kirby, the owners and the stable staff, who provided the horse with first-class care throughout his life."