Grahame Begg-trained Nonconformist (by Rebel Raider) secured his berth in next month’s Caulfield Cup when scoring a narrow success in the $200,000, Group 3, Catanach’s Jewellers MRC Foundation Cup (2000m), earning exemption from ballot for the $5 million feature.

Well supported after an unlucky effort in the Feehan Stakes at weight-for-age at his previous outing, Nonconformist showed good gate speed to take up a forward position in the competitive field and was traveling as well as any of his rivals approaching the home turn.

Allowed to slide five or six horses deep entering the Caulfield straight, Nonconformist quickly asserted control of the race but had to show a tonne of courage to fight off the strong late challenge of Delphi (GB) (by Galileo) close to the line.

Stout stayer Tralee Rose (NZ) (by Tavistock) did her best work over the closing stages to fill the minor placing, albeit safely held by the first two horses across the line. 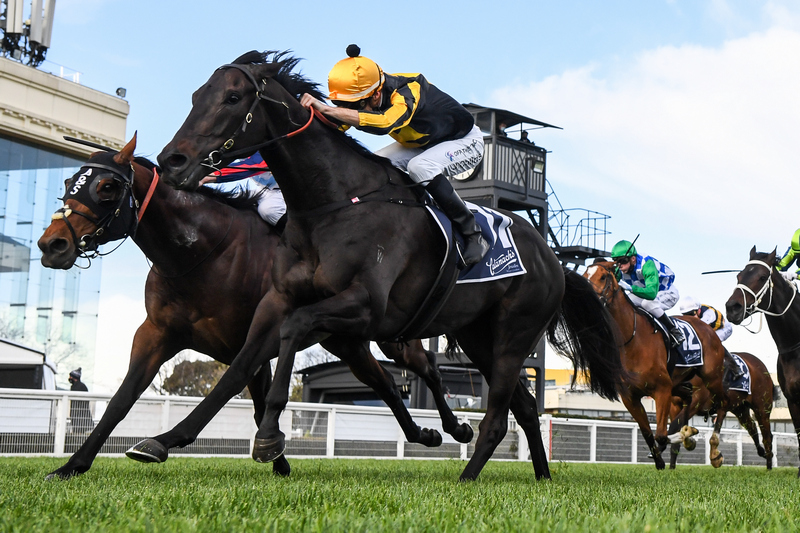 Speaking after the win, Begg was quick to praise the winning ride of Jordan Childs. Significantly, it was the hoop's only mount of the day on the Caulfield program.

“Great ride,” remarked Begg. “We had a long talk yesterday and then going into this morning about tactics and things like that. He [Childs] executed it very well.

“Very pleased for Jordan because it has been a bit hard for him getting back, but it's really good. At least this horse has been kind to him over a period of time. He’s had good success on him, but the staff have done a great job with him.”

Begg observed in regards to Nonconformist: “He’s a good solid horse for the stable. We’ve looked after him. He’s very lightly-raced for a five-year-old and we’ve always backed off him and given him time. We haven’t overtaxed him. Hopefully to have a horse going when he’s five and six-years-old, and maybe even at seven or eight.

A late maturing son of Rebel Raider, Nonconformist has now faced the starter on 17 occasions, claiming five of them and placing another six times for $654,800 in earnings. The 5-year-old's other wins include the Group 2 Alister Clark Stakes and Group 3 Coongy Handicap, both over today's trip of 2000 metres.

Nonconformist scored by a short-head from Delphi, with two-and-a-quarter lengths separating second and third.