Andrew Noblet is hoping a little less weight and a slightly firmer track will swing the Australian Hurdle in the favour of Out And Dreaming at Sandown.

Out And Dreaming has finished second and third to Saunter Boy (Fr) at his last two appearances, but in the Australian Hurdle (3900m) on Sunday has the better of the weights. And the track, rated a Slow 5, is more to his liking than the heavy ground at Warrnambool last time when they met in the Galleywood Hurdle (3200m).

On that occasion, Out And Dreaming was beaten just over a half-length into third place getting 3.5kg from Saunter Boy (Fr), while on Sunday there is 6kg between the pair.

The rise to 3900m is something new for Out And Dreaming, which for Noblet is a slight question mark.

"They're not run at a breakneck speed those races," Noblet said. "He jumps well and if he jumps them clean then the trip should be no problem."

With two-and-a-half weeks between runs, Noblet was surprised with how his charge came through Warrnambool where Saunter Boy (Fr), Out And Dreaming and St Arnnica broke away from their rivals.

"I thought it was a great race," Noblet said. "We ran well, the second horse was very good. The winner looked gone a couple of times, but it was probably his flat ability that just edged us out at the end. It was on from the 1000 (metres) that race and it was a hard slog, but he came out of it really well.

"We've got to get the trip and try and beat the best hurdler in Australia at the moment, but it'll be another exciting race and I'm expecting him to run well."

Saunter Boy (Fr) won the Australian Hurdle last year after finishing out of a place in the Galleywood, while Out And Dreaming won at the corresponding meeting last year in a restricted hurdle.

"We didn't come to this race last year, but he's more seasoned this time around, so hopefully he can run the trip," Noblet said. 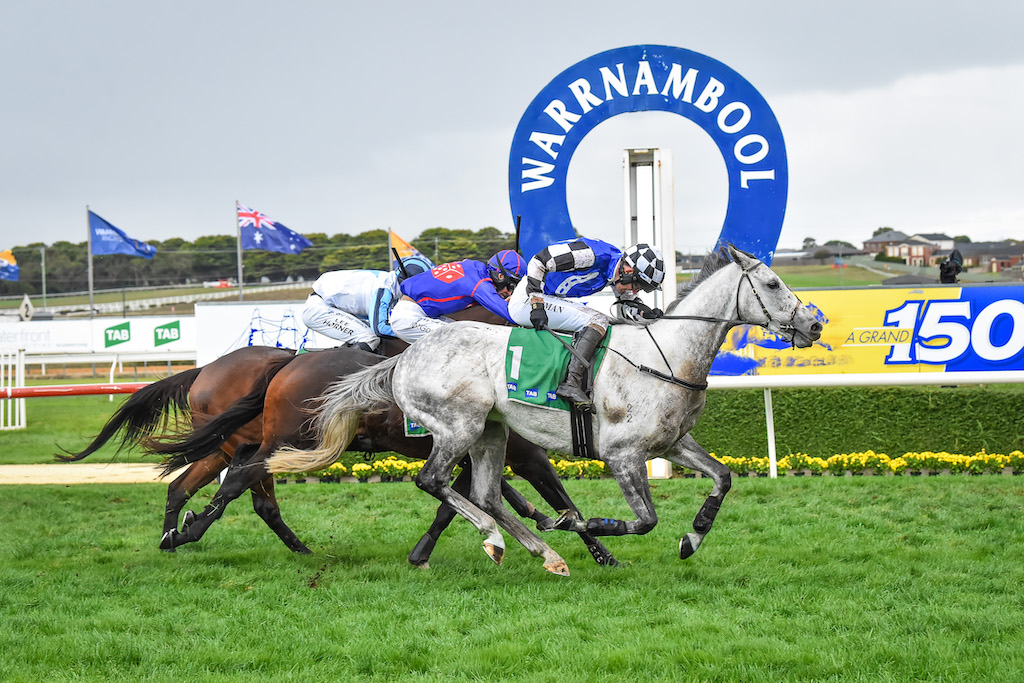 Saunter Boy won out in a titanic finish at The 'Bool, picture Racing Photos