Noble Boy returned to the winners circle for the first time since April last year aided by a good ride by Jason Collett as they took the $150,000, listed KIA Winter Stakes (1400m) at Rosehill on Saturday.

Trained by Todd Blowes last year, Noble Boy had a purple patch of three wins in succession including the Country Championships over 1400m at Randwick on April 6th. Transferred to Warwick Farm’s Clare Cunningham earlier this year the five-year-old started to display a return to that form with a third to True Detective in the Benchmark 94 over 1300m at Rosehill on June 13th.

On Saturday Collett settled Noble Boy (54kg) back in the field as Taikomochi (58kg) and Quayde Krogh led the field at a stop start pace across the top and into the main straight. With the field out in the middle of the track Collett took the shortest way home going to the inside of the pack some four off the rails.

Taikomocki drifted in forcing Noble Boy further in towards the inside on the Heavy 8 track. However Noble Boy coped well and he was leading from the 200m and then kept  out a wall of runners outside to win with a neck margin.

Noble Boy and Jason Collett with the challengers lining up outside, picture Sportpix.com.au

“He came into the stable and we are just learning about him every day basically, every start. We were pretty confident we had him spot on today. He went to the start strong and even in the run he was travelling and he allowed me to do what I did to go up the side. I just knew I had plenty of horse under me,” said Collett.

“I had Trumbull in my sights the while way. He came under pressure before the straight. I was travelling really well and when they get through the ground and they are travelling like that you van generally be confident and I took the risk (of the inside),” he said.

“We have just being trying to put the horse first. Obviously being a first preparation we had a lot to learn about him. It is nice that the plan has been pulled off,” said Cunningham.

Cunningham paid tribute to the stable team who have helped with Noble Boy, including her partner Collett, although she cautioned with a laugh that with Collett’s recent excellent winning streak she did not want to offer too much praise in that direction in case he got ahead of himself.

The win was another double for Collett after earlier winning with Rothenburg in the TAB Highway Handicap. They took his metropolitan tally to 48.

Noble Boy is a five-year-old Bon Hoffa gelding out of the Manner Hill mare Dignity Lady. Raced by Mrs D M Smart, Mr J C Braun, Mr G V Cocking, Mr A J Theuma and Mr P K Chudleigh this was his eighth win from 18 starts and his earnings at now approaching the three quarter of a million mark at $735,375. 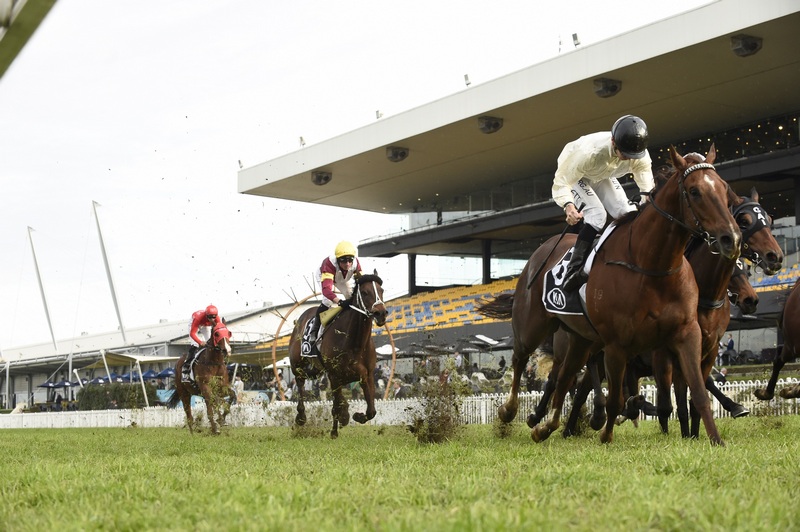 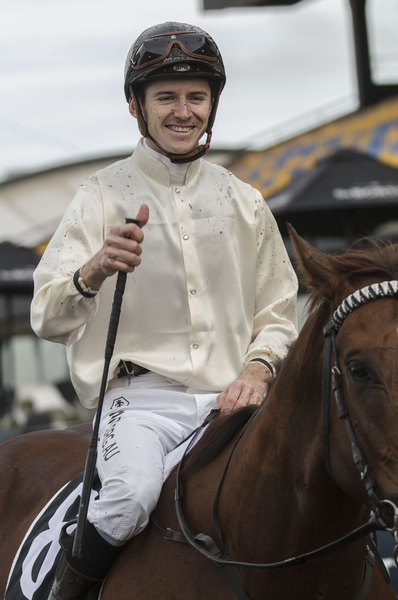