No fairytale finish for Glen Boss

With three Melbourne Cup victories to his credit, Glen Boss was denied a fairytale end to his illustrious career at Caulfield on Saturday. The 52-year-old ended his 37-year career in the saddle by finishing fourth on the $1.40 favourite Spanish Mission (USA) in the Group 2 Zipping Classic (2400m).

Boss is best remembered as the jockey who rode Makybe Diva to her three Melbourne Cup wins, but in a career that commenced in 1985 in Queensland, he piloted 90 Group 1 winners.

He plied his trade throughout Australia while also riding in New Zealand, Hong Kong, Singapore, Japan and the USA, and retires with more than 2400 winners. 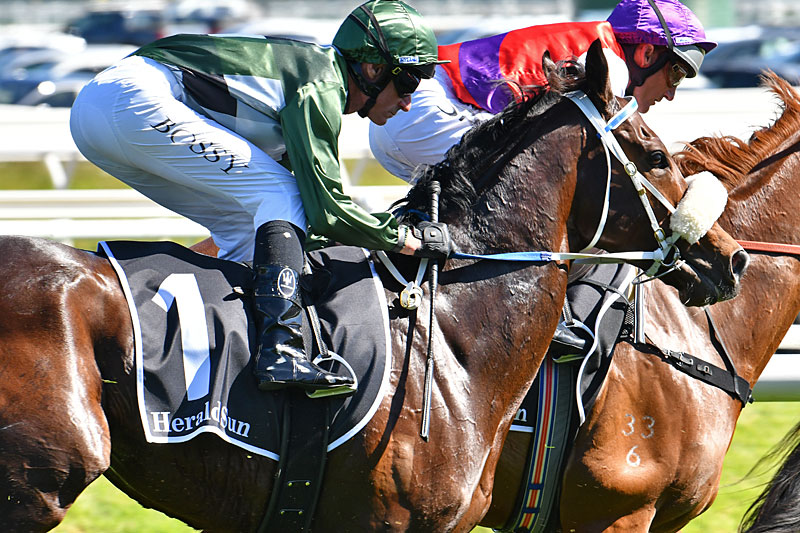 While disappointed he could not go out on a high-note, Boss could not have given Spanish Mission (USA), who had finished third in the Melbourne Cup at his previous outing and was having his first start for Peter Moody, a better ride.

“That colt gave me a wonderful ride throughout the race,” Boss said. “There was hardly a step in that race that I didn’t feel a winner, but once I got to the 500-metre mark I asked him to come up underneath me and he wasn’t there. To his credit he tried very hard.

“Like I said, the result was not going to define my career. Just being here today, being in front of this Melbourne crowd, having my family here, and I want to thank everybody. It’s been a wonderful journey. It’s been a tough time at times the journey, but when you do the scales the good times far outweigh the bad times.”

Boss was asked how the kid from Gympie, who rode his first winner in 1985, would define his career.

“He’d be mind blown, to be honest, but at the same time he expected it,” he replied.

The @Channel7 team catch up with @boss_glen to thank him for his contribution to the sport 🐎 pic.twitter.com/3fxkYIEisx