No Exposure problems for favourite at Flemington

Damian Lane and Over Exposure have made amends for a luckless pre-Christmas performance with a comfortable victory in the $125,000 Furphy Refreshing Ale Trophy (1600m) at Flemington on Saturday.

At their previous outing on December 19, Over Exposure and Lane were beaten into third place behind Vassilator in a 1400m handicap when unable to obtain clear galloping room at a vital stage.

There were no such exposure problems on Saturday as the gelding, the $2.50 favourite, raced to a 1-¼ length victory from Heavenly Emporer ($3.40) with Declaration Girl ($6.50) three-quarters-of-a-length away in third spot.

Lane said he was happy to have got aboard Over Exposure after Luke Currie was stood down from riding at that Flemington meeting late last month having returned from Sydney requiring a COVID-19 test.

“He was good at Pakenham first-up when he went in a bit fresh and (it was) a bit sharp for him,” Lane said.

“Second-up here, I was lucky I picked up the ride from Luke Currie and only a little bit of pilot error got him beaten that day.

“So, I was very happy to retain the ride and I’m very grateful to Tony and Calvin McEvoy and the connections as he was too good today.”

Over Exposure was a stakes winner of the C S Hayes Stakes at Morphettville last March and Calvin McEvoy, who trains in partnership with his father Tony, said the Group 2 Blamey Stakes (1600m) at Flemington on February 27 was a target for the gelding.

He said the Group 3 Carlyon Cup (1600m) at Caulfield on February 6 was a potential support race along the way.

“We’re going to try and target him at the Blamey (and) if that means he needs a run in the Carlyon Cup first, he’s up to that level,” McEvoy said.

“He’s come through all his niggling injuries and those things that have happened to him earlier in his career.

“He’s a lovely sound horse now and I think we’re going to be rewarded.” 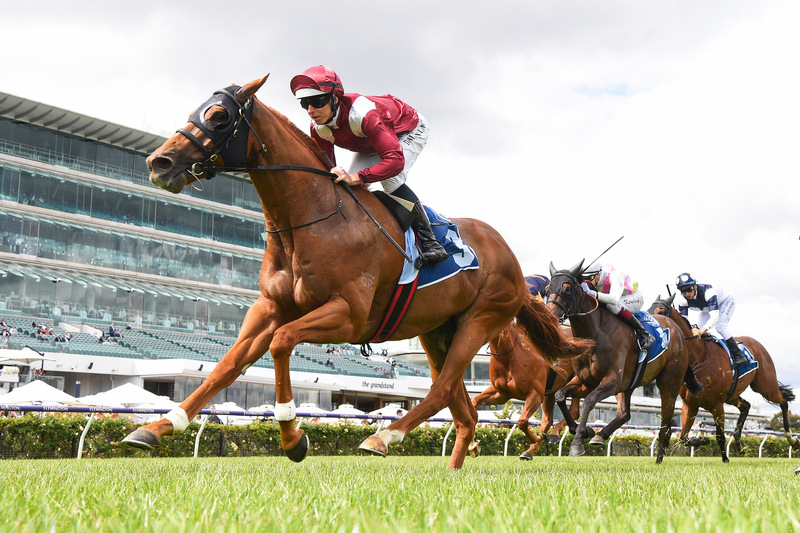