Nine for the Up & Coming Stakes

A field of nine will contest the Randwick feature on Saturday, the $160,000, Group 3 Quincy Seltzer Up And Coming Stakes (1300m) for three-year-old’s with the Maher and Eustace trained Holyfield the top-weight carrying 59kg.

Holyfield, by I Am Invincible, won the Group 3 Baillieu Stakes over 1400m at Rosehill in March before finishing his season with a ninth in the Group 1 Champagne Stakes over 16700m at Randwick on April 18th.

The colt has trialled twice in preparation for his return with the last over 1000m on a Heavy track at Rosehill on August 4th for a second to Fun Fact.

The Hawkes’ stable have accepted with North Pacific for the Brazen Beau colt’s second run for black type. The colt made his debut in similar company when third to the eventual Group 1 Golden Slipper winner Farnan in the Group 2 Silver Slipper Stakes over 1100m at Rosehill back in February.

Spelled after that run he returned to the race track for a smart win over 1100m at Rosehill on a Heavy 8 track on June 11th. The stable sent him out on August 4th for a tune up trial win over 900m at the same track.

North Pacific will carry 56.5kg under James McDonald with barrier one.

The Snowden’s Smart Image has 54.5kg and barrier four.  The Smart Missile colt has progressed from a maiden win on debut at Warwick Farm to winning at Rosehill over 1200m on July 25th.

The Waterhouse and Bott stable have accepted with both Marsanny and Yardstick, the Criterion colt who won on debut at Canterbury over 1100m on a Heavy 8 on July 22nd.

The Waller stable have Oscar Zulu with 53kg under Kathy O’Hara and barrier eight. The Epaulette gelding was not able to finish off his last race over 1200m at Rosehill on July 25th due to interference. He won on debut over 1100m at Gosford on June 30th.

The track is rated a Heavy 9 on Wednesday after 75.7mm for the last seven days.

The rail will be out 11m from the 1600m to the Winning Post and 8m for the remainder of the circuit. 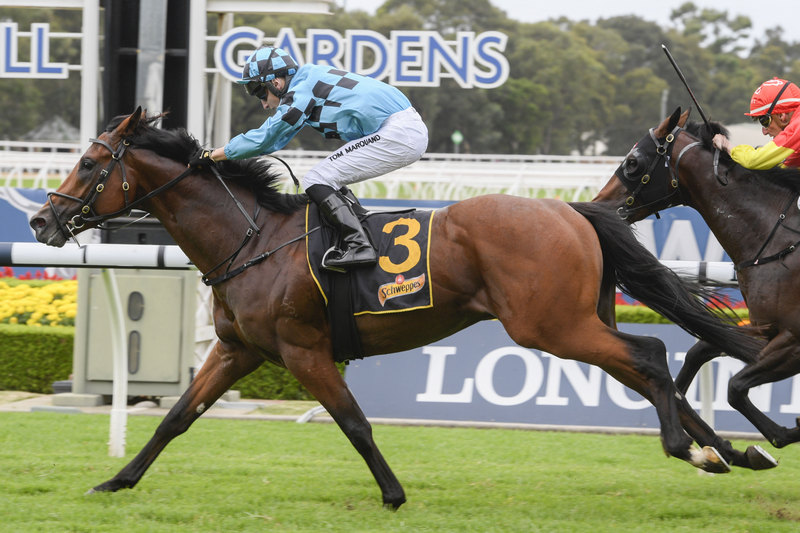