Night’s Watch has been penalised 1kg, taking him to 52kg in both races, after his win in the Group 3 East Malvern Bendigo Bank MRC Foundation Cup (registered as the Naturalism Stakes) (2000m) at Caulfield on Saturday, a ballot exempt race for the $5 million Caulfield Cup on 20 October.

As a result, the five-year-old gelding has moved to the head of the Caulfield Cup ballot alongside fellow exemption winners Best Solution, Grunt and Kings Will Dream, however he has not passed the ballot for the Melbourne Cup at Flemington on 6 November as he is yet to race at 2300m or further. 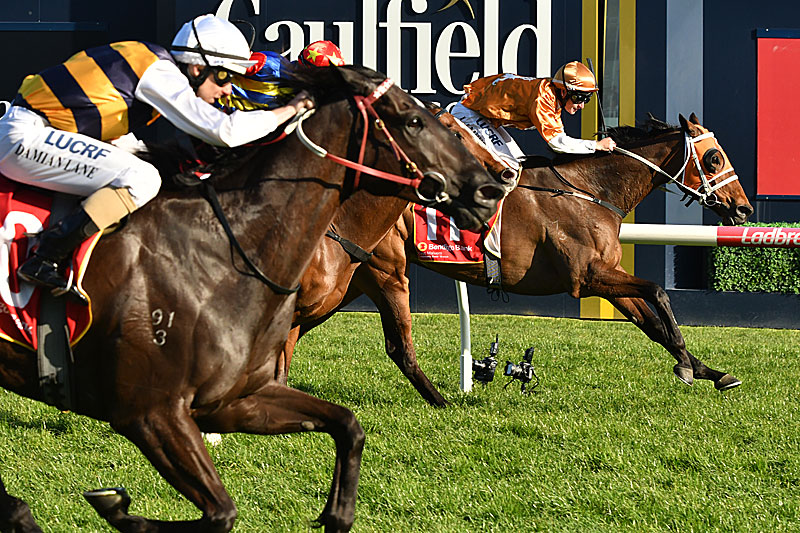 Miss Admiration also became eligible for a penalty in both Cups by winning the Group 3 Colin Stephen Quality (2400m) at Rosehill on Saturday.

Carpenter announced that the Mick Price-trained four-year-old mare has not received an actual penalty for either race, however her benchmark weight in both Cups has been amended and as a consequence Miss Admiration has moved up the ballot in both races.

Retaining the limit weight of 50kg in both races, Miss Admiration has moved from 67th position to equal 49th spot in the Caulfield Cup ballot and in the Melbourne Cup ballot she has moved from 71st spot to 53rd position.

Carpenter said: “Night’s Watch was a narrow but impressive winner of the Naturalism Stakes in a very strong renewal of the race and the merit of his victory warranted a penalty of 1kg.

“Miss Admiration was placed in both the Australasian and ATC Oaks in her three-year-old season and while this year’s Colin Stephen Quality was not the strongest renewal of the race she finished powerfully along the rails to beat Shalmaneser and Sin to Win.

“She remains on 50kg, but her weight below benchmark weight in both Cups has been amended to acknowledge her victory advancing her in the ballot for both races.”