Group One trial for Drum Major

Promising two-year-old Drum Major will be on trial for a tilt at Group One glory when he lines-up in the HR Jones & Co Ltd 2YO (1200m) at Awapuni on Saturday.

The Team Rogerson-trained colt has placed in both of his starts to date, and if he makes a good account of himself this weekend he could head to Ellerslie next week for the Gr.1 Sistema Stakes (1200m), or return to Palmerston North next month to tackle the Gr.1 Courtesy Ford Manawatu Sires’ Produce Stakes (1400m).

“He is a lovely horse, but he is not a natural two-year-old,” said Graeme Rogerson, who trains in partnership with wife Debbie.

“I have put blinkers on him to sharpen him up a bit, but his form has been very good.

“I gave him a little break after Matamata, he has been working well and he trialled enormous, he ran home really well.

“It’s quite a good field, there are a lot of hopes in that race on Saturday.

“If he runs well we will decide whether we go to the Sistema or the Sires’. He may be a Champagne (Listed, 1600m) horse, but we will just play it by ear.”

Another Rogerson runner in line for a Group One assignment is talented but erratic filly Ezdara.

The daughter of Sacred Falls was pulled up last start by jockey Jasmine Fawcett after veering wide ahead of the crossing after leading early.

“She spotted the gap and wanted to run out,” Rogerson said.

“Ryan (Elliot, jockey) has ridden her at trackwork a couple of times and she has galloped exceptional.”

Ezdara had been in good form prior to that run, placing in the Listed Oaks Prelude (1800m) at New Plymouth last month, and a start in the Gr.1 Al Basti Equiworld New Zealand Oaks (2400m) hinges on Saturday’s result.

“If she runs up to form, I think she will be very hard to beat,” Rogerson said.

Looking ahead to the New Zealand Derby meeting at Ellerslie on Sunday, Rogerson is looking forward to lining up Mascarpone in the Gr.3 Haunui Farm King’s Plate (1200m).

The four-year-old gelding placed behind Avantage and Callsign Mav in the Gr.1 BCD Group Sprint (1400m) at Te Rapa last month, two rivals he has evaded in Sunday’s field.

“He is a really good horse when he puts it all together,” Rogerson said. “He has drawn a bad alley (10), but what will be, will be. He has certainly got the ability.”

Rogerson will also have the one contender in the day’s feature race, the Gr.1 Vodafone New Zealand Derby (2400m), in Edge Of Wonder.

Rogerson has been battling a race against time to get the son of Tavistock to the Derby after clipping heels with Waimoku Falls in the Karaka Million 3YO (1600m) in January.

“He has had a lot of chiropractic work on him, and we have been massaging him. Hopefully he gets back to his best, because he is quite a handy horse,” he said.

“There is only one Derby and we are having a throw at the stumps. Ryan (Elliot) didn’t think we would get him to the Derby and he took another ride (Tribute King). I have put young Willy Pinn on him, he is a very up-and-coming jockey.” 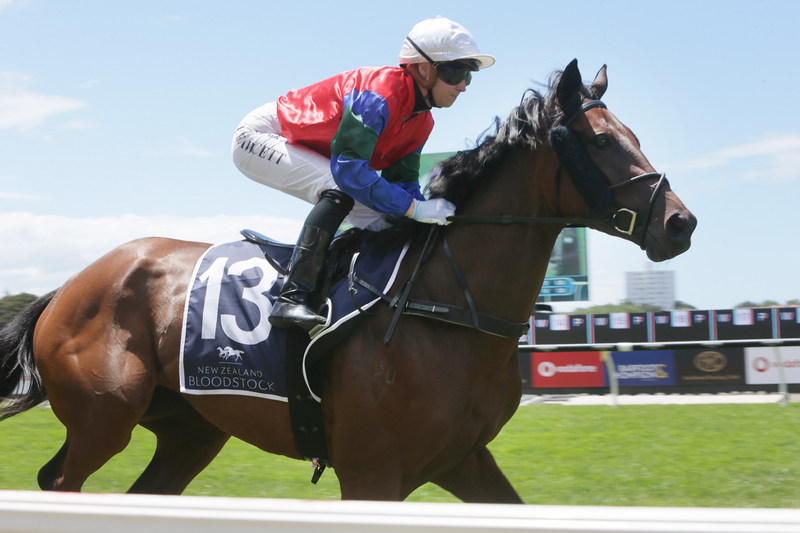 Canterbury trainer Ross Beckett is in no hurry for his talented filly Larpower to break a winning habit.

Power three-year-old Larpower goes into Saturday's Listed NZB Insurance Stakes (1400m) at Wingatui having won in all six of her public appearances, four at the trials and both her raceday starts.

"She's done a great job so far. Winning is a pretty good habit to have," Beckett said.

Larpower won trials at Rangiora, Ashburton and Riccarton before making a winning debut at Timaru in late December, beating three horses who have won races since.

She headed to Wingatui for her next start and won a 1200m three-year-old race in January, beating home Saturday's race rivals Adannaya and Choux In.

She returned to the trials at Ashburton last month and closed strongly to win over 1000m, with runner-up Kitty Cugat winning a Rating 65 race at Riccarton last week.

"We were more than happy with her trial. She settled out the back and ran on nicely," Beckett said.

"We just wanted to see her settle off the pace and she did it well and the second horse of Terri Rae's won at Riccarton last week too so the form looks pretty good.

"She hasn't raced for a while but her work this week has been really good. Terry Moseley rode her this morning and he gave us a glowing report."

Beckett's biggest worry is overcoming barrier 11 in the 12-horse field.

"We were hoping for a good draw to sit just in behind the pace. Kin (Kwo, jockey) knows her and it's his job now. We just don't want to be sitting three-wide around that big corner down there.

"She's been to Wingatui before and had the benefit of a trip away. I'm really happy with her. She keeps on winning and we'd like to think she's in with a good show again."

TAB bookmakers have Larpower as an equal $6.50 fourth favourite with Kitty Cugat in a market headed by Showemhowitsdone and The Gift at $5 and Cambridge visitor Sweet Hunter at $5.50.

Larpower's rise has been something of a surprise for Beckett, who trains her for good friends Grant and Philippa McKenzie.

"She showed nothing early on. One day, one of the girls riding her said 'she's starting to get on the bit now' and she has never looked back since," he said.

Safely through Saturday's race and with another good performance under her belt, Larpower will continue to target South Island Filly of the Year races such as the Listed NZB Airfreight Stakes (1600m) at Riccarton on April 10, Beckett said.

"There are some really nice fillies' races through the autumn down here," he said.

Beckett will also look to raise the bar for talented mare Beneficial, who capped a string of good performances in feature races with a long overdue fourth win of her career at Riccarton last week.

She tackles the Speight’s 1600, also with Kwo aboard.

"She deserved that last win. She's just been beaten in some pretty good races and we think she can be competitive again on Saturday," Beckett said.

"The horse of Brian Anderton's (Gallant Boy) is the one to beat but our mare has trained on well. She's just a length off being a really top horse."

The Gr.3 Valachi Downs South Island Breeders’ Stakes (1600m) at Riccarton on March 27 looms as a likely target for Beneficial.

Beckett's other runner at the meeting is two-win gelding Just Tickety Boo in Rating 65 company.