The Group Three winner won four of his six starts for Pukekohe trainer Nigel Tiley and was placed in the Gr.1 Levin Classic (1600m) and Gr.2 Auckland Guineas (1600m).

The son of Proisir has joined Waterhouse and Bott with a view to targeting lucrative races in the spring, with the A$7.5 million Golden Eagle (1500m) a potential target.

“He has certainly mixed it with the best in New Zealand and looks to be a really exciting horse to come over,” Bott said.

“He is owned by Alan Galbraith, who we have trained for previously. He is a son of Proisir who Gai trained many years ago and now stands at Alan’s stud Rich Hill in New Zealand.

“We are really excited to get the opportunity to train this horse because it looks to be a particularly strong crop of three year olds to come out of New Zealand and we are very fortunate that Nigel Tiley has put plenty of foundation and conditioning on this horse before sending him over.

“He has arrived in fantastic shape and won’t take much work to be ready to be seen at the trials for us.

“What we have seen from that form I think he will be very competitive for us over the carnival.” 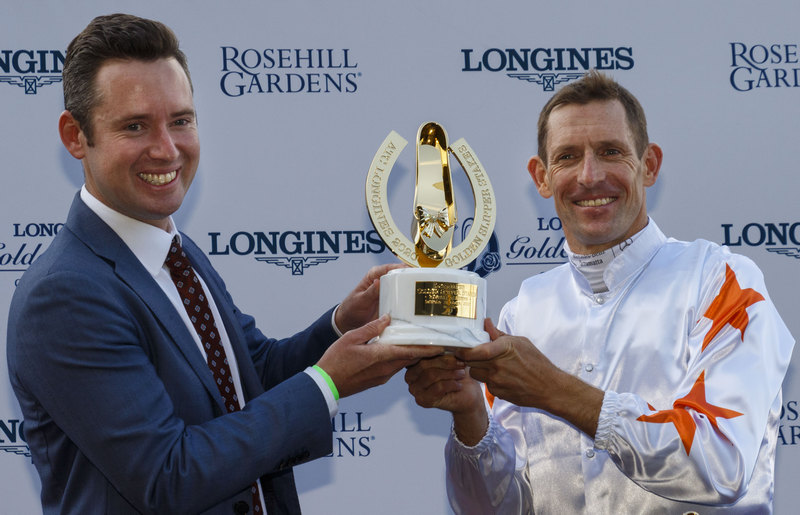 The Bob Peters-owned Showmanship (NZ) is currently en route from Western Australia to Victoria where he will join a quartet of well-credentialed stablemates.

Showmanship is the winner of five of his six starts and the New Zealand bred son of Showcasing adds further ammunition for Peters ahead of a strong assault on the Victorian Spring Carnival.

“He’s doing everything we ask of him,” Peters said.

“We’re just keeping him to the shorter races for now because he is handling them quite well and I have got no reason to change that. I will probably be looking for a 1200m race for him.”

Stablemates Arcadia Queen and Regal Power are likely to kick off in the Gr.2 P.B. Lawrence Stakes (1400m) at Caulfield on August 15 before targeting the Gr.1 NZB Memsie Stakes (1400m) a fortnight later.