Needing the 5,000: Goodwood hopes to have members at one of the days of Glorious meeting

British racing could be on the cusp of a major step forward in its quest to resume some sort of normality after it emerged Goodwood is potentially in line to host around 5,000 people on one of the five days of its Glorious festival.

Following the announcement that French racecourses are now allowed to accept up to 5,000 people per fixture, Goodwood managing director Adam Waterworth has repeated his desire to welcome back annual members at a government-approved test event during the track's signature five-day fixture, which begins on July 28.

After Ascot on Saturday ruled itself out of contention to have racegoers on Qipco King George VI and Queen Elizabeth Stakes day on July 25, Goodwood is thought to be the first candidate to bring spectators back to racing, providing the Department for Digital, Culture, Media and Sport decides progression to the next stage of elite sport's revival from shutdown can be activated.

"DCMS are talking about test events taking place sooner rather than later with a number of sports," said Waterworth.

"We are hopeful racing will be one of those sports and we believe DCMS is supportive of racing holding one of those test events. We would love to stage a trial at Goodwood, we have put our name forward and we think we can demonstrate that racing can allow a crowd in safely."

Waterworth added: "My argument has been now that outdoor events are taking place, surely racecourses should be allowed to take a limited crowd?

"My understanding is the government's approach is not about allowing a finite number of spectators because different venues will have different capacities based on social distancing. However, by the time we have let in our 4,000 members, maybe four owners per horse and some of our sponsors and corporate guests, we would probably have enough people to stage a genuine trial. We are very keen to do it."

Confirming Ascot's King George meeting would have only participants and professionals on course, Nick Smith, director of racing and public affairs, said: "We won't have spectators during King George weekend. That would be too early but we are very happy to be in the conversation for future dates."

A spokesman for the RCA said: "The government is consulting with a range of sports (including racing) to determine safe ways to return crowds to elite sporting venues. No decisions regarding test events or timings have been taken and the RCA together with other racing stakeholders will continue to work with DCMS to consider all options.

"The RCA and its member racecourses look forward to welcoming crowds at the earliest safe opportunity."

The new French rules stipulate the 5,000 attendance must include everyone working in any capacity at a racecourse, while all those present are required to wear a face mask and adhere to strict social distancing protocols.

Welcoming the change of policy, introduced with immediate effect on Saturday, France Galop chief executive Olivier Delloye said: "It’s a great relief to be eventually allowed to welcome up to 5,000 people. However, I think we must remain extremely careful as the virus is still there. As such, it’s not yet back to normal life on racetracks – people will have to wear a mask, for example – but I’m glad that owners, breeders and racing fans can go racing again."

That sentiment was echoed at a sparsely populated Newmarket by last year's Prix de l'Arc de Triomphe-winning jockey Pierre-Charles Boudot, who said:  "It's very good news for French racing and I'm very excited that we can now see the public on racecourses. It is very important this has happened." 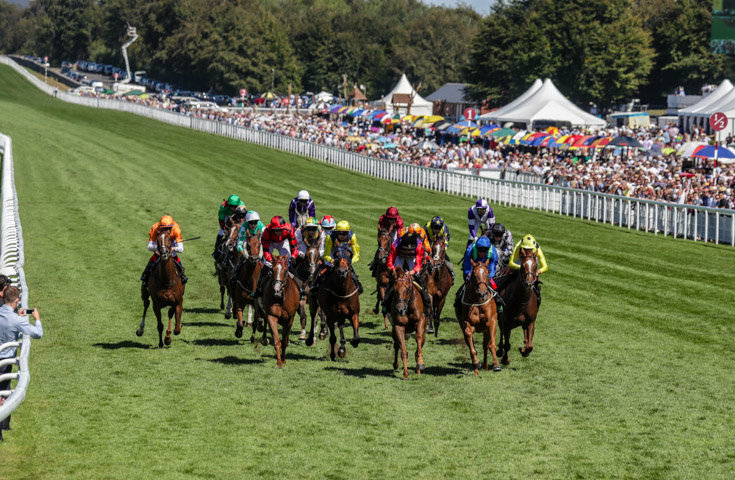